How to play Daily Fantasy E-Sports 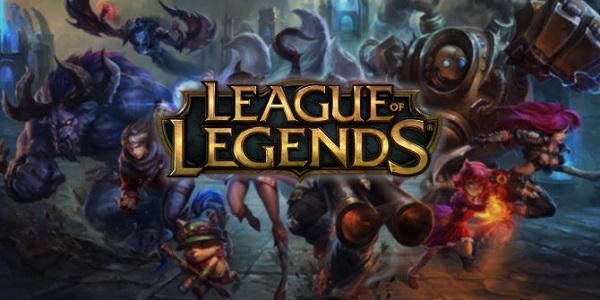 There’s no doubt that E-Sports have burst onto the world scene over the last few years and they are most certainly here to stay. Punters were introduced to betting on E-Sports recently through online gambling agencies and now the next step seems to have taken place as Daily Fantasy Sports fans can now get involved in E-Sports, particularly League of Legends, through DFS juggernaut DraftKings!

DraftKings offers weekly tournaments for League of Legends events ranging anywhere from $1 to $100 buy-ins. If you’re new to League of Legends, we have a quick guide on how the game works below and some tips to creating the best daily fantasy lineup you can! 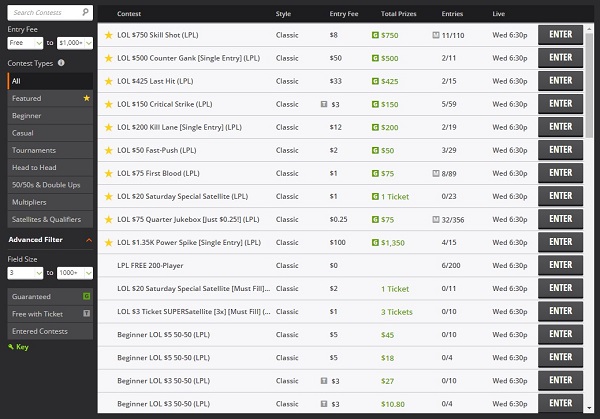 What is League of Legends?

League of Legends is a team-oriented strategy game. The goal is to work with your team, made up of five players, to bring down the enemy ‘Nexus’ which is located in the middle of their base before your opponents bring down yours. Sounds simple right? However, the detail in League of Legends is almost infinite making no two games alike.

Players start by selecting a champion (character) from a list of 137, all of which have different special abilities, different strengths and different weaknesses. During the early parts of the game, the goal for players is to make their champions stronger so that they can be more effective when attempting to take down the opposition Nexus. Champions get stronger in two different ways, the first of which is levelling up through taking down or assisting in taking down opposition champions and minions.

The second way a champion can level up is through buying items. Gold earned through killing enemies in a match can be put towards special items that make champions stronger. Players will position themselves in one of the three ‘lanes’ in the standard League of Legends map and begin battling with opposition to destroy their champions and turrets which line their half of each lane before eventually advancing to destroy the enemy Nexus and ultimately win the game.

That’s the simplest breakdown of the game, for a more detailed description you can check out the five-minute video below.

How does League of Legends translate to fantasy sports?

So what you’re probably wondering now as a daily fantasy sports fan is how League of Legends translates to fantasy sports and DraftKings in particular? Well here is the simple breakdown of how players earn points and the rules of the game.

Players get points for a range of different in game achievements such as kills, assists, creeping and additional points at the end of the match if a certain quota of kills/assists is met. Players also get points when their respective teams destroy a turret, dragon, baron, capture the first kill of the game, earn a win and receive bonus points for a win in quick fashion.

Most League of Legends matchups are played in best of three game series. Therefore, players and teams will also accumulate bonus points for winning a series in ‘straight sets’. Check out detailed list of how players score points in LOL fantasy sports below. 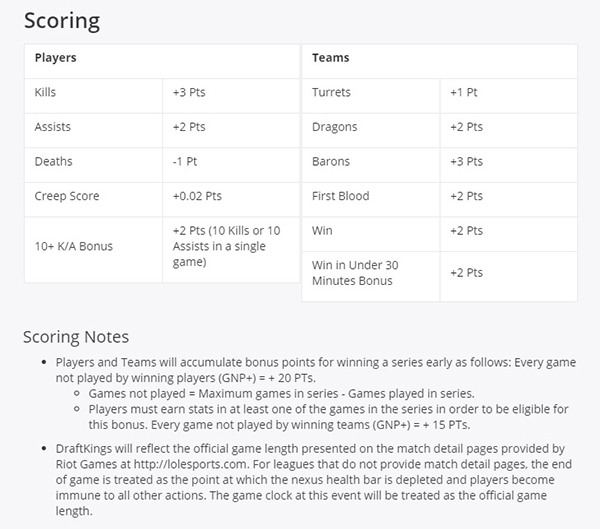 Strategies for your lineup

The great thing about League of Legends and E-Sports in general is that because the entirety of the competition is played within a computer program, comprehensive stats are more readily available than most other traditional sports. The LOL E-Sports website has a range of useful stats for every match including total kills, kill death ratio, kill participation, assists, score per minute and many more.

Use these stats to translate them into fantasy points and determine who will be the best for your team. The one piece of advice that seems common amongst all League of Legends daily fantasy players is to look for damage and kill participation stats more than kills alone, as sometimes certain players can come in at the last minute and finish off the last bit of damage to earn a kill but aren’t necessarily the best players. Check out the video below for more LOL daily fantasy tips and tricks.