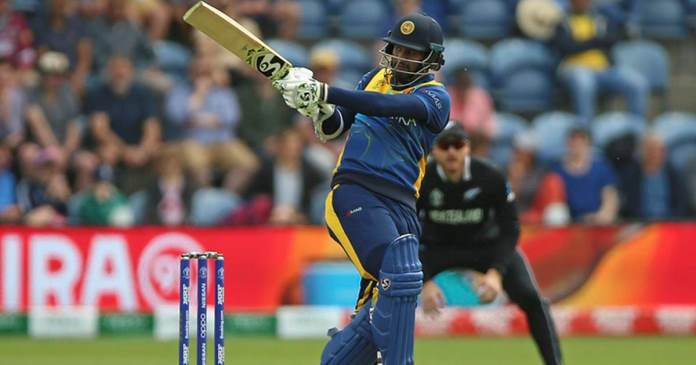 Game 7 of the 2019 ICC Cricket World Cup will see Afghanistan take on the Sri Lankans at Sophia Gardens this Tuesday, starting at 7.30 PM AEST.

Both sides come into this match after big losses in their opening matches of the tournament. Afghanistan faced Australia, where they batted first and scored a respectable 207 off 38.2 overs, but the Australian’s reeled in their total comfortably, in the 35th over to win by 7 wickets.

Sri Lanka batted first against New Zealand where opening batsman Dimuth Karunaratne carried his bat, scoring an unbeaten 52 as his side crumbled to be all out for 136 in the 30th over. The New Zealand openers both brought up unbeaten half centuries to give them a 10 wicket victory in the 17th over.

MoneyBall and DraftStars will both be running the top fantasy cricket contests. Both sites will each have a major contest that offers $3,000 in prizemoney with a $15 entry fee. They also have a host of smaller contests available for those who want to have a practice run, or perhaps try it out for the first time.

Daily Fantasy Rankings also have an exclusive cheat sheet available for this game. Check it out here to help you pick the best teams you can for this match!

Rashid Khan – AFG ($18,110 DraftStars) ($7,700 MoneyBall)
Khan is a handy All-Rounder who can score big runs in a hurry, as seen in Afghanistan’s match against Australia, where he clobbered 5 boundaries, including 3 sixes, to score 27 off 11 balls. He also snared the wicket of Usman Khawaja, eventually bowling more overs than any of his team mates, despite being the fourth change.

Don’t be surprised if his performances with bat and ball see him elevated in the order in both aspects. Against a weaker side that were smashed in their opening game, he could be in for a big performance here.

Mohammad Shahzad – AFG ($14,800 DraftStars) ($6,200 MoneyBall)
The opening batsman and wicket-keeper for the Afghanistan side, had an opening match to forget as he got bundled out for a duck on the third ball of the day and then failed to make a dismissal with the gloves.

His career average though shows that he averages just over 1 dismissal per game and a very handy 34 with the bat, after 83 ODI’s. Given his role in the side, he stands the best chance of getting a good score here, and isn’t over-priced either.

Suranga Lakmal – SRL ($10,500 DraftStars) ($6,300 MoneyBall)
Lakmal had a disappointing opening match against New Zealand, where he opened the bowling and went for 28 runs off 4 overs and failed to get a wicket. He scored 7 steady runs off 13 balls batting at 10, outscoring all but three of his team mates. In his 46 ODI’s he’s averaged 8.62 with the bat and hit just 19 boundaries and has only bagged a trio of 4 wicket hauls, meaning he score’s slow and meekly and doesn’t usually take bags of wickets either.