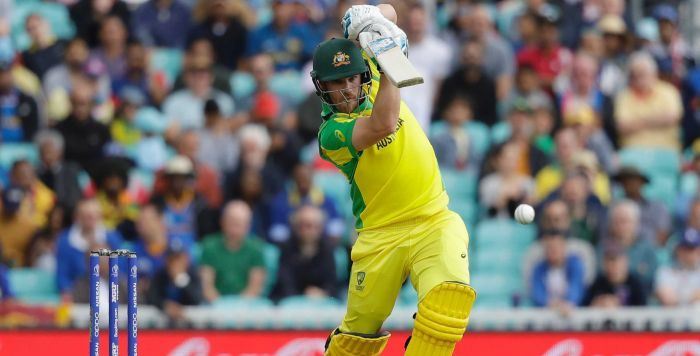 Game 26 of the 2019 ICC Cricket World Cup will take place at Trent Bridge this Thursday, where the high-flying Australian side takes on a very competitive Bangladesh outfit.

Australia eased into their World Cup campaign with a comfortable 7 wicket victory over Afghanistan, before battling to a tight 15 run victory over a very strong West Indian outfit. They then lost to long-time rivals India by 36 runs in an entertaining contest, before bouncing back with a 41 run win over Pakistan. In their most recent game, from five days ago, Australia defeated Sri Lanka by a solid 87 runs.

Bangladesh opened their tournament also with a win, by 21 runs over South Africa. They were then pipped by New Zealand by 2 wickets and then resounding losers to England by 106 runs. Their match against Sri Lanka was abandoned due to rain. They then played the West Indies, who set them a target of 322 runs, which Bangladesh achieved in the 42nd over, to win by a huge 7 wickets.

DraftStars has a major contest worth $5,000 for this game, which costs $15 to enter, while over at MoneyBall they have a major prize pool of a whopping $10,000 on the table, also with a $15 entry fee. There are many contests with smaller prizes and entrance fees, so as to accommodate players of all skill levels and budgets.

Daily Fantasy Rankings has an exclusive cheat sheet available for this match too, which you can use while selecting your best possible fantasy cricket team for this game. Simply click here to view it.

Shakib Al Hasan – BAN ($23,190 DraftStars) ($8,500 MoneyBall)
The Bangladesh all-rounder has been in stunning form in this World Cup so far. He scored back-to-back half-centuries against South Africa and New Zealand before notching 121 off 119 against England before scoring a sparkling unbeaten 124 off 99 balls. He’s also taken 5 wickets

He has one of the top 2 highest average fantasy score at DraftStars with 167.8, while his last 3 game average score is 184.1, while over at MoneyBall he tops the average and last 3 games form average scores at 85.4 and 89.0 respectively, which are immensely high.

Alex Carey – AUS ($12,750 DraftStars) ($5,500 MoneyBall)
Australia’s keeper and middle order batsman has been punching out some respectable fantasy scores in the 2019 World Cup, especially in his last two games where he scored a powerful 55 not out off 35 balls against India and 45 off 55 balls against the West Indies.

His wicket-keeping though has been the backbone of his good scores, as he’s taken 13 catches and made 1 stumping in his 5 games so far. He’s brilliant value, especially at MoneyBall, while being well priced at DraftStars, making him a very good option in any fantasy side.

Mashrafe Mortaza – BAN ($8,000 DraftStars) ($5,700 MoneyBall)
The Bangladesh opening bowler and tail end batsman has had a less than brilliant campaign thus far. He’s batted twice, scoring a total of 5 runs, while taking just 1 wicket from 29 overs, while conceding 6.41 runs per over, which is quite high for someone who bowls at the start of an innings.