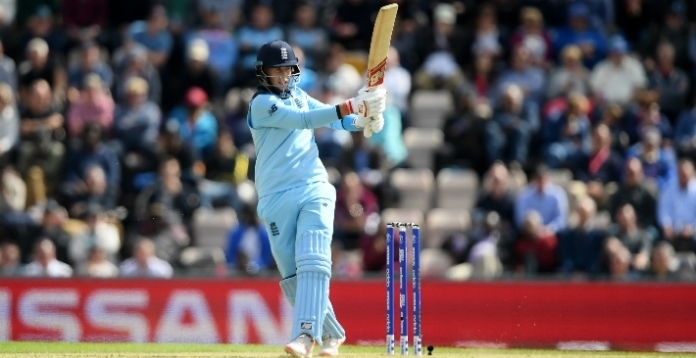 Game 24 of the 2019 ICC Cricket World Cup will take place at the legendary Old Trafford ground this Tuesday, where host nation England will take on Afghanistan.

England opened their 2019 World Cup campaign with a powerful 104 run victory over South Africa. They were then brought back to earth with a 14 run loss to Pakistan. In their third game, they amassed 386 runs against Bangladesh on their way to recording a 106 run win. In their last game they restricted the West Indies to 212 before reaching the target in the 34th over to win by 8 wickets.

Afghanistan opened with a 7 wicket loss to Australia, which they followed up with a 34 run loss to Sri Lanka. They were then thumped by New Zealand by 7 wickets and South Africa by 9 wickets. Their bowling attack has been reasonably good, but their batting has let them down badly.

DraftStars has a major contest worth $3,000 for this game, which costs $15 to enter, while over at MoneyBall they have a major prize pool of $5000 on the table, also with a $15 entry fee. There are many contests with smaller prizes and entrance fees, so as to accommodate players of all skill levels and budgets.

Daily Fantasy Rankings has an exclusive cheat sheet available for this match too, which you can use while selecting your best possible fantasy cricket team for this game. Simply click here to view it.Z

Joe Root – ENG ($18,970 DraftStars) ($7,200 MoneyBall)
England’s top order batsmen Joe Root has been in magnificent touch so far, scoring a pair of centuries and a 50 in his 4 innings so far. He had 51 off 59 balls against South Africa, 107 off 104 balls against Pakistan, 21 off 29 balls against Bangladesh and then 100 not out off 94 balls in his last game against the West Indies. In that last game he also took two wickets, both of which were caught and bowled.

He has the highest average fantasy score at DraftStars with 125.9, while his last 3 game average score is 137.6, while over at MoneyBall he also tops the average and last 3 games form average scores at 57.4 and 61.3 respectively.

Mark Wood – ENG ($10,870 DraftStars) ($5,400 MoneyBall)
England’s change bowler has been in great form so far. He missed the first game but has played in all of the last three, scoring an unbeaten ten runs in his first game of this World Cup, which is also the only time he’s batted so far. He also took 2/53 off 10 overs. He then took 2/52 off 8 overs in his next match and 3/18 off 6.4 overs in what was undoubtedly his best display yet.

He’s very affordable with a very good average fantasy score at both sites, making him a very appealing prospect to have in your fantasy side.

Eoin Morgan – ENG ($11,270 DraftStars) ($7,400 MoneyBall)
Prolific English batsman Eoin Morgan has struggled for form after scoring a tidy 57 off 60 balls in the opening match of the World Cup. He has scored 9 off 18 balls against Pakistan and 35 off 33 balls against Bangladesh. He was too far down the order to get a chance against the West Indies in his last game.

He has a rather hefty price tag given the low fantasy scores he has produced. Also, his place in the batting order is quite low, which also limits his scoring opportunities.