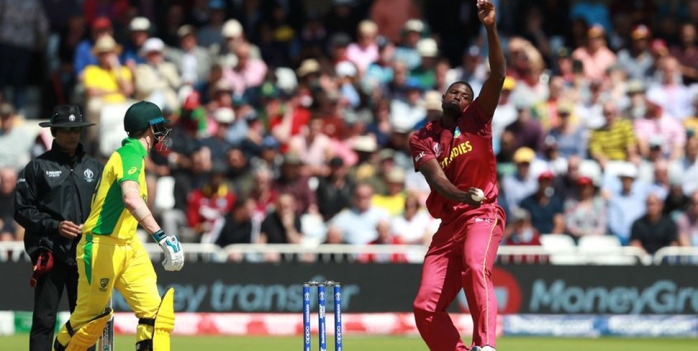 This Friday night will see the 2019 ICC Cricket World Cup hosts England taking on the mighty West Indies in what looks to be a very entertaining contest.

England opened the tournament with a resounding 104 run victory over South Africa. They then had a narrow loss to Pakistan, where they fell 14 runs shy of the Pakistan total of 348, with Joe Root and Jos Butler both scoring impressive centuries. In their third game, England scored an impressive 386 against Bangladesh, lead by an impressive 153 by Jason Roy, before going on to win by a mammoth 106 runs.

The West Indies made very short work of Pakistan in their opening game, bowling them out for 105 in the 22nd over. The West Indies ran down the total in the 14th over to take an easy 7 wicket victory. They then took on Australia, where the West Indies fell 15 runs short of the Australian total of 288. Their third match against South Africa was a no result as rain washed out the game when South Africa were 2 for 29 off 7.3 overs.

DraftStars has a major contest worth $3,000 in prize money taking place for this game, which costs $15 to enter, however MoneyBall has an even bigger major prize pool of $5,000 up for grabs, also with a $15 buy-in. Both sites have competitions that range from a free entry up to $10, with smaller prizes. So no matter your budget or skill level, there’s a competition just right for you!

The Daily Fantasy Rankings team once again have a cheat sheet available for this match, which you can use to fine tune your side. Simply click here to view it.

Jason Holder – WIN ($16,240 DraftStars) ($6,700 MoneyBall)
Holder has the best recent form fantasy average at MoneyBall, with 56.8 and at DraftStars with 102, placing him in the top 3 at both sites, as well as being the highest fantasy scoring West Indian player.

He scored 70 in the opening game, despite not batting. He took 3 wickets in 5 overs though in a strong performance. He then backed it up with 1 for 28 off 7 overs, including 2 maidens and a brilliant 51 off 57 balls with the bat, including 8 boundaries, against Australia.

In his first match, he scored an unbeaten 9 with the bat before taking 2 for 37 with the ball. He missed the second game before returning for the third, where he scored 27 runs off just 9 balls, 22 of those runs coming from boundaries. He took 1 for 36 with the ball as well. He’s a consistently strong scorer and doesn’t cost the earth.