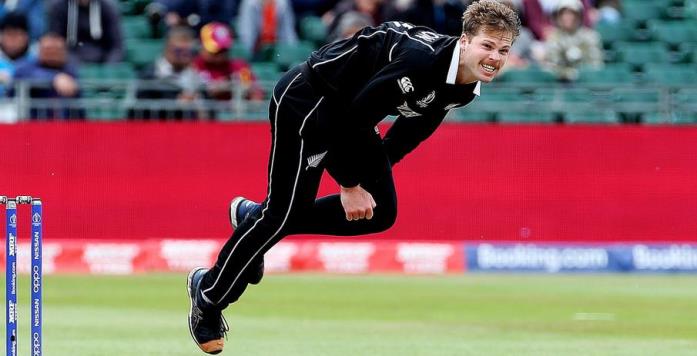 India have played just 2 games in the World Cup so far, both against top quality competition. They opened against South Africa. They managed to reel in the 227 runs required with just 2 and a half overs to spare, to record a win by 6 wickets. They then came up against Australia, and posted an impressive 352 runs, which was 36 runs too much for Australians to chase down.

New Zealand are currently sitting at the top of the table, having won all 3 of their games so far. They opened their World Cup campaign by blasting Sri Lanka away. After getting them all out for 136 in 30 overs, the Kiwi openers mowed down the total on their own inside 17 overs to win by 10 wickets. They then chased down Bangladesh’s 244 with 3 overs remaining to win by 2 wickets. They then bundled out Afghanistan for 172 before running down their total in the 33rd over to win by 7 wickets.

DraftStars has a major contest worth $3,000 in prize money taking place for this game, which costs $15 to enter, however MoneyBall has an even bigger major prize pool of $5,000 up for grabs, also with a $15 buy-in. There’s plenty of smaller comps that are cheaper to enter, so no matter what your budget or skill level, there is a contest that suits you.

If you are new to these sites, we have reviews of both sites, to help you navigate and understand how they work. Go here to learn about MoneyBall and here for DraftStars.

As usual, the team here at Daily Fantasy Rankings will have a cheat sheet available for this match, which you can use to help you fine tune, or even select your fantasy cricket teams with. Simply click here to view it.

Lockie Ferguson – NZL ($13,530 DraftStars) ($6,700 MoneyBall)
Ferguson is a very effective first change bowler who has been in stunning so far. He took 3 wickets in his first game, 1 wicket in the second and 4 in his last game. He has an average of 12.38, and an economy rate of 3.88, making him arguably one of the best bowlers in the tournament so far.

At MoneyBall he has a tournament fantasy score average of 60.2, the highest for any player from both sides who has played more than 1 game. His average of 80 at DraftStars places him in the top 4 players.

MS Dhoni – IND ($14,500 DraftStars) ($6,200 MoneyBall)
India’s keeper and middle-order batsman has been playing well despite getting limited chances with the bat. He’s produced scores of 34 and 27, both late in games which is fair, as well as having made 2 dismissals, a catch and a stumping.

He has a reasonable average of 23.8 at MoneyBall and 49.3 at DraftStars, and at a reasonable price too. He’s handy with the bat, capable of scoring fast, or tying down one end and accumulating runs. Certainly deserving of selection.

Kuldeep Yadav – IND ($9,060 DraftStars) ($6,800 MoneyBall)
Yadav has played in both of India’s game thus far but has little involvement. He’s yet to bat in either game and has bowled just 5 overs, taking 30 wickets and conceding a run per ball. He hasn’t even been involved in a dismissal on the field yet. He may not be highly expensive, but he is barely worth picking nonetheless.