Moneyball up the ante with $75,000 Guaranteed Contest this Saturday! 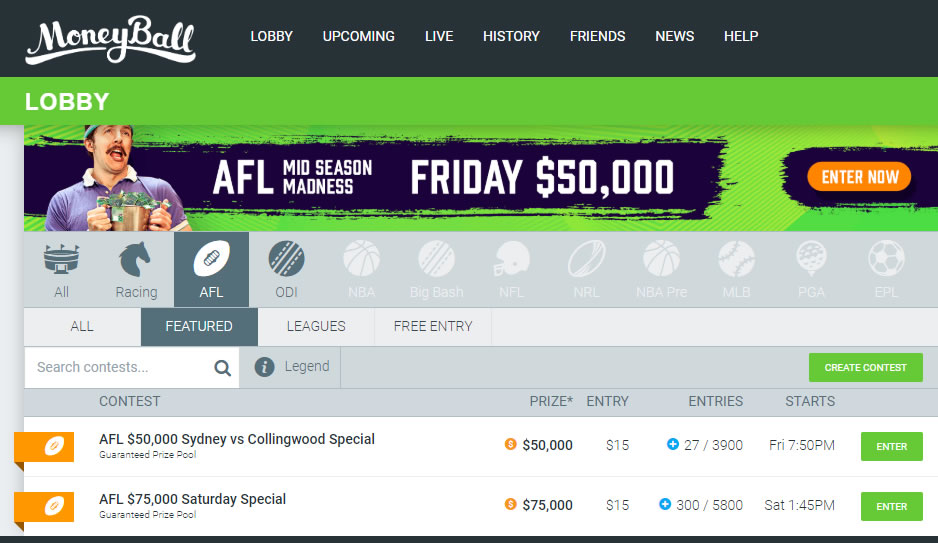 AFL Mid-Season Madness continues at Moneyball with the announcement of a $75,000 Guaranteed Contest for this Saturday’s AFL slate!

After the success of last week’s increased prize pools, Moneyball has gone an upped the ante even further for Round 10 of the 2019 AFL season.

The action kicks off on Friday with Sydney hosting Collingwood in a match that is typically a spirited one. DFS players will be able to tackle a $50,000 Guaranteed Contest with a $6,500 prize for the winner in that one.

Then on Saturday we have ourselves a big five-game slate that starts with Port Adelaide heading to Launceston to tackle the Hawks with kick off at 1:45pm. The Bulldogs and the Kangaroos do battle at Marvel Stadium, before the Crows and the Eagles clash in Adelaide. The evening games will see the Cats head north to take on the Suns, while Indigenous Round will be highlighted by “Dreamtime at the G” between Richmond and Essendon. 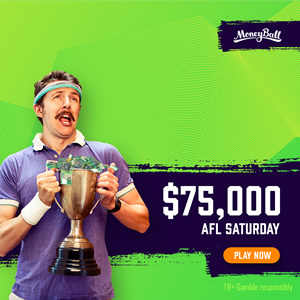 That showcase of games will be on offer for DFS players to get stuck into a massive $75,000 Guaranteed Contest on Moneyball.  Top prize is a whopping $9,750 with the top 1,333 players finishing in the money. Multiple entries are allowed up to a maximum of 250 entries.

The round will wrap up on Sunday with three more matches. The Giants will be looking to overcome their MCG hoodoo against the Demons, the Saints and Blues will be desperate for a win at Marvel, before the Dockers take on the Lions to complete the round. Once again Moneyball will be offering a major guaranteed contest for this slate, and we’ll publish full details of that here when they are confirmed.

There is no better time to be a daily fantasy sports player in Australia with some enormous prize pools up for grabs in these AFL contests. If you’re yet to sign up, then click here to join Moneyball today and get yourself setup and ready to go for this weekend’s contests, and maybe you can be Australia’s next big Moneyball winner!