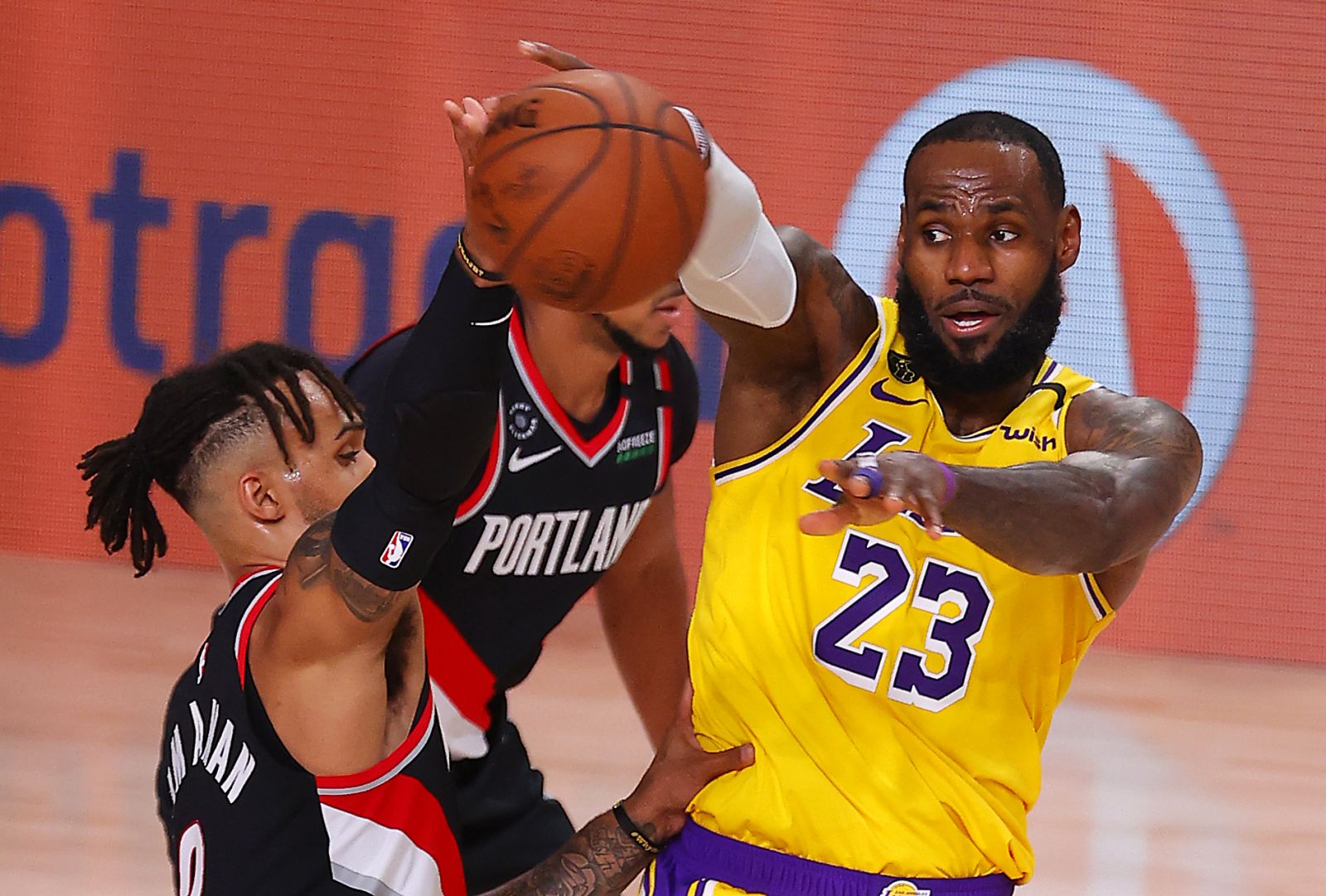 The NBA playoffs roll on with another opportunity to roster Lakers and Blazers players and a first look at the Pacers and Heat series.

There are some great contests available from DraftKings and Draftstars including the following contests:

A look at the totals gives a slight edge to the LA and Portland matchup, however you’ll be paying a lot more for the stars in that match up. Through the first three games the scores in the Miami and Indiana series have above those in the Western Conference series. Miami have the opportunity to sweep, the Pacers have kept the scores close enough in all three games to keep the starters out there for their full allotment of minutes.

Rajon Rondo is doubtful which will keep value option Alex Caruso in play.

Portland turfed Wenyen Gabriel and injected Hassan Whiteside into the starting line-up to help combat the Lakers size in game 3. Terry Stotts indicated post game this will likely be the case for game 4. With Gabriel out of the line-up the Blazers are essentially down to a six man rotation, in game three Lillard, McCollum and Anthony all played 42+ minutes. The more minutes the better in NBA DFS, it’ll be hard not to include these three in your player pool.

Miami have Jae Crowder, Andre Iguodala and Derrick Jones Jr listed as questionable. These guys all play the same position, so they’ll benefit from each other missing if one were to miss. If they all play Crowder and Iguodala are viable value options, while Jones hasn’t seen enough minutes to be able to hit value.

Alex Caruso (DS $6,760, DK $3,700) as hinted above Caruso makes the value list again. The game three 26.75FP performance is likely his ceiling, but over 25 minutes in the two competitive games shows he’ll have the opportunity to repeat as long as the game stays close.

Gary Trent Jr (DS $6,920, DK $4,500) Trent’s bubble has really burst in the playoffs, this one is a bit of blind faith he’ll find his shot again. He’ll be the first and just about only guy off the bench for the Blazers, the opportunity to score will be there, he’s just got to take it like he was in the seeding games.

Jimmy Butler (DS $14,340, DK $8,100) The Heat are on the brink of a sweep lead by Butler. Butler has the ability fill the stat sheet in every category, with usage into the 30s through the playoffs. Another player who’s shot has been off, better shooting brings his 50+FP ceiling into play.

LeBron James (DS $20,830, DK $10,800) In the two close games this series LeBron has produced slate winning scores. LBJ has shown the highest ceiling of the three premiums on offer, and Portland simply don’t have any defensive options to stop him. Don’t be surprised to see another triple double in this one.