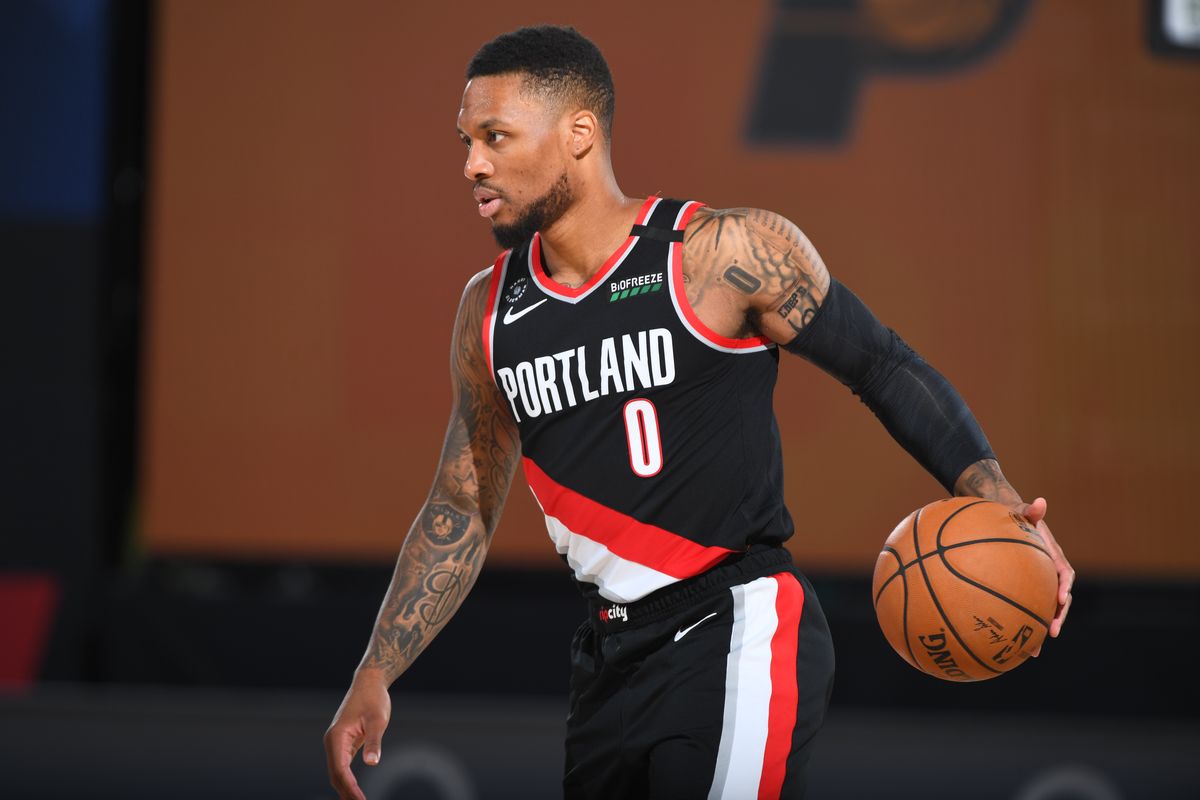 The seeding games are out of the way, and the real stuff is here, it’s NBA playoff time. No more worrying about players resting, playing half a game, and just plain not trying. Playoff basketball usually brings tighter rotations, with the stars getting a few extra minutes on the floor.

There are some great contests available from DraftKings and Draftstars including the following contests:

The totals are pretty similar, so there’s no overly compelling match up to target. Portland have the second worst defensive efficiency through the bubble, on the flip side the Lakers were bottom four in offensive efficiency. With the combination of not having had anything to play for and meeting a team incapable of defending, I’m expecting the Laker to return to form in this series.

Let’s start with the big one, Russell Westbrook is out with a quad injury, which will means all the usage James Harden can handle. The injury provides a few value options to help us get in as many of the premiums on the slate as possible, with McLemore, House and Rivers likely seeing a few more shots each. Eric Gordon will start alongside Harden in the back court.

Oklahoma City they will be without Lu Dort, while not much a DFS target, Dort was expected to get the job defending Harden. Terrance Ferguson is the likely replacement and, like Dort, Terrance likes to run around avoiding anything that results in scoring fantasy points.

Portland are missing Zach Collins, the start will go to Wenyen Gabriel… another player that doesn’t do a lot, and is unlikely to receive starters minutes. Gabriel has played in 3 of 9 games in Orlando, for a total of just over 10 minutes per game. Portland have effectively been in playoff mode since the restart running a pretty tight rotation. Gary Trent Jr and Mario Hezonja will both likely receive more court time than Gabriel.

Eric Gordon (DS $7,220 DK $5,500) with Westbrook out of the lineup this is simply too cheap. Gordon has roughly a 5% usage increase without Westbrook on the floor. In Gordon’s two bubble games he put up 25 shots in 44 minutes, that’s more than enough opportunity to produce a healthy fantasy score.

Kyle Kuzma (DS $8,140 DK $6,400) we’ve seen the highs and lows of rostering Kuzma over the last couple of weeks. Double figure points returns in all but one game in Orlando provides a solid floor, we just need to see a few rebounds and the steal numbers from the last few games to continue. Now we’re in the playoffs the Lakers should be giving Kuzma a couple more shots a game, and the Blazers inability to defend will suit,

Austin Rivers (DS $5,000 DK $5,300) there’s four premium players on the slate so I’m throwing Rivers in as a minimum priced option. With Gordon back the minutes will likely drop closer to the 20 mark, but his 18% usage rate gives Rivers the chance to hit value while the premiums do the rest.

Dennis Schroder (DS $10,130 DK $6,100) the small ball Rockets defence has been surprisingly solid, but they are running at the fastest pace in the bubble. In such a spot I’m looking towards the OKC spark plug to pack a punch off the bench. Schroder boasts a 28% usage rate, and in the playoffs you want your best scorers to have the ball. I’ll back a high use player in a high pace game.

Shai Gilgeous-Alexander (DS $12,360 DK $6,900) that name is so long I don’t have any room left for the blurb… The thinking here is similar to Schroder, a pace up spot, with the addition of it being a playoff game. So, if the game stays close SGA will likely see a few extra minutes court time to his regular season numbers,  the perfect recipe for a 40+ FP outing.

All four of Dame, Harden, LBJ and AD are great picks but since I have to pick one.

James Harden (DS $21,300, DK $11,700) The Beard is the most obvious and will be the most popular of the four. But, with Russ on the sidelines you’d be brave to go into the slate without Harden in your lineups. The usage reaches 43% when Westbrook is off the floor, in a close playoff game Harden is likely going to play 40+ minutes… Click on Harden and fill in the rest of your lineups around him.