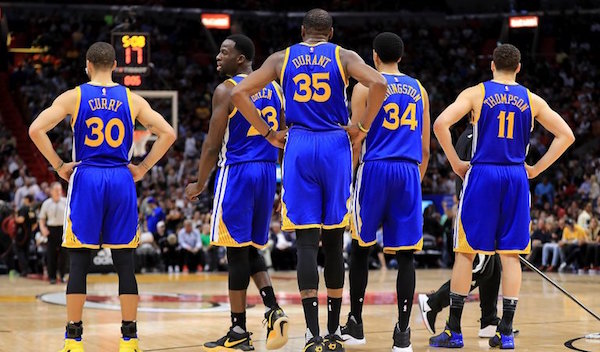 NBA Daily Fantasy is growing rapidly in Australia, and with more and more strategy sites, just like this one to give you advice on your lineup, its easy to forget the people who might just have the most knowledge out of all of us, the bookmakers.

I haven’t learnt much in my betting career, but one thing I have learnt is that the betting agencies are better predictors of outcomes than most if not all of us. How can we use the bookmaker’s knowledge to our advantage when we are selecting our lineups though?

Bookmakers know what they are doing.

Bookmakers are giving us Daily Fantasy Players a lot of advice every day without even knowing it, and as the saying goes, the bookmaker always wins in the end. While it’s not the be all and end all of picking your lineup, using knowledge from the most regarded experts in any sports fields can’t be overlooked.

We can extrapolate Daily Fantasy pros and cons from nearly every market available to us in an ordinary betting agencies markets for any given match.

The over/under of a game is how many points the bookmakers believe will be scored in total, by both teams. Remarkably, their set line usually comes within a small margin of the actual total, so we can use this to better understand the type of production players will have in the game.

A high line for the over/under market indicates that it will be a fast paced, high scoring affair, with minimal defence played. And since there’s no Daily Fantasy points awarded for good defence or hustle in DraftStars (apart from steals and blocks, which most good players will rack up anyway), these are the type of games we want our players involved in. For point guards especially, these high scoring games means they will have the ball in their hands a lot, which means a lot of scoring and distributing.

The ‘spread’, or ‘line’ of a match is used to put a figure on how many points the favoured team is actually favoured by. In NBA blowouts, often the star players will sit most if not all the last quarter, meaning their production could be severely hindered. On the contrary, games that are close see star players playing into the dying minutes, with lots of fouls at the end of the game causing the clock to stop and free throws to be taken, raking up what we like to call ‘junk time points’. The general rule here is to take star players in games where the spread is low, and take role players where the spread is high, as a blowout game usually results in role and bench players playing more minutes.

Most bookmakers now also offer player production lines. The experts will determine an Over/Under for a player’s points, rebounds, assists or any other stat they can think of. If a player’s Over/Under in any particular stat is higher than their season average for that stat, it usually means the bookmakers believe this player is set to have a big game in that stat category.

On the contrary, if the line is set lower than their season average, I would be steering clear of these players when selecting your Daily Fantasy lineup.