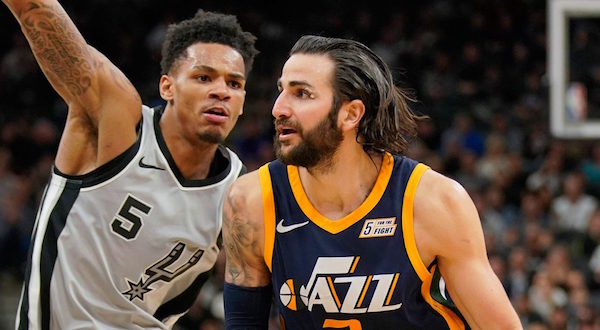 We’re back with another edition of our daily NBA fantasy tips. Picking a team with a set salary cap can be a daunting task, so we’re here to help you with picking some of the lesser-known cheaper players to give your team the edge and a chance to take home some cash. Moneyball and Draftstars are again offering massive cash prizes for their major tournaments, so be sure not to miss out!

The Utah Jazz offense has been firing on all cylinders lately, led by star point guard Ricky Rubio. Rubio is one of the best passers in the league and is continually able to find the open man to get an assist. The Jazz are playing the Suns on Friday who give up the most points in the league, which will equate to even higher fantasy numbers for Rubio.

Jamal Murray has been on fire for the Nuggets lately and is showing exactly why he was taken in the top 10 in the 2016 NBA draft. The Nuggets will come up against a poor defensive team in Detroit on Friday, which we feel Murray will take full advantage of.

The Atlanta Hawks are now clearly looking towards the future and are pumping big minutes into their stars of the future. One of those players is Prince, who has been a force on the offensive end in recent weeks. He’s fairly consistent and should score well above his price tag against Charlotte on Friday.

Wilson Chandler was asked to be more aggressive by his teammates a short time ago and boy has he delivered. He has been a beast on both ends of the floor and is regularly pumping out big fantasy scores. He’s definitely a steal at his current price.

We’ve decided to go basement price for out tip at the Centre position, selecting Ante Zizic. The big man from the Cavs has been added to the rotation due to Tristan Thompsons injury and he hasn’t let Tyron Lue down. He is definitely worth a look in at his current price.