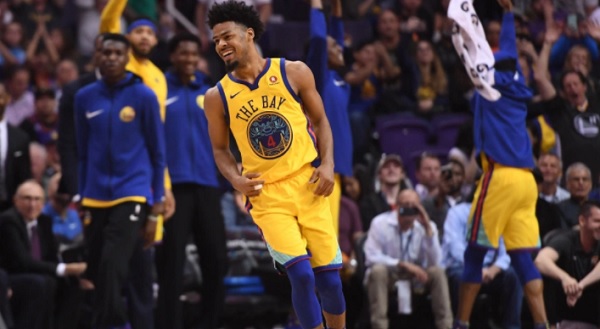 We’re back with another edition of our daily NBA Saturday fantasy tips. Picking a team with a set salary cap can be a daunting task, so we’re here to help you with picking some of the lesser-known cheaper players to give your team the edge and a chance to take home some cash. Moneyball and Draftstars are again offering massive cash prizes for their major tournaments, so be sure not to miss out!

If there’s any silver lining to the Warriors injury problems – it comes in the form of Quinn Cook. Cook, who rarely saw action before injuries to Steph and Klay, has been on a tear since entering the line up and doesn’t look like slowing down anytime soon. Put him in your team!

Since joining the Thunder, Corey Brewer has been in excellent form. He has delighted Coach Donovan with his defensive efforts and has filled Roberson’s void perfectly. He will continue to get extended playing time and is a good fantasy selection at his cheap price.

We’re picking Josh in our fantasy teams for the remainder of the Suns games this season. With the Suns now clearly in tank-mode, Jackson is getting huge minutes and a larger usage rate on the offensive end. He now looks comfortable in the NBA and will continue to pump out scores well above his price tag.

The Clippers have been a surprisingly entertaining League Pass team this season with their raw and energetic squad, particularly during the second half of the season. A lot of this can be attributed to Harrell, who is an excitement machine and is now firmly in the Clippers rotation. He’s been scoring well lately and we see this continuing on Saturday.

Olynyk is our value pick at the Centre spot. He has been in terrific form with Whiteside out injured and we only see him continuing the trend. He is severely under-priced, especially on recent form. Lock him in!