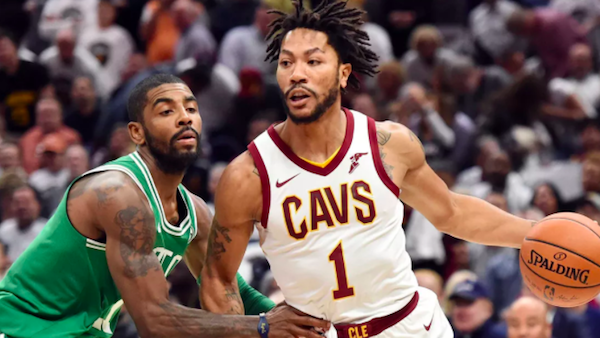 There are some big NBA daily fantasy tournaments on offer this Saturday, the 4th of November with both Moneyball and Draftstars hosting $20,000 guaranteed tournaments for the 12 game Saturday slate.

We’ve got another round of value picks for the Saturday tournaments below.

More injuries at Cleveland means more minutes for Rose who scored 23 fantasy points in his last game. Has been in the 19-23 point range every game so far this season but should get an increase in minutes this game. A boost up to 34-36 minutes against the Wizards on Saturday should have him around the 30 point mark.

Waiters has started to come into some form of late with scores of 49 and 27 in his last two outings. There’s not much competition for him at the 2 guard spot so he gets all the minutes he can handle in every game. Is a great rebounder at the SG position so even when the shot isn’t falling he is able to add points through other avenues.

Not sure what happened at the Pacers over the last week but for some reason Bogdanovich has seen an increase in minutes and has been over 27 fantasy points in his last three games. Is usually good for 12-17 points and is an underrated rebounder and passer at his position. Good value still at $4,100 on Moneyball.

Kuzma might not have had a massive increase in production in the Lakers game against the Blazers on Friday but he was arguably the most effective player on the court and will no doubt earn more playing time in the upcoming games after his 22pt, 3reb performance, especially with Larry Nance Jr suffering an injury that should keep him out for the foreseeable future.

Since Greg Monroe’s injury last week, Henson has seen a massive spike in minutes for the Bucks and has showed a surge in numbers as well with two scores of 39 and 27 in his last three matches. Should see plenty of time against the Pistons in an attempt to combat Andre Drummonds influence so is an obvious choice Saturday.