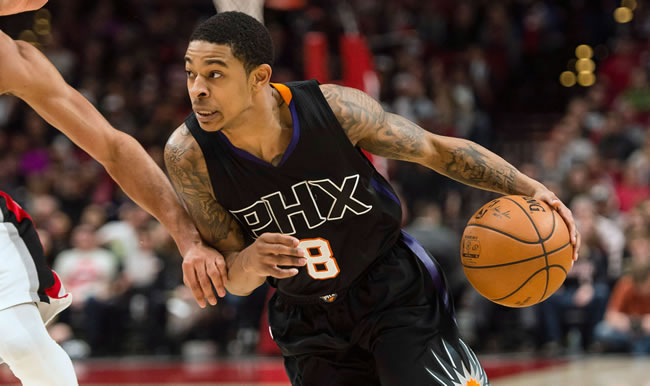 There are 20 teams hitting the court this Saturday in a huge 10-game slate of NBA. With so many players to choose from, we’re here to help you with picking some of the lesser-known cheaper players to give your team the edge and a chance to take home some cash. Moneyball and Draftstars are again offering massive cash prizes for their major tournaments, so be sure not to miss out!

With the Suns in tank mode, younger and inexperienced players are getting the chance to show what they’ve got. Ulis has been given the keys to run the point for the rest of the season and he’s done pretty well so far. For cheap options at point guard, there aren’t any better than Ulis.

After getting the call up from the D-League a few weeks ago, MarShon Brooks has never looked back. He has been putting up extremely impressive numbers for the Grizzlies and should be a lock for your team.

The Magic are also tanking, which means Hezonja is getting extended minutes on the court. He’s a natural scorer and a natural fantasy gem. With so many injuries to veteran players, Hezonja should get a look in for your fantasy team.

With Blake Griffin sitting out injured, Anthony Tolliver has been given the keys at the Power Forward spot. He’s a terrific shooter and fantasy player if given the minutes, and we think he will be in for another good night against a poor Mavericks outfit on Saturday.

Rounding out our team at the Centre spot is Phoenix Suns big man Alex Len. Like most of the Suns current starting 5, Len has been given the go-ahead to finish the remainder of the Suns games this season. He is a double-double machine when he gets sufficient minutes and we think he’s due for a big game on Saturday.