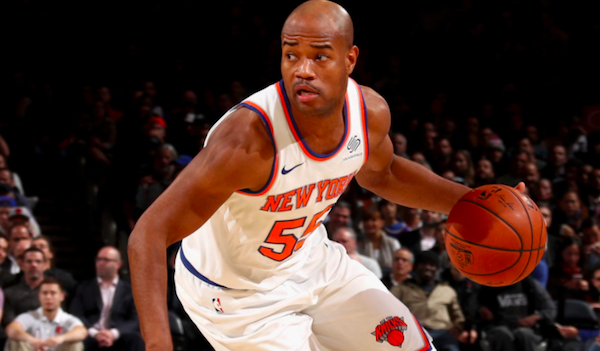 After a few handy picks in last weeks Thursday NBA fantasy value tips, we are back once again to preview the 11 game slate this Thursday, the 11th of January and give our fantasy value picks for the massive tourneys at Moneyball and Draftstars!

See our fantasy tips for Thursday, the 11th of January below.

Jack has now settled as the Knicks starting point guard after some competition from the likes of Frank Ntillkina. He has played at least 24 minutes in all of his last six games and is an above average assist man. Has the potential to add some more scoring to his game and is on the back of a decent 27 fantasy point outing against the Bulls a few days ago. Still a cheap option at the PG position.

We thought that Chris Paul might have been the biggest benefactor from james Harden being injured, however, it’s Eric Gordan who has seen a rise in production both in scoring and assists. Gordon had a monster 24 point and 9 assist game against Chicago on Tuesday and has another good matchup against the Blazers Thursday. Has played 43, 30, 38, 34 and 38 minutes in his last five games respectively and should get plenty of usage again on Thursday.

Hood has now had three games in a row over 30 minutes and looks to have locked down the number two scoring options on the Jazz behind rookie Donovan Mitchell. Is still a cheap option at the loaded SF potision so could be a good match with the likes of KD or LeBron. Plays the Wizards Thursday who are a top ten team in points allowed to the small forward position.

Morris has been more consistent in his production of late, and has seen a bump in minutes to over 30 a game for the last three consecutive matchups. He has scored in double digits in five of his last seven games and has been an absolute beast on the glass, averaging boards 12 a game over the last four.

He might be the highest price centre in fantasy, but DeMarcus is almost a must have Thursday with all-star teammate Anthony Davis out of the lineup. Cousins has a knack of putting on a show when Davis goes out of the lineup, and should look to do the bulk of the work once again Thrusday. Averages 26/12/5 on the season, absolute beast.