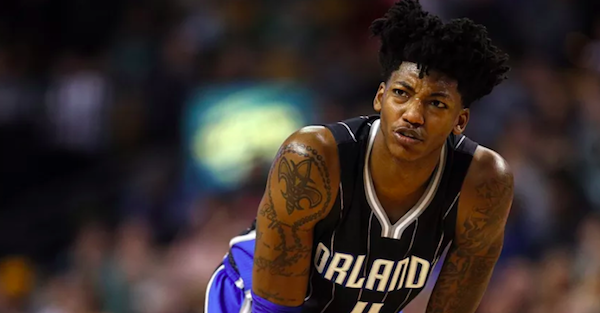 We’re now midway through February and we have a massive 12-game slate of NBA action on this Thursday to look forward to, which means there are over 100 players to pick from for your fantasy teams! We’re here to help you with picking some of the lesser-known cheaper players to give your team the edge and a chance to take home some cash. Moneyball and Draftstars are again offering massive cash prizes for their major tournaments, so be sure not to miss out!

See our fantasy tips for Thursday, the 15th of February below.

Elfrid Payton has been the shining light in the Suns recent form slump. He has been sublime in his 2 games for them so far and we think he’ll keep it going here. He’s priced at $7,700 in Moneyball and $12,850 in Draftstars and has the potential to score well above that.

Has successfully recovered from injury and is back playing starter’s minutes. When he’s 100% he is easily the Nets best player and will handle the ball in crunch time. It should be a high scoring contest against the Pacers, so we feel he’s a great pick at just $5,600 in Moneyball and $10,600 in Draftstars.

We’ve decided to go dirt cheap at Small Forward, selecting CJ Miles from the Raptors. They have been continually blowing teams out, which has provided a huge number of minutes for their bench players. They should record a big win against the Bulls tomorrow and CJ Miles will have plenty of opportunities to score. You can pick him up for just $3,800 in Moneyball and $7,350 in Draftstars.

Jae Crowder looks to have benefitted from his deadline day move to the Jazz. He is getting a lot more opportunity for his new club and will start to post the numbers we saw from his last season. Lock him into your line-up for just $3,700 in Moneyball and $7,650 Draftstars.

Julius Randle has finally been given extended minutes on a regular basis, mostly due to Nance’s departure. He now gets the majority of the minutes on offer at Power Forward and has been scoring well. Make sure you get him into your team for $7,500 in Moneyball and 13,500 in Draftstars