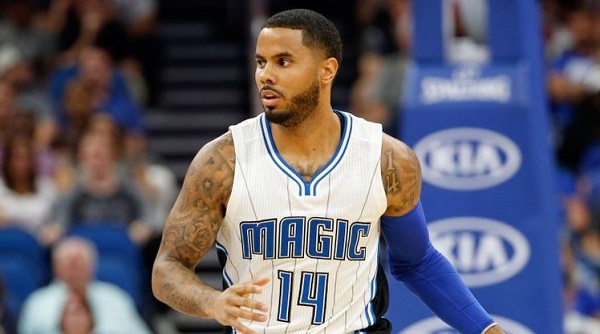 As usual there’s a huge 9-game slate of NBA action on this Thursday for us to look forward to, which means there are hundreds of players to choose from for your daily fantasy teams! We’re here to help you with picking some of the lesser-known cheaper players to give your team the edge and a chance to take home some cash. Moneyball and Draftstars are again offering massive cash prizes for their major tournaments, so be sure not to miss out!

Augustin has seen a rise in his minutes since the departure of Elfrid Payton, which has naturally improved his fantasy scoring output. He’s still undervalued due to his quiet first half of the season, but will give you great scoring well beyond his price tag.

Satoransky continues to shine in John Wall’s absence and is guaranteed to get a lot of playing time on Saturday. He can shoot, pass and rebound all pretty well, which equates to handy fantasy scores at his cheap price tag. He is a great option if you’re looking to save money at the 2-guard.

The Suns rookie forward Josh Jackson has been on a tear since the all-star break and will look to continue it as they take on the Grizzlies. Jay Triano is looking to get minutes in to his younger players and Jackson will see his fantasy scoring output rise accordingly.

The Raptors are rolling through everyone at the moment, with games being over by three quarter time regularly. This has provided their bench players with extended minutes and opportunities to score well. Siakam has been a beneficiary and should have another big game on Saturday when they take on the poor Magic outfit.

Doc Rivers has shown a lot of faith in Harrell lately and he has not disappointed. He’s a huge spark for the Clippers off the bench and has seen his game time increase rapidly on the back of some hot form. After another good game against the Nuggets on Friday you can be sure he’ll back it up against the Rockets on Saturday.