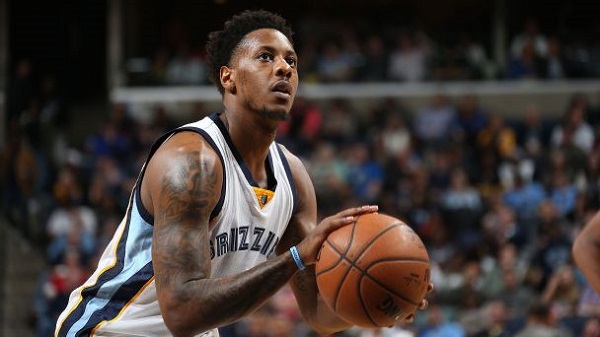 NBA Thursday has arrived, which means it’s time for another instalment of our expert fantasy tips. Popular fantasy sites Moneyball and Draftstars are again offering a massive $30,000 in prizes for us to feast on. So join us here as we provide our bargain picks of the day to help give your team the edge and an increased chance of taking home some cash!

See our fantasy tips for Thursday, the 23rd of November below.

Mario Chalmers is one of the biggest ‘must-haves’ in our Thursday fantasy teams. Chalmers has slotted into the Grizzlies starting line-up for the injured Mike Conley and has been in great form, posting fantasy scores of 31.8 and 40.2 in his two games. At just $5,400 in Moneyball and $7,800 in Draftstars he’s an absolute steal.

KCP is severely under-priced in both Moneyball ($5,300) and Draftstars ($10,450). He has found some hot form for his new side, recording 30+ fantasy points in 5 of his last 7 games, including a 44.6-point game in his latest outing. He’s now firmly locked into the Lakers starting line-up and consistently plays 30+ minutes, which makes him a great value pick for your fantasy side.

Similar to Chalmers, Wesley Johnson is benefitting from increased minutes and a starting role due to teammate Danilo Gallinari’s injury. Johnson has averaged 33.9-points since becoming a starter and doesn’t look like slowing down any time soon, with Gallinari set to miss more games. Johnson offers a lot of value and scoring ability at his basement prices of $4,300 in Moneyball and $7,250 in Draftstars.

John Collins is coming off the best game of his short-career, where he tallied 35.8 fantasy points in 36 minutes against the Spurs. He has been the shining light in a bleak start to the season for the Hawks and should see his role continue to grow. Collins is valued at $5,000 in Moneyball and $8,850 in Draftstars and offers tremendous scoring potential at those prices. Jump on him if you’re in need of a cheap and unique pick at the Power Forward position.

Greg Monroe will have a bit of fire in his belly on Thursday, as he’s set to face off against the team that traded him just two weeks ago. Since arriving in Phoenix, Monroe has averaged 26 fantasy points and looks set to play a key role in their starting line-up. Monroe is one of the few bargain’s at the Centre position and is valued at just $4,500 in Moneyball and $7,850 in Draftstars.