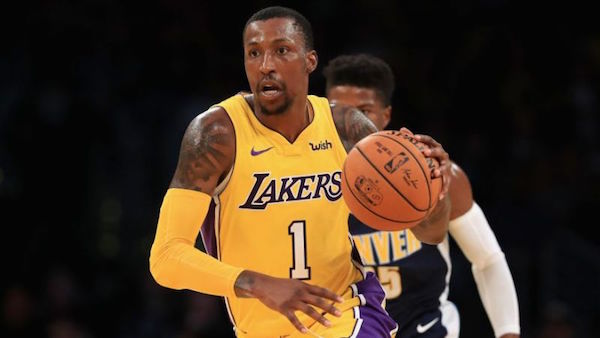 The final day of November has kindly blessed us with a huge 10-game slate of NBA action! It can be a daunting task trying to find the right players to throw into your 9-man line-ups when there are so many players to choose from, however, with the help of our expert fantasy tips we aim to make it that little bit easier. So take a look below at our bargain picks of the day to help give your team the edge and an increased chance of taking home some cash!

See our fantasy tips for Thursday, the 30th of November below.

PG – Tyus Jones (Minnesota
Tyus Jones is simply the biggest ‘must-have’ in your Thursday fantasy teams. With Jeff Teague on the side-lines for the last three games, Jones has averaged 36 minutes per game, which has equated to impressive fantasy scores of 33.2, 51.3 and 30.3. He is valued at basement prices of $3,000 in Moneyball and $6,650 in Draftstars and should be locked into your line-up.

SG – Kentavious Caldwell-Pope (LA Lakers)
Once again, KCP features as our value pick at the Shooting Guard position. He is still severely under-priced, valued at $6,000 in Moneyball and $12,200 in Draftstars. Averaging 38.7 fantasy points over his last three games and not dropping below 25 points in his last seven games, he offers consistency and high scoring potential.

SF – Otto Porter (Washington)
In the absence of John Wall, Otto Porter has taken advantage of a greater role on offence, which has naturally improved his fantasy scoring. Porter has tallied 51 and 30.6 points in his last two and will again be the go to guy for the Wizards alongside Beal on Thursday. He is valued at $6,300 in Moneyball and $13,150 in Draftstars and is a solid pick for your team.

PF – Tobias Harris (Detroit)
Tobias Harris is our pick at the Power Forward position simply due to who they’re playing – the Suns! The Suns are the worst defensive team in the league and allow the opposition to score at will. Harris is a natural born scorer and will be in for a big game here. He is priced at $6,500 in Moneyball and $12,050 in Draftstars and is a good mid-priced option.

C – Kyle O’Quinn (New York)
Rounding out our team at the Centre position is Kyle O’Quinn. He has blossomed in the absence of Enes Kanter, averaging 29.6 fantasy points over his last three games. Although he doesn’t get big minutes, he still finds ways to rack up stats and tally big scores. He is priced at $4,800 in Moneyball and $8,950 in Draftstars and could be a unique pick at the weak Centre position.