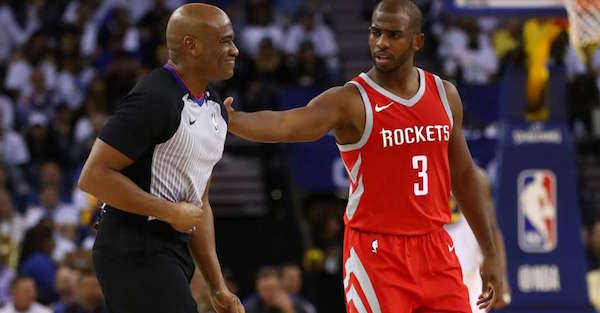 It’s become almost ritual on Thursdays that Moneyball and Draftstars treat us with some monster prize-pools for the NBA slate which usually consists of more than 10 games. This week is no different, with $38,000 on the line in the two major $15 tournaments alone, not to mention another $114,000 (you read that correctly) in the 400-point target competition at Draftstars.

You’d be silly not to have a stab at the life changing amount of money for just a $1 entry fee, and if you don’t even know what you’re doing, you can use our daily value tips below for a guide!

See our fantasy tips for Thursday, the 4th of January below.

Is on the more expensive side at $17k on Draftstars and almost $9k on Moneyball but is an absolute must have this Thursday as the Rockets take on the Magic. With James Harden out, Paul should be the centerpiece of the offence. Had a monster game of 28 points, 10 assists and 6 rebounds in the Rockets win over the Lakers on Monday and should be good for another big one here with Harden out.

Along the same lines as Paul here although is the cheaper option of the two Houston guards. Will get plenty of open looks on the back of Chris Paul creation and while he is very streaky, if he finds his shot at any point throughout the game he is a massive threat for a value score.

If Leonard is able to play to his potential, his price tag at both Moneyball and Draftstars is way under value. He played his first game of over 30 minutes in the win against New York on Wednesday and with both Rudy Gay and Danny Green on the sidelines Thursday through injury, Leonard should get the majority of the minutes at the wing positions. Expect a big one from him here.

With Victor Oladipo still out with a knee injury, a percentage of the scoring load left behind has fallen on the shoulders of Sabonis. The power forward has scored at least 26 fantasy points in his last three games and is averaging over 9 rebounds in those games. Should be good for another game of 25+ mins in the absence of Oladipo here.

No DeMarre Carrol, no Chris LaVert and no D’Angelo Russel in the Brooklyn lineup means there is plenty of usage to go around at the moment. Allen has been taking advantage of the over the past few games, with four fantasy scores of over 20 in his last seven games. Is an extremely cheap option with a good amount of upside here.