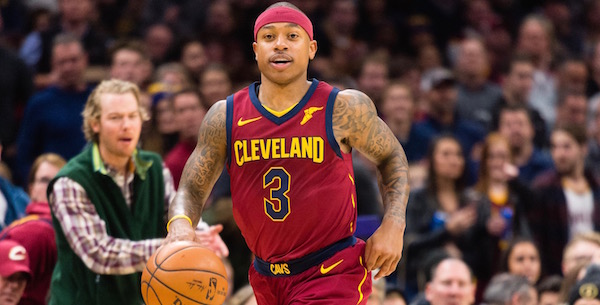 There’s a big 6-game slate of NBA action on this Thursday for us to look forward to, which means there are over 100 players to pick from for your fantasy teams! We’re here to help you with picking some of the lesser-known cheaper players to give your team the edge and a chance to take home some cash. Moneyball and Draftstars are again offering massive cash prizes for their major tournaments, so be sure not to miss out!

See our fantasy tips for Thursday, the 8th of February below.

With Devin Booker going down with injury, Tyler Ulis has been asked to step into the starting Point Guard position for the Suns. In his first game in his new role he played 30 minutes and had a lot more field goal attempts than his average. He is basement price at $3,600 in Moneyball and $7,550 in Draftstars and is guaranteed to play significant minutes.

Although he has struggled since coming back from injury, we believe that Isaiah Thomas is due for a huge breakout game. He is finally playing big minutes and will be taking a lot of shots in the Cavs offense. He is extremely cheap at $6,700 in Moneyball and $10,800 in Draftstars and has the potential to go big.

The suns 2017 no.4 overall pick has finally found his feet in the NBA and has been on a tear in his last 5 games. He has scored 16+ points in all 5 games, which has translated into big fantasy scores. He is $6,100 in Moneyball and $9,850 in Draftstars and is guaranteed to play big minutes.

The Power Forward spot is extremely thin for Thursday’s slate so we’ve gone with a basement priced Dragan Bender. We realise this is the third Suns player to feature, however, they have so many injuries which has given big opportunity for their cheap players to score well. Bender has averaged a healthy 26 fantasy points in his last 3 and has been given starter minutes at the PF spot. You can pick him up for just $3,600 in Moneyball and $7,350 in Draftstars.

With the Nets now focussing purely on getting minutes into their players of the future, Jarrett Allen has seen a lot of court time lately. He’s extremely long and rebounds at a high clip, which naturally makes him a handy fantasy player. He should score well above his price tag, which is $5,900 in Moneyball and $9,400 in Draftstars.