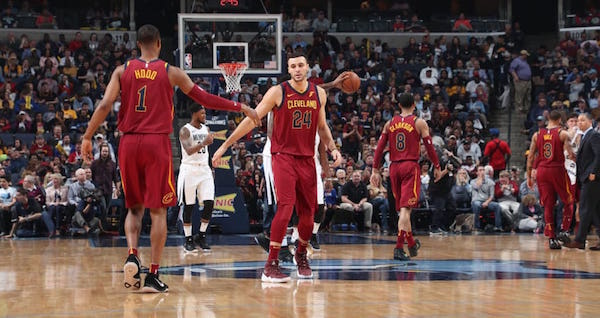 There’s a big 7-game slate of NBA action on this Thursday, which means there are hundreds of players to choose from for your daily fantasy teams! We’re here to help you with picking some of the lesser-known cheaper players to give your team the edge and a chance to take home some cash. Moneyball and Draftstars are again offering massive cash prizes for their major tournaments, so be sure not to miss out!

Kobi Simmons is the current Memphis Grizzlies point guard by default. He is their fourth option behind Conley, Evans, and Harrison, who are all currently injured. Simmons is still dirt cheap due to lack of minutes prior to his new role, and will naturally score well above his price tag just by getting extended minutes.

McLemore is in the same boat as Simmons and has made his way into the starting line-up at the shooting guard position. McLemore is a high draft pick and should continue to score well with his new opportunity.

We realise this our third Memphis player to feature, however, their extensive injury list means that the fit players are fantasy gold. Green is one of their only starters who has remained fit during the season and will continue to have big games now that he has a bigger role on offense.

Nance was rewarded with his first start for the Cavs in their last outing and he didn’t disappoint. He recorded career high’s in both points (22) and rebounds (15) and was a dominant figure in the paint all game. He is guaranteed to get a bigger role on the back of that performance and will score well above his price.

Skal is currently listed as a 50/50 chance to play on Thursday, but if he does then we feel he’s a must have. With the Kings now solely focussing on getting their younger players more NBA experience, Labissiere will continue to get extended minutes on the court. He is a gifted offensive player and will naturally score well in fantasy if given the opportunity.