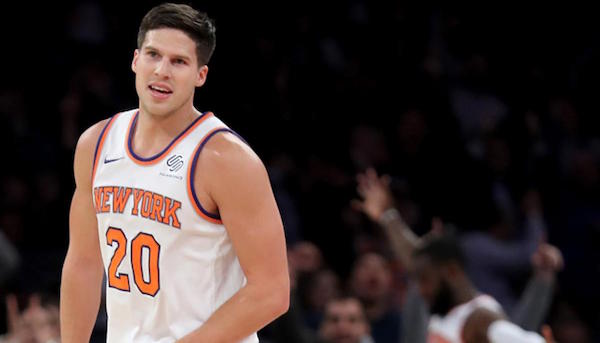 Another massive Thursday in store for us at Moneyball and Draftstars this week with both sites offering massive $30,000 prize pools for the five game slate. Once again we are back with some value tips at each position that will hopefully give your team the edge!

While he might not be an out an out rookie priced player, Collison represents the best value in a Thursday slate that is a little thin at the PG position. Has had scores of 45, 39 and 21 throughout his last four games so has real scoring potential. The Pistons allow 41 points per game to point guards which is middle of the pack in the NBA so Collison should have opportunity to score here.

At just $3,700 on Moneyball, Rozier is head and shoulders above the competition at his price range. He averages 22 points per game on the season and has cemented himself as the Celtics offensive point guard option off the bench. Has been in the teens for the last three games in a row but comes up against the Lakers tomorrow who allow the third most points per game to point guards in the league.

Dougy McBuckets had a big game by his standards against Charlotte on Wednesday, scoring 24 fantasy points and getting a massive bump in minutes on his season average. He was great on both offence and defence and the game could have marked the turning point in him getting 15-20 minutes per game to getting 25-30. Still uber cheap at $3,100 on Moneyball and plays the Magic Thursday who allow the 5th most points to SF’s in the league.

The Boston big man has played two games since returning from injury now and has seen a significant minute increase in each. Scored 28 fantasy points in just 23 minutes against Orlando on Tuesday and should get another increase in minutes in this game. At just $4,000 on Moneyball he is clearly the best player at the price range.

With Hassan Whiteside of the Heat still on a tight minutes restriction, the Miami depth at C is a little thin. They will most likely play some undersized power forwards at the 5 for a lot of the game, leaving Tyson Chandler to run riot. Miami allow 46 points per game to centres which is in the top half of the league.