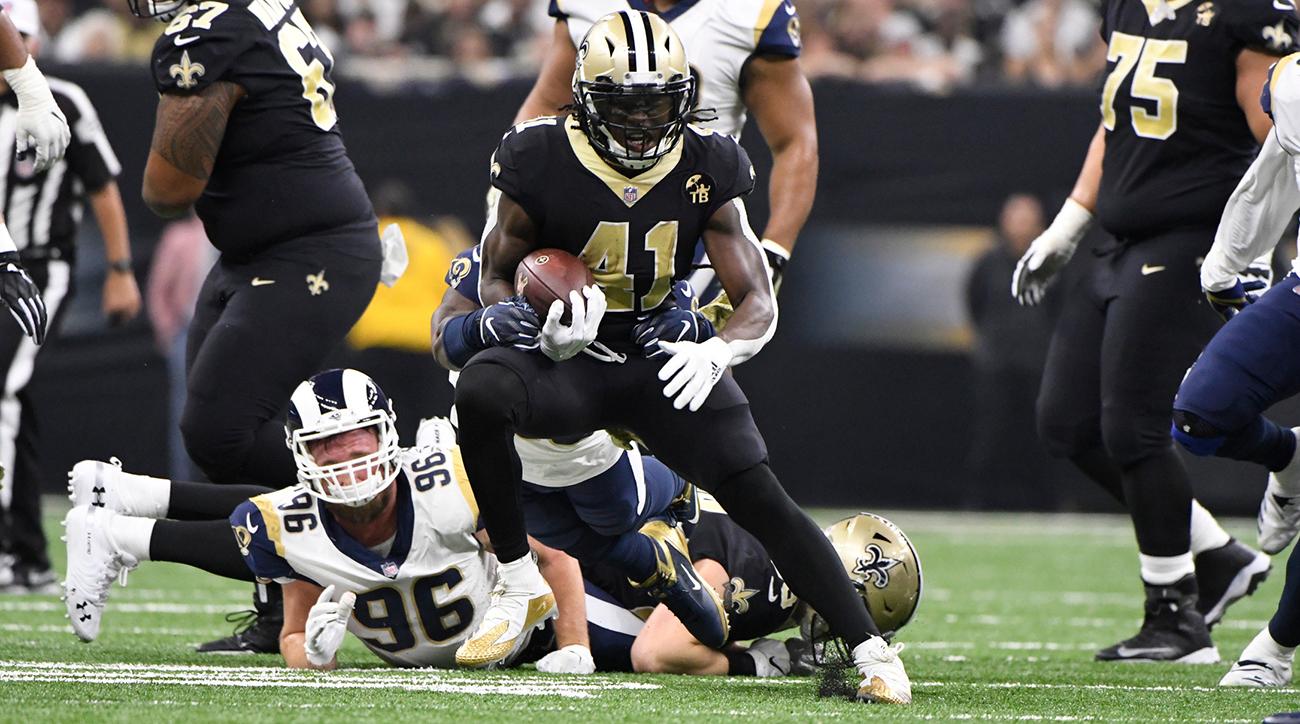 The first Monday Night Football fixture in the NFL sees a Double Header on the schedule. First up are the Houston Texans who travel to New Orleans to play the Saints (Total 52.5 Saints -6.5) and straight after is the Denver Broncos at the Oakland Raiders (Total 42 Broncos -2.5) to finish week 1. On paper we have two contrasting matchups with the high powered offence of the Saints in one matchup, and the ground and pound style from the Broncos in the second matchup.

The home of NFL DFS is at DraftKings. For the Monday night fixture, DraftKings have posted a $1,111,111 Monday Night Special contest for an entry fee of $10.

In Australia, Draftstars have posted single game ‘Flex’ contests where each game has $5,000 prize pool available for $15 entry. On Moneyball you can enter both Single and the ‘Tuesday Double’ for $15 entry fees.

The New Orleans Saints are one of the Super Bowl favourites for this season and have a touchdown spread to start against the Texans. With the total at over 52, from a Fantasy perspective this is the match-up to target if you are playing the two game contest.

It is not hard to escape the news of the departure from the Raiders of Antonio Brown and Vegas has now favoured the Broncos when the Raiders were small home favourites when the fixture was released.

Denver has a new quarterback in Joe Flacco who was traded from the Baltimore Ravens after 11 seasons. With two offences that will struggle to score points, it is hard to make a case for ceiling games from either of these two teams. But alas, these teams are cheaper in salary and sacrifices will need to be made if you are jamming in high priced Saints/Texan plays.

Kamara is the most expensive player on the slate and rightly so. In a weekend where RB’s have scored slate breaking scores, Kamara’s ceiling is ranked among the best in the game. With Lativus Murray now the RB2 in the Saints, I can see Kamara having a more active role from last season where his snaps were managed. Super chalky in this spot and is a must play.

Darren Waller played back-up to Jared Cook last season, who is now with New Orleans, meaning Waller will be Carr’s safety option in the TE role. Good chance that the fourth year veteran Waller will see targets on Monday night with the departure of Cook and Antonio Brown. He’s turned heads in training camp and is a cheap low-floor high ceiling play.

Now that the circus of the ‘Antonio Brown Show’ has now left town, Williams finds himself at WR1 for the Raiders. He should receive around 6-9 targets but now will be shadowed by a stingy Broncos defence. Derek Carr doesn’t heave the ball downfield all that often and I can’t see much upside when the Raiders are the lowest scoring team on the slate. 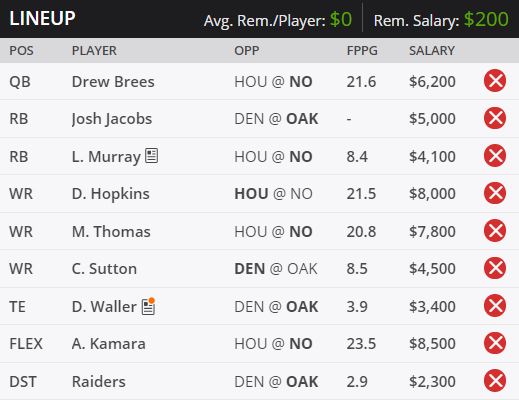 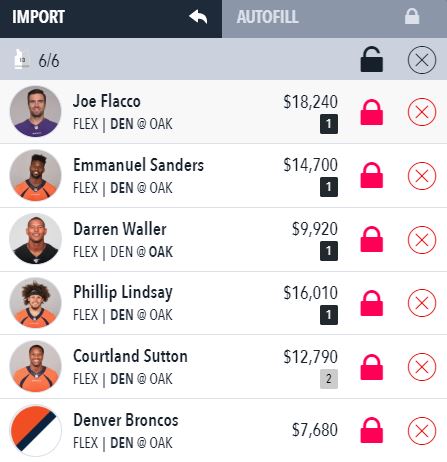 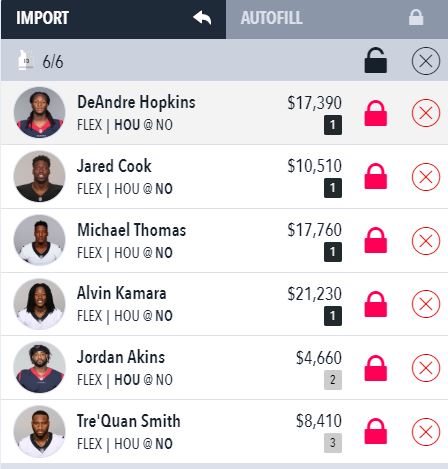