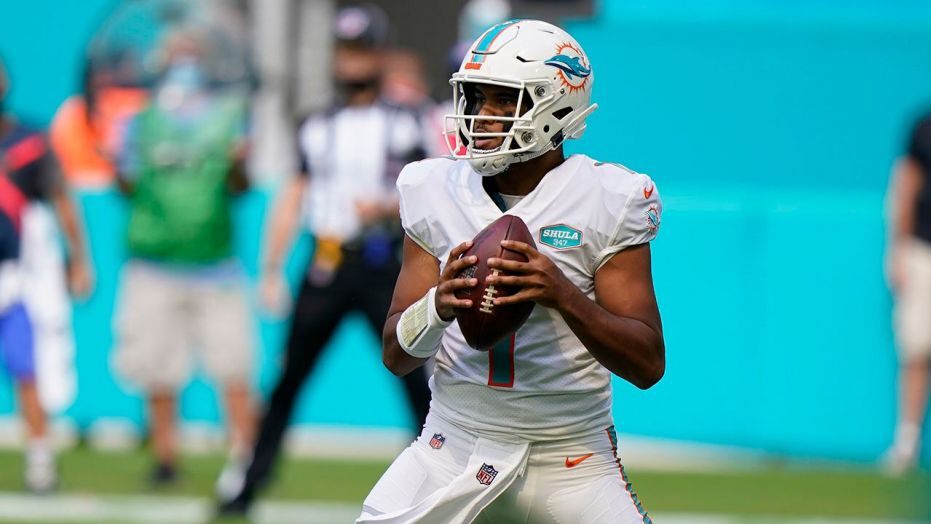 Week 9 of the NFL season is one to keep an eye out for at all times due to the nature of the pandemic. We all saw it gave the 49ers a hard time with players on the COVID reserve list and other teams could be in the same boat.

Daily Fantasy Sites Draftstars and DraftKings are back with a variety of contests to suit every style and budget on Monday morning. Starting with Draftstars, the main contest is a $30,000 for a $15 entry. A mini contest is also available for an entry of $2.

On DraftKings, there are various types of Classic contests in the lobby highlighted by the $4,000,000 Fantasy Football Millionaire where 1st prize is $1,000,000! Entry into this contest is $20 USD per entry. There are plenty of contests on DraftKings including, single, 3 entry max and 20 entry max contests. 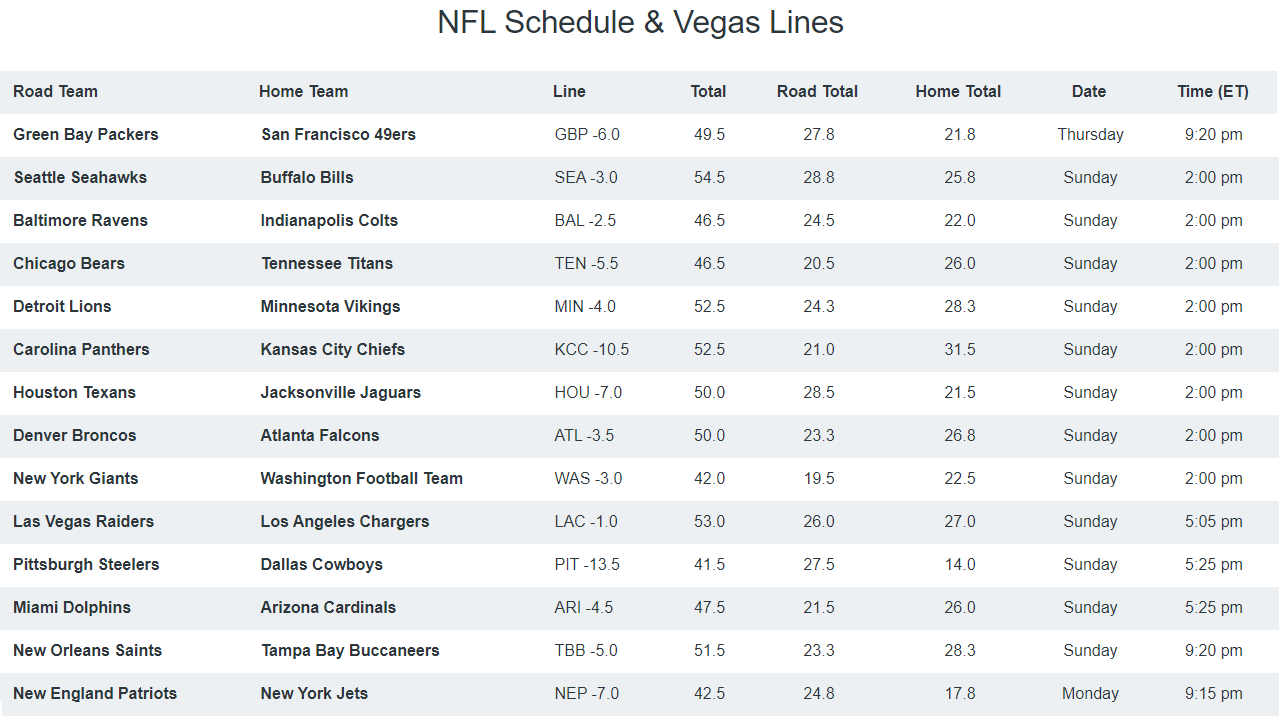 Lions’ QB Matthew Stafford’s, who was activated off the Reserve/COVID-19 list Saturday, is not clear yet. Stafford’s COVID test from Saturday morning still needs to come back negative on Sunday morning in order for him to be able to play against the Vikings, per source.

Tua Tagovailoa: The box scores aren’t looking too impressive so far for Tua. In his first start last week he scored a terrible 5 points, but he wasn’t asked to do much after the Dolphins got out to a big lead early on the back of some big DST touchdowns. Arizona is a reasonably good matchup for QBs, and we can expect the game script to involve the Dolphins chasing for most of the game. As the cheapest viable QB on the slate, taking a chance on Tua balling out in his second career start seems like a strong play to me.

Justin Herbert: Another extremely talented rookie, Herbert has had no troubles getting off to a flying start in his career. It’s only taken 6 starts for him to become one of the most expensive plays on the slate, and he now gets a nice matchup against the lowly Raiders secondary. With multiple good pass-catching options to link up in a stack, Herbert is my favourite QB play this week.

Matt Stafford: This requires a negative COVID test - but if he passes, he is the flat minimum on Draftstars and pretty much a lock. Keep an eye out on the beat writers as you make your final selections.

James Conner: After totally missing the Dalvin Cook explosion last week, it’s tempting to chase another massive ceiling premium RB, but there are several nice value options that I want to highlight. The first is Conner, who has been very consistent with 6 straight games of 14+. The Cowboys are a very soft matchup right now, so I’ll be looking for Conner to give us a 20+ score.

David Johnson: Johnson has been a poor-mans James Conner this year, with 6 of his 7 scores 11+, but nothing over 20. This recommendation is based mostly on a nice matchup against the lowly Jaguars, and blindly hoping that his reasonable workload all season can convert into the type of big score he used to provide regularly.

JK Dobbins: We need to find some value on this slate, and I like Dobbins for that spot. He got by far his biggest workload last week with Mark Ingram out, and he crushed it with 13 points. He’s been efficient all season, so with Ingram likely to be out again this season I’m hopeful for a repeat despite a tough matchup against the Colts. If he can grab a TD that would be the icing on the cake.

Devante Parker/Preston Williams: If you’re playing Tua, then you’ll want to play one of these guys. They’re both very volatile, but have ceilings of 20+ which is more than enough at those prices. It’s a great cheap stack, I’m just not sure if I’d put them both in a lineup with so much volatility.

Mecole Hardman: Much like Dobbins, Hardman had a bit of a breakout game last week, putting up a big 22 points. It seems he is starting to get more of a role in the offense rather than being stuck on special teams, and $6000 is far too cheap for his type of ceiling. Carolina isn’t a scary defense, I’m happy to chase last weeks points and plug in some more value with Hardman.

Keenan Allen: With some decent value plays locked in, it’s time to spend some salary! Keenan is a star, and he’s been clicking nicely with Justin Herbert, with double digit targets in 5 of his last 6 games. I love the Herbert-Allen stack, and I’ll add another piece to it soon. UPDATE - Allen is experiencing a "cough" but so far is clear of COVID. Again another one to look out before lock (or at least make plans to swap).

Hunter Henry: This will be the third week in a row I recommend Henry, and so far it has not gone well. He’s yet to have a big game this season, but I just cannot believe that there is any lack of chemistry between him and Herbert. The big score has to come soon, I don’t want to miss out when it does.

Darren Waller: If you’re not keen to wait for the Henry ceiling game, Waller is a great play in the same game. He’s had no trouble producing this season with 4 games of 15+ including a 28 point monster. The Chargers are not a particularly scary defense, and he makes a nice ‘bring back’ play in the Chargers stacks.

Washington/Pittsburgh: These are comfortably the two highest projected DST, thanks to quality defensive lines coming up against poor offensive lines and error-prone QBs. They’re also the two most expensive options on other sites, but on Draftstars there are 6 teams more expensive, and that is value that cannot be ignored. 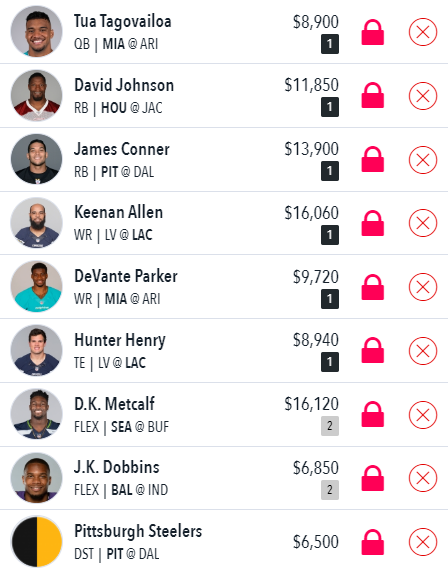