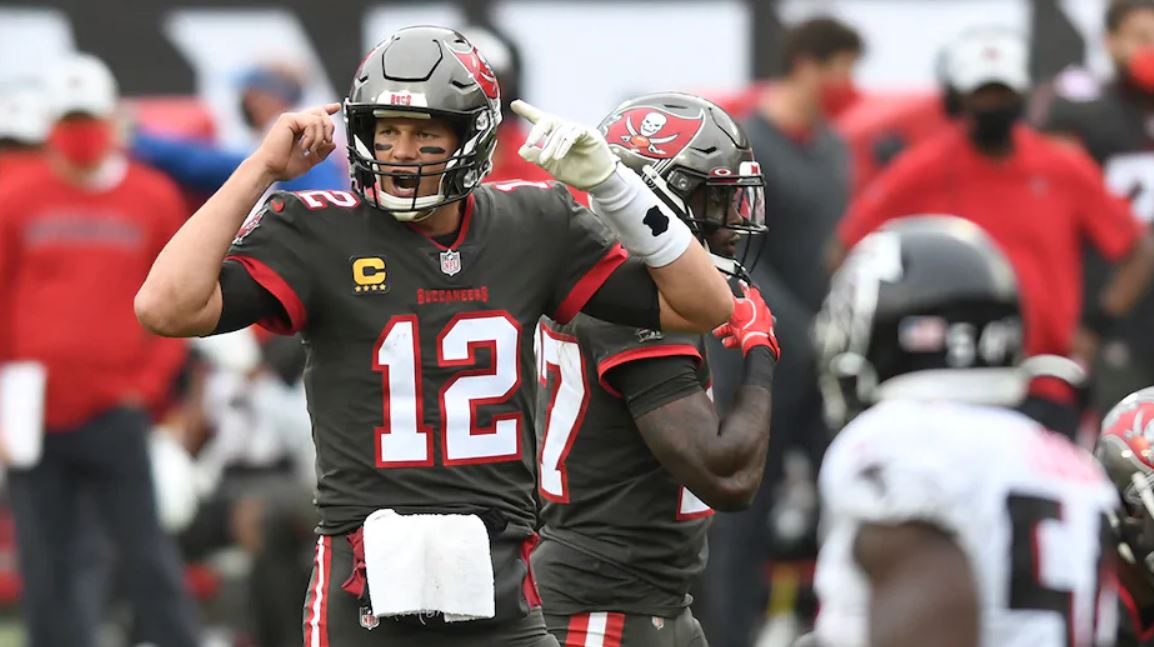 Well that season kind of flew by did it not? Now we get the treat of a couple of nice 3 game playoff slates to get the playoffs started. Day 1 starts with the Bills ($1.34) hosting the Colts ($3.30), followed by the Seahawks ($1.57) hosting the Rams ($2.41), and finally the Washington Football Team ($4.10) big outsiders against the travelling Buccaneers ($1.23). All games should be free of any weather impact, other than the fact that it’s cold.

Josh Allen: With only 6 QBs to consider, our chance to look for value at this position is limited. For that reason I’m looking straight to the top where Josh Allen has become one of the better QBs in the NFL in this season, and has the highest ceiling of any of the options on this slate. The Colts have allowed QBs to score fantasy points this season, and the Bills being big favourites gives me confidence that Allen will have the opportunity to post a ceiling game.

Tom Brady: We’re off to a boring start here recommending the two most expensive guys, but Brady does look like the next best option. He’s had a nice 3 game run of form, and is playing on the biggest favourites on the slate. He also has lots of weapons to target in the passing game. It’s not a sexy play, but it just might be the right one. If Jared Goff is unable to play then John Wolford might be worth considering at minimum price, but I doubt you need those kind fo savings at this position.

Cam Akers: Akers returned last week after a couple of weeks out with an ankle issue, and was a little rusty. He should get the chance to be the lead back this week after shaking off any injury designation at practice. The matchup is only okay, but he’s nearly impossible to ignore because his price tag is just too low. He projects to be a top 3 RB on the slate and is priced well below the likes of Gibson and Carson.

Ronald Jones: Jones is another that returned from injury/illness last week, and was productive in a big win over the Falcons. Washington is not an easy team for RBs to face, but I do expect the Bucs to build a lead and therefore to give their RBs plenty of carries late in the game. He’s just cheap enough that I’m willing to plug him in and hope for a TD or two to reach value.

Robert Woods/Cooper Kupp: Although I’m sceptical of the Rams chances with Jared Goff struggling with a thumb issue and John Wolford a somewhat limited backup option, I still want to play one of these two because the Seahawks secondary is not great. WRs have had success against the Hawks all season, and I think there is a small amount of value in these two when compared to some of the players above them.

Chris Godwin/Antonio Brown: Mike Evans is struggling with a knee issue, so the Bucs impossible to predict receiving group could be a little easier this week. Both of these players were huge last week with 30 & 36 points respectively. On a smaller slate they don’t need anywhere near this numbers this week to push your lineup to the top.

Stefon Diggs: The Allen/Diggs stack is likely to be very popular, and for good reason. They have emerged as one of the premier QB/WR duos in the NFL this season. Diggs has a slight injury concern but it sounds like it shouldn’t impact his ability to play. John Brown and Gabriel Davis are both cheap options if you want to double stack the Bills and get off to flier in the early game.

Rob Gronkowski: As always TE is the thinnest position on the slate. Gronkowski is my #1 option as a big red zone threat for the biggest favourites on the slate. I also like the idea of he and Brady looking to make an impact together in the playoffs after all their years doing so in New England. Having said that, I think this is the position where you can play almost anyone to try to differentiate yourself from the field.

Seattle Seahawks: Going against an injured Goff or inexperienced Wolford is enough for me to think the Hawks are the strongest play here. The Bucs are in a similar spot against an injured Alex Smith or backup Taylor Heinecke (or a bit of both apparently). But again, defense is such a volatile position that you can play anyone you like. 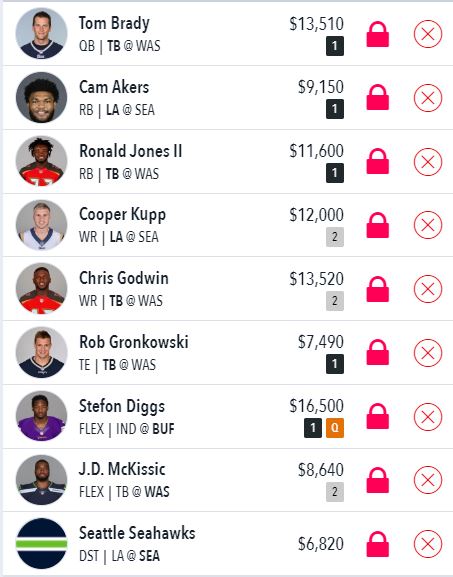