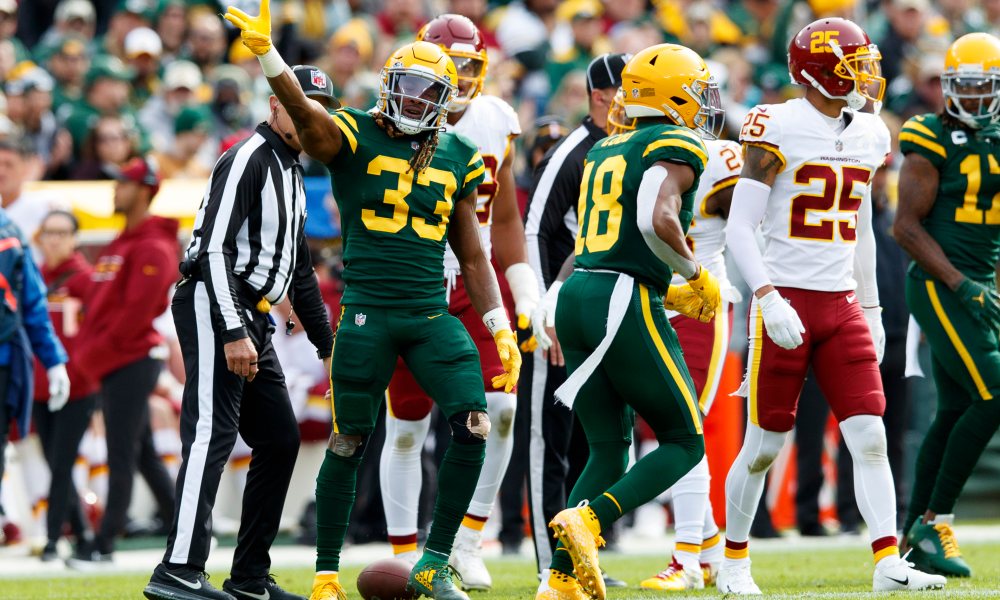 An undefeated Cardinals team (7-0) welcomes Aaron Rodgers and his depleted Green Bay Packers (6-1) team to Arizona to kick off Week 8 of NFL action. Covid has hit the Packers with Davante Adams and Allen Lazard out for the Cheeseheads which has opened up plenty of opportunity for the Wide Receiving backups. With mega bucks available on the Daily Fantasy sites, let’s see who we should be looking at on Friday morning in Australia.

Draftstars are down to a $6,000 contest in the 6-man ‘Flex’ contest with NBA now back up and running at the same time slot. Whilst another Millionaire Maker is up for grabs on DraftKings in their ‘Showdown’ format.

Arizona - WR DeAndre Hopkins is a game time decision with a hamstring injury but is likely to play.

Packers - WR Davante Adams is on the COVID reserve list and won’t play, fellow WR Allen Lazard was a close contact and will also be out. WR Marquez Valdes-Scantling is currently on injury reserve and is not expected to play.

UPDATE - News from Arizona is that J.J. Watt is out for the season which is a setback for Arizona. I am sure Aaron Rodgers slept better on Wednesday Night. 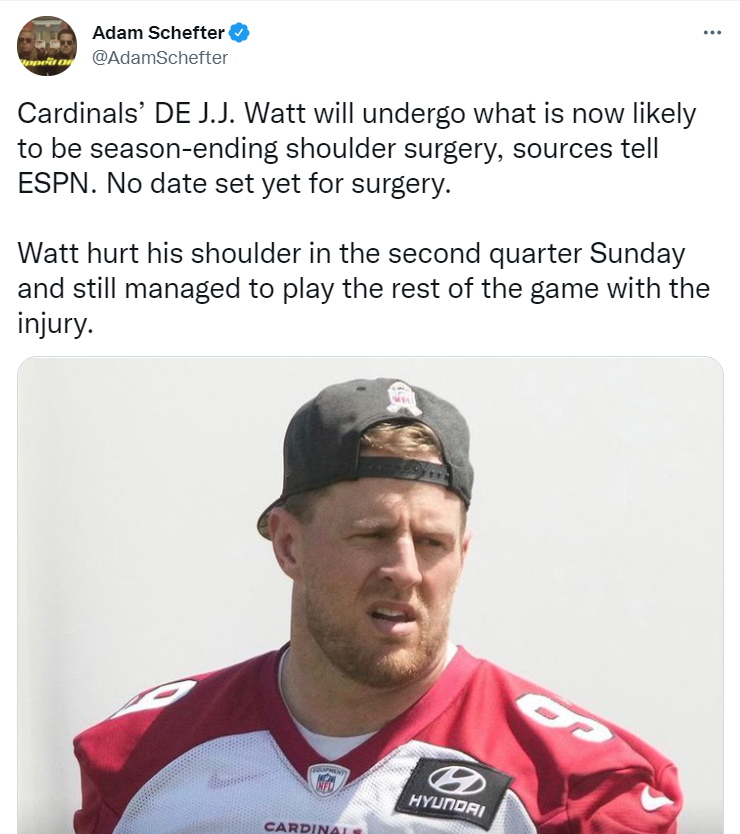 The Cardinals have had some soft matches in the past couple of weeks with the Texans, a Browns team that lost Baker Mayfield in Week 6 and a 49ers team with a raw Trey Lance. So this will be a test against a future Hall of Famer Quarterback in Aaron Rodgers. But the obvious problem with the Packers is that their WR1/WR2 are at home and their WR3 is tender with a hamstring. What do Green Bay do to combat their personnel availability and their targets in the passing game? I’ll be expecting a more concentrated effort to get Aaron Jones and possibly AJ Dillion involved. However the Cards have only allowed one Touchdown to running backs all season!! I’ll be leaning to the Cardinals options with a bring back in Aaron Rodgers.

Quite simply, Jones is going to be everywhere in this matchup via the ground and through the air. Whilst opposition running backs haven’t scored TD’s against this Cardinals defence they have however allowed over 4.5 yards per carry and 40 caught balls from the backfield. Do not worry about last week's box score, the Packers did it easy against Washington via the air. Outside of Rodgers, Jones is one of more reliable fantasy scorers for the Packers without Adams.

I guess Draftstars #Knew but the price on DraftKings will make Cobb a free square if you want a piece of the Packers passing game. Cobb wasn’t really anywhere for the opening three weeks of the season with only 5 targets but in the past three matches, Rodgers has targeted Cobb 13 times in the past three. With Adams 10+ target average needing to be spread around, I can see Cobb as the main target here.

Ertz looked like he had been on the Cards for months when he popped for a TD and 66 yards against the Texans in his first game. He was targeted 5 times in the easy win whilst only playing only half of the snaps. Some doubt that the short week will limit his snap rate this week but the price on Draftstars makes him a valued target against a depleted Packers defence. I’ll be looking for the Murray-Ertz combination to grow this week.

It is top dollar this week for Murray who gets a Packers defence that leaks points to QB rushing. However box score watchers will tell you that Murray hasn’t passed 30 fantasy points since Week 2, which is required to pay off this mega salary. A 6.5 favourite at home means I am tempering my expectations a little, but if Murray wants to be MVP then these types of prime time games are the stage to go nuts.

Conner has become a bit of a punter’s paradise who love to back him in for anytime touchdown scores (4 games out of 7) but Conner took a back seat to Edmonds last week. Despite scoring late in the 4th quarter against the Texans. Edmonds out carried Conner for the first time this season and out-snapped him by 49 to 21. If this trend continues, the price has risen too much for me for a RB2 and he is my easy fade this week. 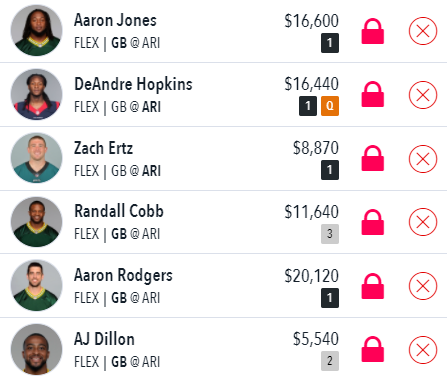 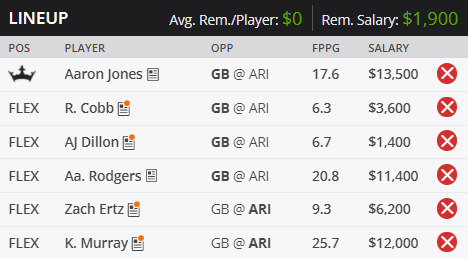