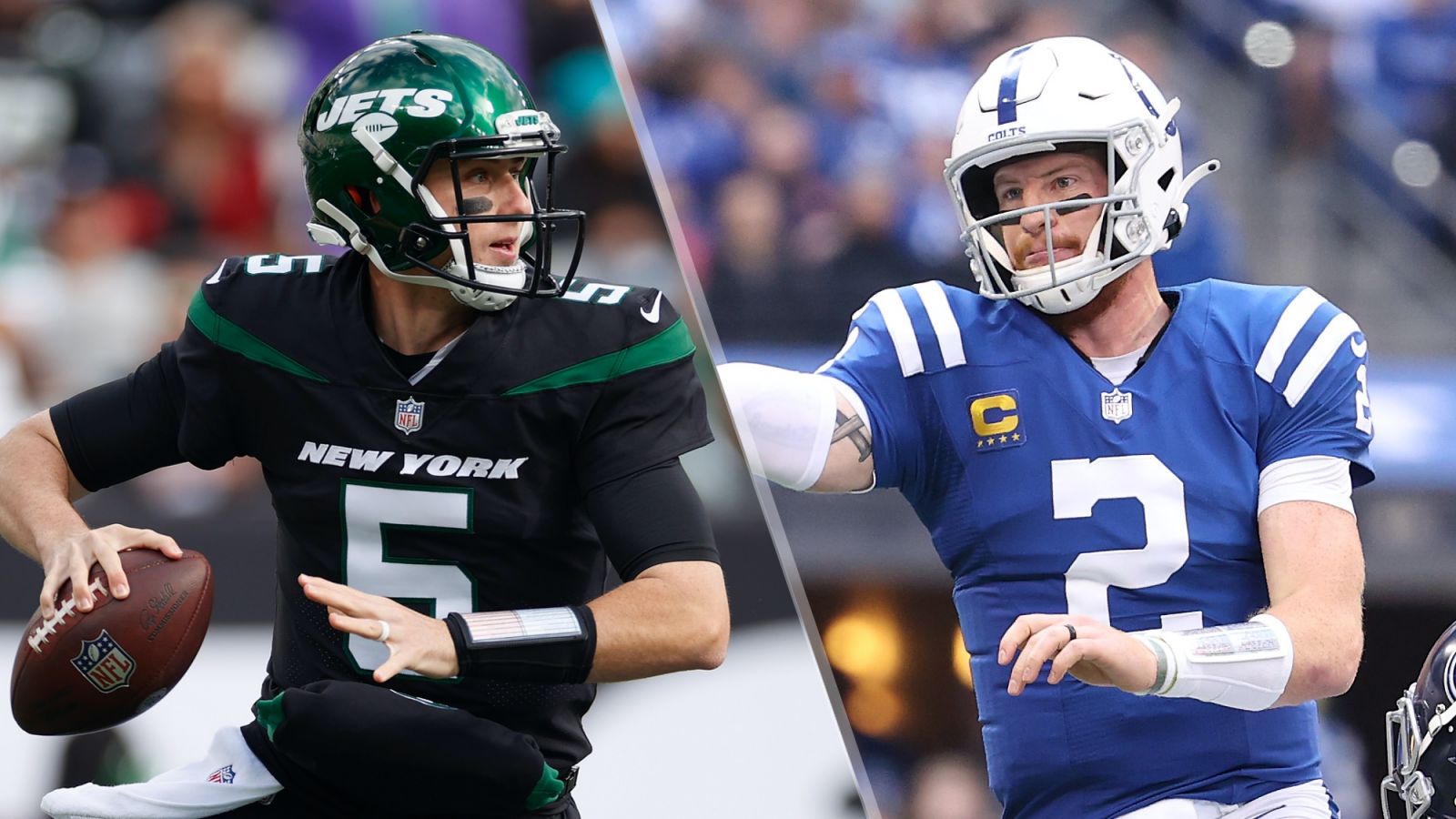 Week 9 of the NFL starts on Thursday Night in the States with the Indianapolis Colts (3-5) hosting the New York Jets (2-5). The Jets are coming off a remarkable win against the Bengals in Week 8 whilst the Colts are coming off a remarkable loss against the Titans. On paper this looks like a one sided affair but these prime time games can throw up some crazy entertainment.

Draftstars are back with a $6,000 contest in the 6-man ‘Flex’ contest with NBA now back up and running in the same time slot. Whilst another Millionaire Maker is up for grabs on DraftKings in their ‘Showdown’ format.

Colts - WR TY Hilton is out with concussion

Look, we were all shocked last week to see Mike White ball out against the Bengals but it sets up a tough night for the Jets. As mentioned, when the Colts were on prime time a couple of weeks back, the Colts play a zone like defence that defends the long ball. This may benefit the short ‘check-down’ passes from White but it could be a rough night for all of the Jets Wide Receivers. Carson Wentz will be looking to win well here being a 10.5 favourite at home and could be a big night for the Colts. Colts pieces and D/ST will be popular.

Still stinging from the loss to the Titans last week, this is a great bounce back spot for Wentz who has thrown for multiple TD’s in his last 5 matches. The Jets have struggled against the Pass all-season giving up an average of 275 yards per game and are likely to have no answer against the stout Colts O-Line. Have confidence that Wentz will right the ship here.

Clearly the number 1 receiver for the Colts and with TY Hilton still on the sidelines, Pittman is having an excellent 2nd season. 65 targets have turned into 45 receptions and 4 TD’s. Those 4 TD’s have come in the last three weeks and I can’t see how the Jets stop Pittman on Thursday Night.

Guess we have to take shots on Jets Wide Receivers as they are pretty cheap across the industry. With Davis likely out, Mims will likely be WR2 with Jamieson Crowder in the slot and Keelan Cole in three-WR sets. Mims is at the minimum on Draftstars, allowing to get to higher end pieces on this slate. The confidence is low but we need at least a Jet in your lineup.

Probably not for me on DraftKings but on Draftstars, you certainly need to consider White after what he did last week against the Bengals. Seemed like White has been starting for years but after 400 yards passing we know he has some sort of a ceiling. I have him in for 13-15 fantasy points so I am a bit torn here. If playing multiple lineups I will probably be a little bit underweight against the field. 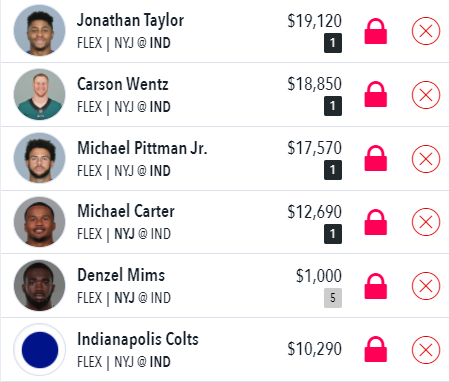 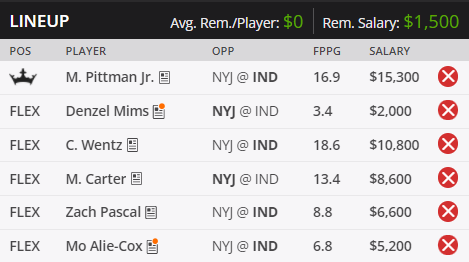