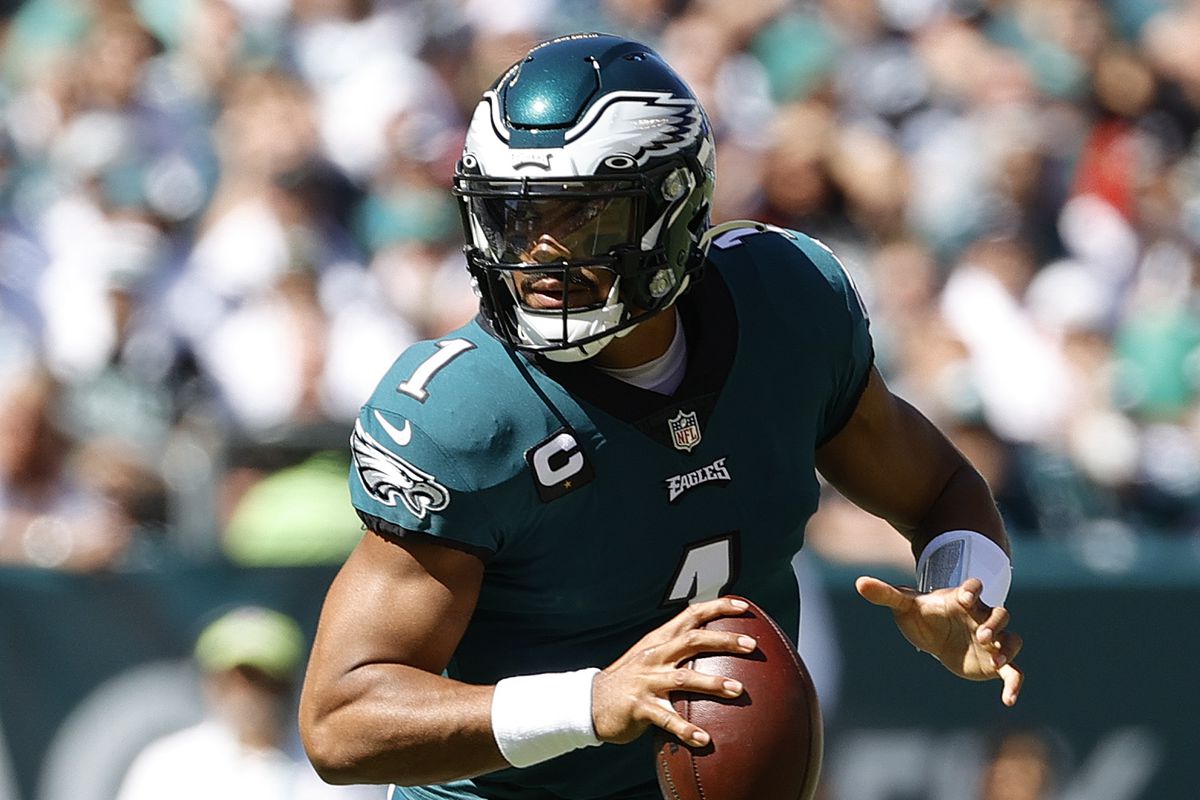 The Dallas Cowboys are in another prime time spot in Week 3 of the NFL where they take on bitter divisional rivals the Philadelphia Eagles on Monday night (Tuesday morning in Australia). AT&T stadium in Dallas will be rocking for their parochial fans after the Cowboys were in the spotlight after their documentation in the pre-season series ‘Hard Knocks’. Both teams come in with a 1-1 record and one will lead the division after Monday night.

Dallas - Amari Cooper had a rib issue from Week 2 but fully practiced and is good to go.

Philadelphia - Zach Ertz has been removed from the C19 reserve list and is also good to go.

We can put down the highish total and a small spread to the Cowboys defensive side of the ball with pass rushers, DeMarcus Lawrence, Bradlee Anae and Dorance Armstrong all out. This should provide Jalen Hurts more time in the pocket, or otherwise more chances to enhance his run game in this matchup. Whilst Cooper is good to go, many believe he is not quite 100% so many will look towards CeeDee Lamb to fill the void for targets and receptions. Ertz returning to the Eagles does muddle the Tight End situation job-share with Dallas Goedert. So for Showdown/Flex contests, I wouldn’t be investing in D/ST in this one unless one of these QB’s falls off the rails big time. Expecting plenty of points from a wide range of players here.

It comes to no surprise that Hurts likes to use his legs more than his arm through two games. Only Lamar Jackson has rushed for more yards than Hurts so far and his targets to receivers have been quite spread across the attack. No TD’s thrown against the 49ers and still scored 20+FP. Hurts will be popular in CPT spots and is looking like an 80+% play on Draftstars.

Overshadowed by his colleague in Tony Pollard against the Chargers, Elliott still played the majority of snaps in Week 2 and produced 17FP from a TD and 2 receptions. The price on Pollard is rather cheap and should garner excessive ownership. The coaching staff will want to show that Elliott is still the number 1 dog in this Cowboys offense and we can get him at a considerable discount.

Tough call to roster on DK but DS have practically gifted Pollard whoever wants him on Monday Night. Was dynamic in his 100+ rush yard performance despite only playing only ⅓ of the snaps in Week 2. As I alluded to with Zeke, the Cowboys now have a decision to either keep Pollard in situational 3rd down plays or keep playing the hot hand. I am leaning on the former and might take a chance fading him at high DS ownership.

Despite being placed on the COVID reserve list earlier in the week, Ertz has been cleared to play and does represent some lower end value for DK showdowns. Ertz did run more routes than fellow TE Goedert in Week 2 (17 to 15) but predicting who is going to be the main target here is tough. Plenty of mouths to feed in this Eagles attack and I believe these two could be overlooked. DK did bake in Godert's number 1 role into his salary with Ertz out, but now is overpriced. 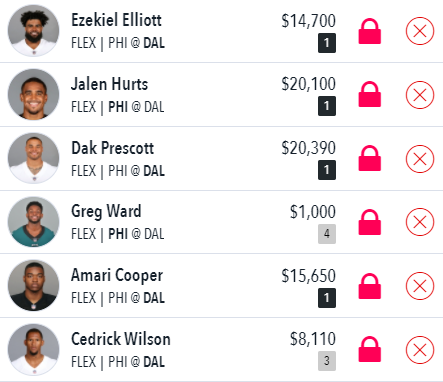 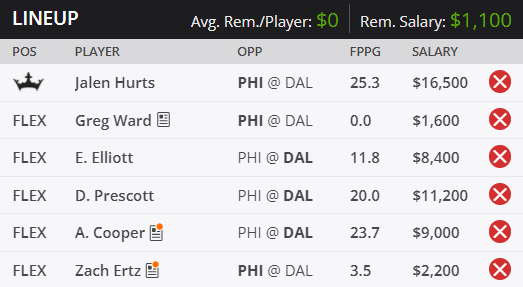