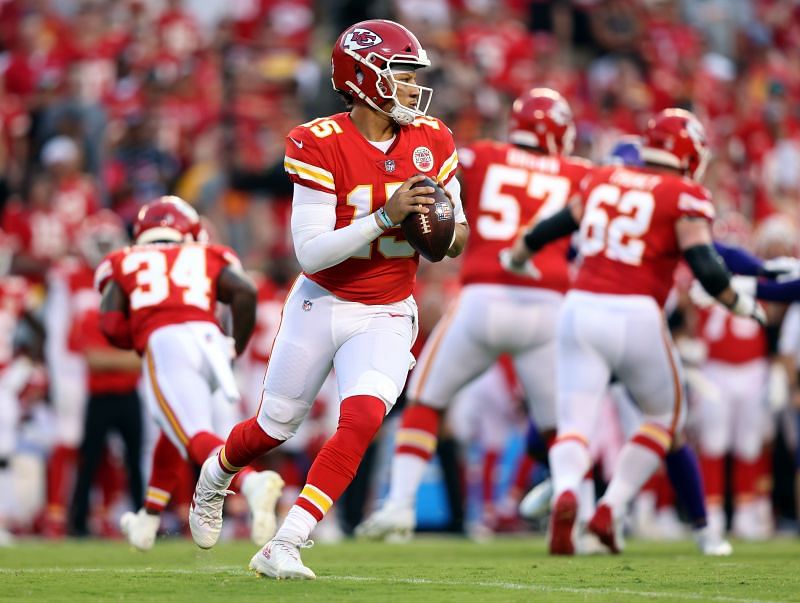 Patrick Mahomes: With four of the best QBs in the NFL on this slate, how can we really go wrong? Still, I have to pick one, and it’s Mahomes who has the best blend of building form, historical ceiling and passable price. While it’s very hard to split him from Josh Allen just above him in any of those categories, my feeling is that the Chiefs juggernaut is going to steamroll the Bills because that’s just what they do at this time of the year, so I’d rather be on the red side of that game. Brady and Stafford can both get there, but the game planning for that game feels like more of a grind for both teams.

Cam Akers: If the Rams are grinding out a win, it will be because Akers has a big game. The young stud made a couple of big plays last week as he continues to come back from a major injury, and I can only see his workload increasing as the games get more serious. With RB being very weak on this slate, I want to go early on Akers and trust that his enormous talent will deliver a big enough score to make a difference for us.

Devin Singletary: With 6 straight scores of 15+ and 3 straight 24+, it feels like we can trust Singletary as the ‘get-what-you-pay-for’ option on this slate. He might not get the multiple TDs that he’s enjoyed in his last 3 games, but it’s hard to see the team going away from trusting him with a big workload. Jerick McKinnon and Ke’Shawn Vaughan are both interesting alternatives with much less trustworthy roles, but it’s a wide-open position.

Tyreek Hill: A lot of us are feeling disappointed with what Tyreek has produced recently, but I still expect he’ll be a popular choice on this slate. I’ll have to agree with the crowd and invest in a big game on the big stage in conjunction with Mahomes. The Bills defensive backs are no joke, but Hill is the kind of talent that can find space anywhere on the field, so as long as Mahomes is getting time to throw I think it’s inevitable we’ll see some big plays to his preferred target.

Mike Evans: For a little cheaper, we can get Evans who has certainly been producing lately. With Godwin and Brown out of the picture, it’s down to Evans and Gronkowski as the main targets for Brady. It’s likely that Evans turns that into 10 targets, plenty of yards, and we just have to hope that his run of scoring TDs continues.

Tyler Higbee: There hasn’t been many big outings for Higbee this season, but things have undoubtedly improved of late. Before last week it was 4 straight weeks of 5+ receptions, with the spike week coming from a couple of TD catches. It’s a little hard to get up to Kelce and Gronkowski on this slate, so I’m preferring Higbee and Knox as players that get enough volume and enough RZ opportunities to match the far more expensive pair on their day.

Kansas City Chiefs: Tom Brady doesn’t make mistakes, Matt Stafford does but not in a big way, and I’m backing Mahomes and his Chiefs to explode. That leaves me staying at the cheaper end of the options and backing the Chiefs to pile the pressure on Josh Allen and create some turnovers. While his play continues to grow, I still think he can be exposed when things start going against him. 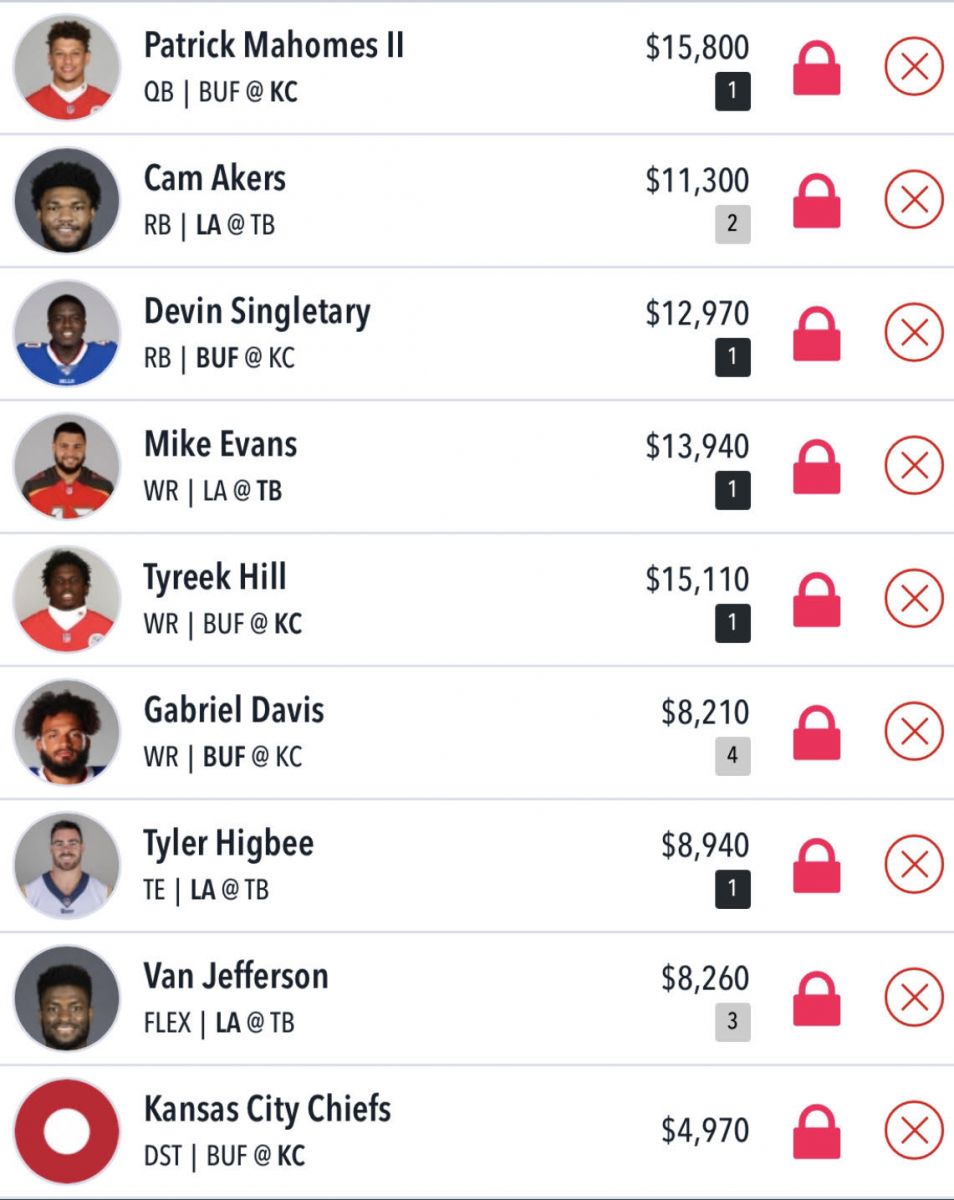