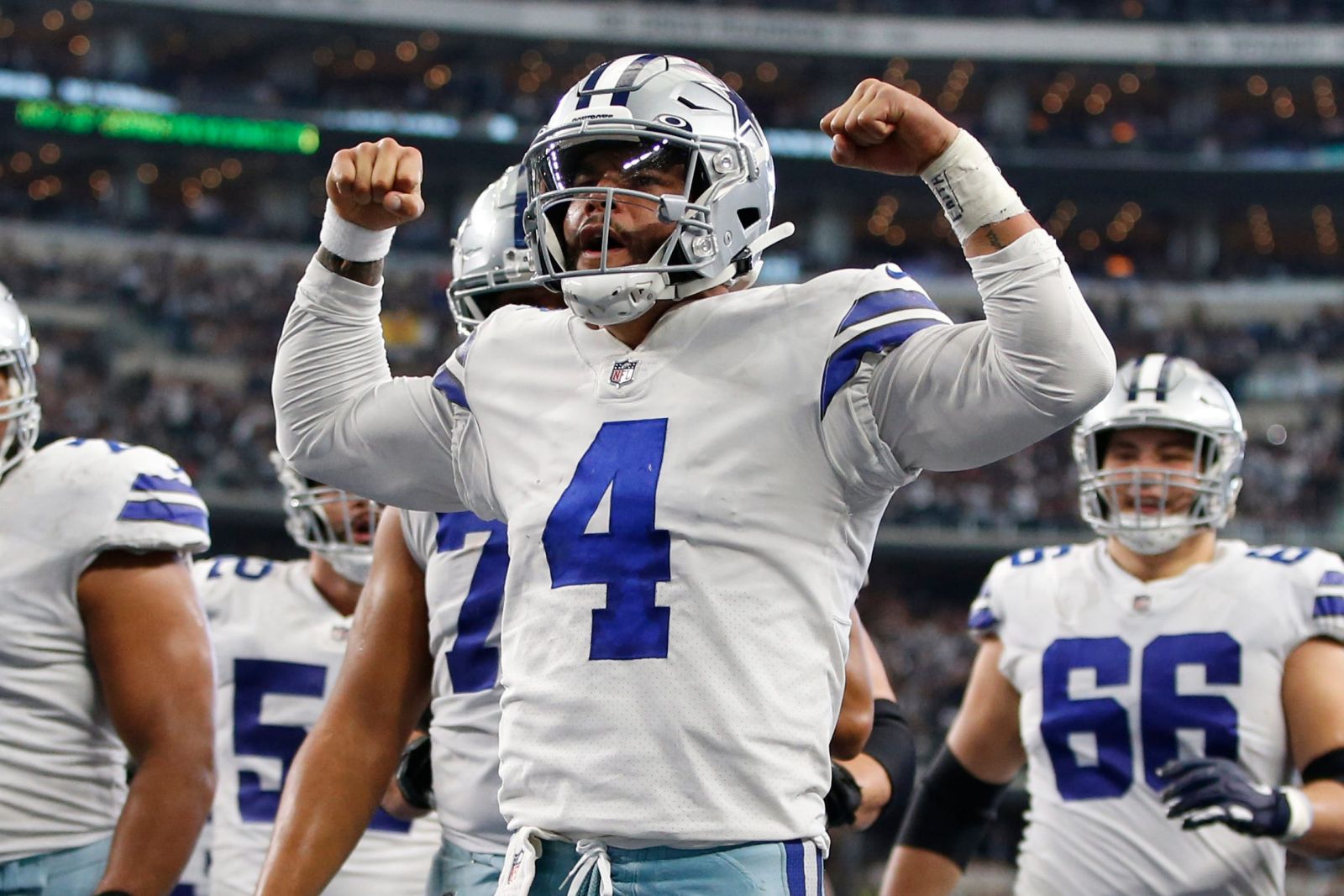 Week 13 of the NFL starts on Thursday Night in the States with the New Orleans Saints (5-6) hosting the Dallas Cowboys (7-4). Both teams are coming off losses in Week 12 which has caused a Quarterback change at the Saints. The Cowboys do look comfortable at the top of the NFC East although intentions of climbing the seeding of the NFC looks a job too far. The Saints are within a gaggle of teams fighting for a wildcard spot and a win at home will put them in contention. With HC Mike McCarthy out due to Covid, this could be a good spot from HC Sean Payton to get his Saints and replacement QB Taysom Hill the win they need.

Dallas - WR Amari Cooper has cleared COVID protocol but however still has illness symptoms after Wednesday practice. I’m sure a good night's rest and he will be back for the Cowboys. WR Cedric Wilson is out with an ankle injury. WR CeeDee Lamb has cleared concussion protocol after missing the Thanksgiving game. RB Ezekiel Elliott's nagging knee injury has limited him in the past couple of games but the Cowboys are optimistic of more run on Thursday.

Saints - RB Alvin Kamara is OUT with a knee injury and has missed the past three games.

As you can see above, on adjusted value, these two teams defences are pretty good despite the high passing numbers against. This is the first week that jack-of-all-trades/money bags Taysom Hill assuming the starting Quarterback role and it is going to be very interesting what plays and schemes the Saints cook up on Thursday Night. For the Saints to have a good chance, they need to find a way to cover Alvin Kamara's absence as they struggled to put on points on the scoreboard last week against the Bills. The Cowboys however are starting to get healthy again. Putting Elliott’s knee issues, Cooper’s Covid and Lamb’s concussion aside, the Cowboys will be looking to crack this Saints defence that has given up an average of 30 points per game in the last 4.

Prescott was excellent in the Thanksgiving game against the Raiders with his third-highest scoring effort of the season, totaling 28.3 Draftstars fantasy points. It was his third time earning the fantasy bonus for throwing for over 300 yards (plus missing out with 296 against the Falcons). Whilst I am not so bullish getting to that bonus against a strong secondary, I can see Prescott getting his receivers involved often to look after Elliott.

With top Saints CB Marshon Lattimore shadowing either Michael Gallup or Amari Cooper, Lamb should be very popular for receiving targets from Prescott from the slot. If Cooper doesn’t clear his illness in time, then I expect Lamb to be very busy for the Cowboys despite missing Thanksgiving from concussion.

Kamara is out and Tony Jones Jnr didn't offer a whole lot last week. So I do actually like Ingram here at his price tag on Draftstars. Prior to his absence last week, Ingram has produced double-digit fantasy performances whilst he is ownership will be inflated, Ingram has a safe way to 10+ points here at home.

Hill’s dual threat ability in the Quarterback position has the potential to be fantasy gold, however the days of subbing in for Drew Brees and passing to Michael Thomas are long gone. The Saints receivers are not fantastic and with Kamara missing, I can’t see an obvious path to 15+ fantasy points. Not a slam dunk play but on the fence here with Hill.

With the Cowboys’ three main receivers back and Elliott/Pollard going well on the ground, I am finding Schultz pretty overpriced against this Saints defence. Whilst a touchdown or at least 5+ receptions will get him to that price tag, the lack of TD’s in the past 6 weeks has me passing on him this Thursday Night. 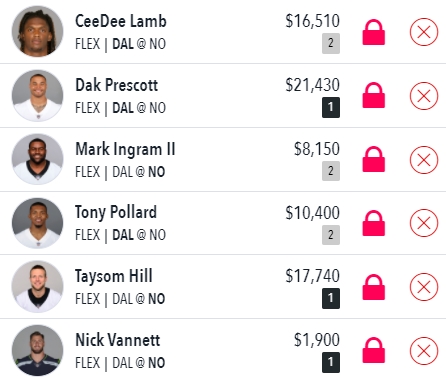