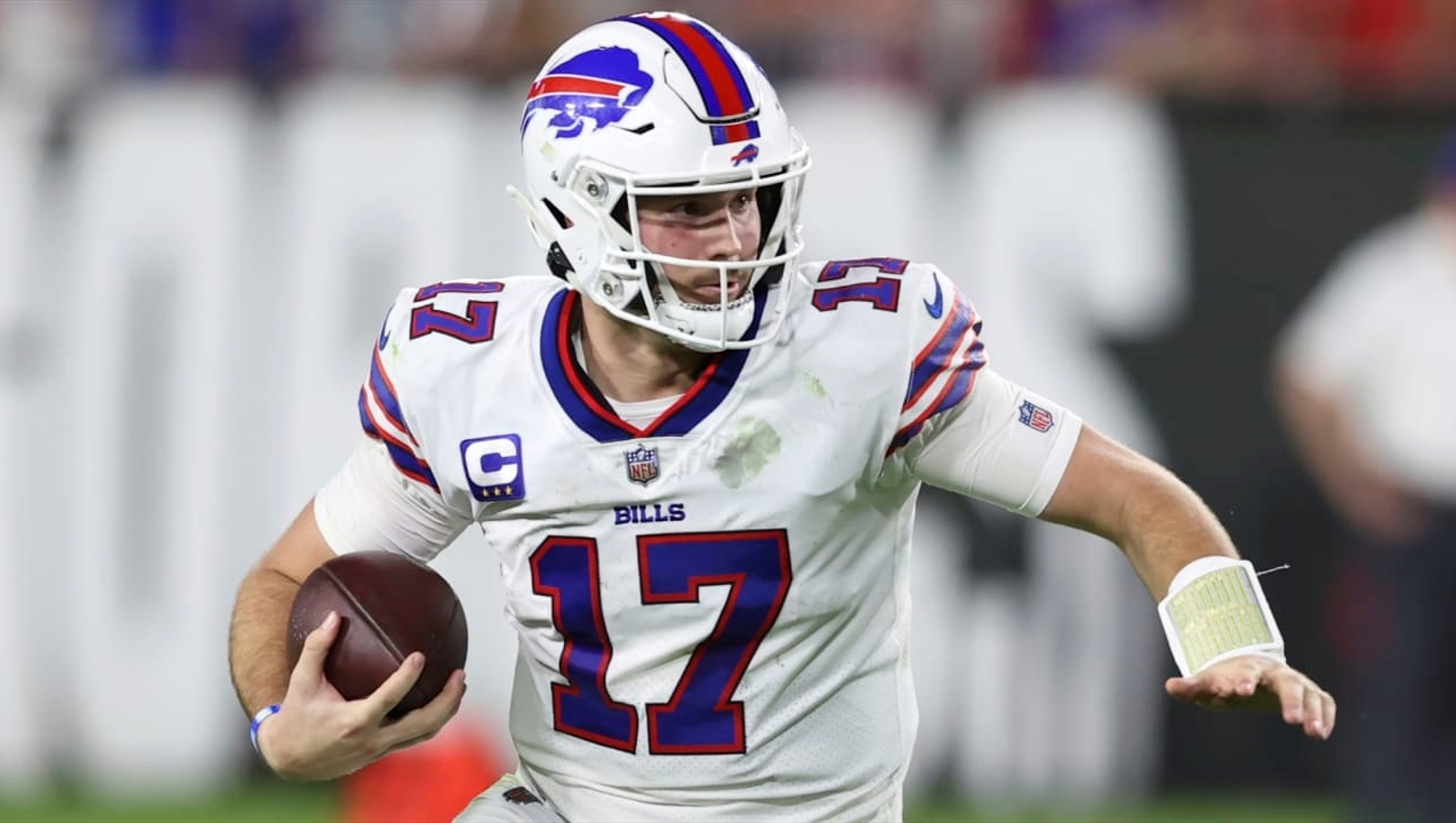 It’s the 2nd last week of the NFL regular season, and the lack of a Thursday night game means that we are getting a massive 14 game slate to sort through this week. Draftstars has posted the main contest with a $20,000 prize pool, including $2,184 to first place. COVID is still having its way with the availability of many players, so there are a number of moving parts that should be monitored up until the slate locks. 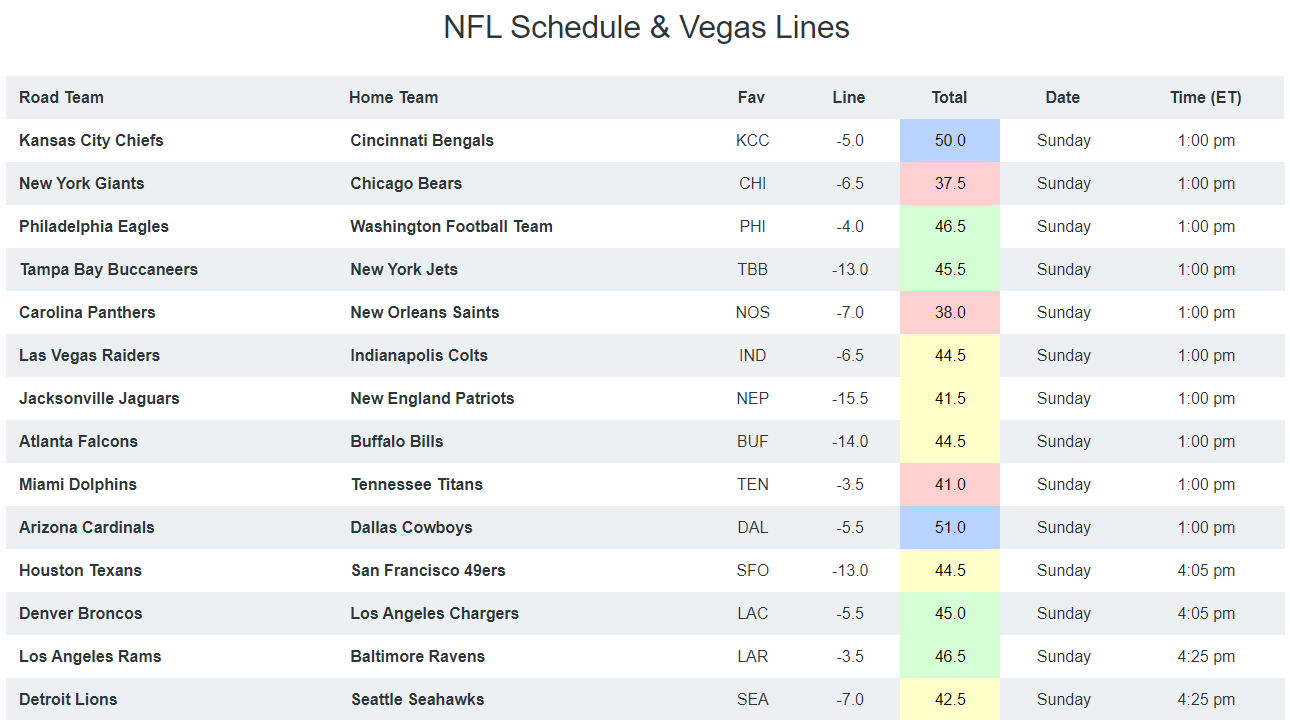 Another week, another mention of Allen and his enormous ceiling. With literally all he big guns on the same slate, it’s fine margins when picking between them. Allen is in another great matchup with the Falcons, and with minimal price difference to the other studs he continues to be my preferred option.

Outside of dart throws, there isn’t much to get excited about in the lower parts of the pricing range. Just below the guns, I’m leaning towards Lance over the likes of Hurts, Wilson and Burrow as a GPP play. Burrow could get some attention after last week’s monster game, while Lance is much more of an unknown. With Jimmy Garropolo doubtful, Lance could have the training wheels taken off in a very beatable matchup with the Texans.

With Clyde Edwards-Helaire out again, Williams looks like excellent value at minimum price. He’s already popped a couple of times this season in similar situations, and now plays in a high total game against the Bengals. His ability to do work in the passing game as well as at the goal line should ensure he’s one of the safer value plays.

I’d prefer not to write up Rojo, the perennial fantasy disappointment who completely lost his role to Leonard Fournette this season. But, with Fournette still out, Jones is in a pretty nice spot against the struggling Jets. If he can break a couple of big runs to help get the 100+ rushing yards bonus, then he can find the ceiling to pay off a middling price tag. It’s not my favourite play on this slate, but it could be the kind of low-owned GPP move that pays off.

Jonathan Taylor always stands out at the top of the board, but I’m looking further down at Montgomery as a player with similar upside for his price. It’s been an injury impacted season for Montgomery, but he has found a little form lately and we know he can string good games together after going on a 6-game scoring spree last season. The matchup with the Giants is a good one, and the fact he has caught 5+ passes in each of his last 4 games helps when it comes to looking for a ceiling game.

With Cooper Kupp priced at a point where it’s almost impossible to go there, Hill stands out as a strong value/ceiling combination in a decent matchup with the Bengals. With 5 scores over 27 this season, it’s a good idea to get some exposure to Hill after last week’s disappointing 4-point effort.

Things have changed at the Bills. As the team has gone through some struggles in the second half of the season, Davis has leapfrogged Emmanuel Sanders and possibly even Cole Beasley as the most likely target behind Stefon Diggs. That culminated in last week’s career best game with two touchdowns and 25 points, and his price has not responded at all. If things get out of hand against the Falcons, an Allen/Davis stack looks like a very price effective way to take advantage of the team’s massive upside.

With Deebo Samuel and George Kittle priced way up, my favourite way to correlate with Trey Lance might be the bring back of Cooks. Coming off consecutive 20+ point games, Cooks is still very cheap, and I suspect he keeps getting fed with targets on a team that has little else to focus on. All it will take is another 100+ yards receiving, with a TD or two just a bonus.

A quiet week after his two big breakout games has me looking at Goedert again, mostly because he’s slipped a little further down the pricing pole. With a beatable matchup against Washington, I like his chances just as much as any of the (likely) overpriced options above him.

I’ll keep riding the Dolphins who are on a 7 game win streak, during which time the DST has scored 17+ points on 4 occasions. While the Titans are not the easiest matchup, they are also without some of their best weapons and could be overwhelmed by a swarming Dolphins secondary. The price tag is pretty nice as well. 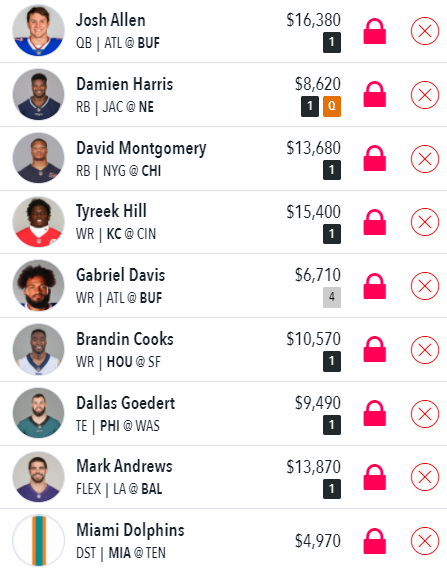 Been saving these for a loooong time. Cheers guys! pic.twitter.com/7BUnYFSTro