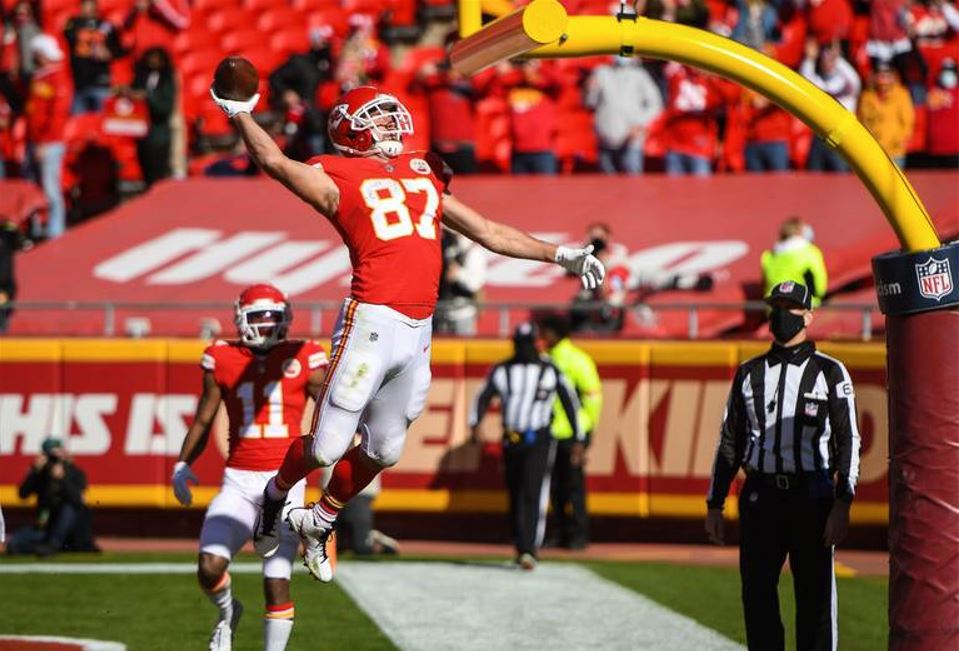 Week 6 is upon us, and for the first time the slate is impacted by teams on the bye. With 4 teams taking the week off, and another London game, we have a reduced size 10 game main slate. The prize pool is down a bit on Draftstars, but still plenty big at $40,000, with $3,915 to first place. There is still plenty to consider, so let’s take a look at a few of the more interesting options.

*This list will update – due to the absurd amount of Questionable tags.

Dak Prescott ($13,670 DS $7,100 DK) My biggest week 5 takeaway was not to be too scared of what look like tough matchups on paper, after Justin Herbert and his teammates went ballistic against the Browns. Prescott has yet to show his true ceiling in his comeback season, and the Patriots matchup doesn’t look overly appealing as a stingy and low-scoring team. With the price responding to these factors a little, I’m keen to bet on the Cowboys passing game to have an explosion in an unexpected spot.

Taylor Heinecke ($12,740 DS $5,800 DK) Someone that does have a good matchup on paper is Heinecke. The Chiefs are struggling to stop decent teams scoring this year so far, and their offense has been slightly off also. This sets up as a chance for the Chiefs to find their mojo against a struggling Washington defence, forcing Heinecke and co to keep up against a bad defence. The ceiling on this ‘poor man’s Josh Allen’ isn’t enormous, but it’s enough to pay off a very affordable price tag.

Darrell Henderson ($13,120 DS $6,000 DK) At time of writing, the top of the RB board is a sea of questionable and doubtful tags, with a handful of clear names. Henderson is the one that stands out to me, as he continues to get a bell cow workload to go with a middling matchup with the Giants. I’m sure most of the injury concerns will clear up before the games start, but I’ll still prefer Henderson at a very fair price.

Jonathan Taylor ($14,470 DS $6,600 DK) A young RB that I’m yet to get on the right side of, Taylor is another that is clear of a designation and gets perhaps the softest matchup in the league with the Texans. Of course, the Colts aren’t so hot themselves and this could be a competitive game, but Taylor has the ceiling to thrive in any situation.

Kareem Hunt ($11,560 DS $6,200 DK) A late add to my plays is Hunt after Nick Chubb was ruled out with a calf injury. Whilst Hunt has been used in specific 2-minute and 3rd down offense, Hunt will become the number 1 back for the Browns at home against the Cardinals. A lingering Wrist injury however means we need to monitor his status going into the late game.

Terry McLaurin ($14,380 DS $7,100 DK) Easily the most appealing stack partner for Heinecke, McLaurin has already flashed his star power with two 30+ scores this season, although his quiet weeks are not great. I think the up/down pattern continues this week as he takes advantage of the Chiefs and gets 10+ targets from his QB. Trying to pair him with Tyreek Hill could create a massive ceiling game stack.

Ceedee Lamb ($13,700 DS $6,500 DK) Another young stud, Lamb’s scores have been a little more middling so far, with one 3 point shocker in week 4. In line with Prescott, I think the explosion game is very close, and I’ll be pairing the two of them together this week to try to make the most of it at low ownership.

Tim Patrick ($6,630 DS $5,100 DK) The talk on twitter is that Patrick is a much better player than we all think, and the reason he gets no credit is largely down to his boring name. It seems the Draftstars pricing formula feels the same way, as he stays near minimum price again this week despite being the WR2 on the team again and scoring in the 13-16 range in 4 of 5 games so far. That likely mean he lacks a big ceiling, but he’s a very safe value play for cash lineups or to free up salary for big ceiling stacks in a GPP. The Raiders matchup should allow Patrick and his Broncos teammates enough room to move.

Travis Kelce ($15,690 DS $7,000 DK) My official bring back for the Washington stack, Kelce doesn’t quite have the massive ceiling of teammate Hill, but he has a much bigger ceiling that anyone else at the tight end position. Coming off three quieter weeks, it might be a good time to swallow the big price tag and hope that the likes of Andrews, Schultz, Henry and Njoku draw some ownership way after big recent performances.

Evan Engram ($7,520 DS $3,400 DK) A player that used to have a big ceiling before a bad couple of seasons, Engram is on the field and in a game where the Giants will definitely need to throw the ball without Saquon Barkley. Engram is slowly building towards something, and the likes of Shephard, Slayton and Toney continuing to deal with injuries only increases the chance that the ball is coming his way. Hopefully Daniel Jones is good to go after his concussion last week.

Arizona Cardinals ($4,010 DS $2,700 DK) Other than the Colts and Rams at the top of the board, it’s hard to find much confidence in any of the DST options this week. For that reason, I’m going to the bottom where the Cardinals have shown they can do it a couple of times already this season. The Browns matchup doesn’t look ideal, but Baker Mayfield continues to struggle with a shoulder injury and could be vulnerable to a few mistakes at some point. The Vikings against a Sam Darnold led Panthers outfit which could be regressing to the mean a little is also a cheaper option. 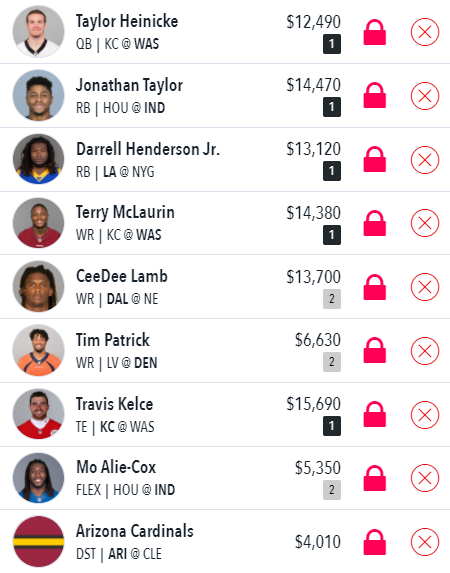 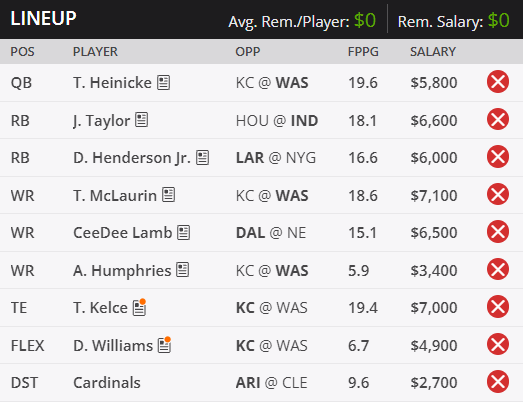