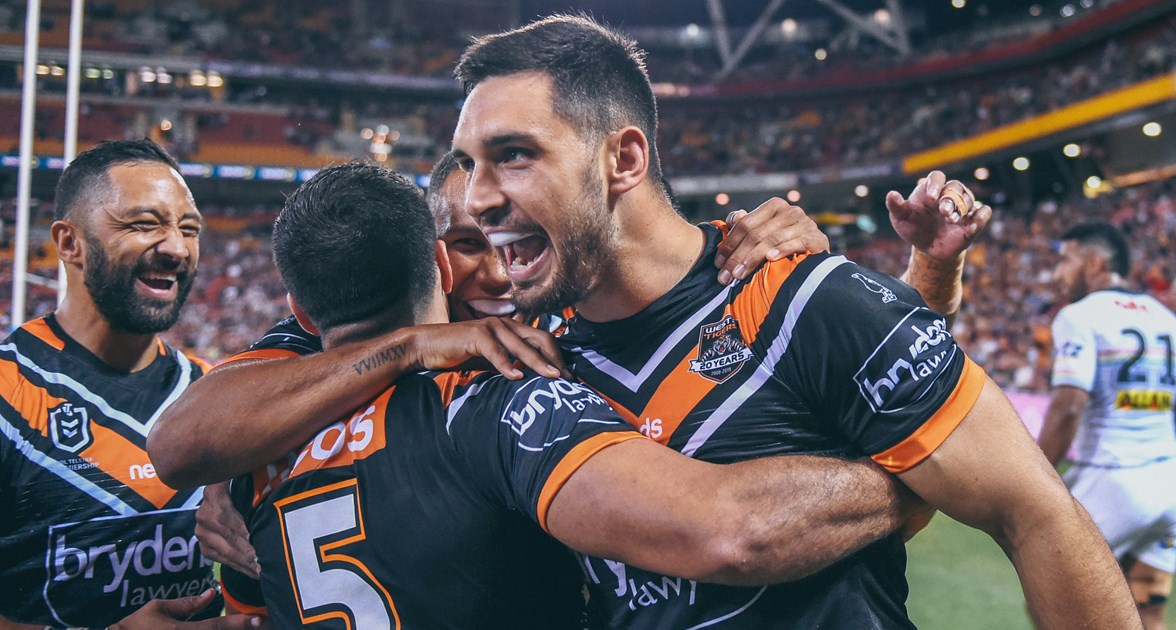 Round 10 of the NRL kicks off on Thursday with the Melbourne Storm taking on the Wests Tigers with both teams coming off comprehensive victories throughout Magic Round. With Origin just around the corner, plenty of players are looking to stake their claim to fill key positions, with injuries over the past fortnight only adding further speculation to who will fill coveted Maroon and Blues jerseys. There is plenty of prize money up for grabs with Draftstars putting up $8,000 guaranteed for the Storm v Tigers clash with further $3,000 and $2,000 guaranteed pools for games throughout the remainder of round 10. MoneyBall have put up $5,000 GPP for Thursday night’s clash along with guaranteed pools ranging from $2,000 - $3,000 for the remainder of the round. In what is expected to be a highly entertaining clash, let’s take a look at both the Storm and Tigers as we look to give you a leg-up ahead of the weekend.

In a contest that shapes up as an absolute blockbuster, both coaches will be looking to keep their sides grounded despite huge wins against their opposition over Magic Round. While the Storm got the bounce of the ball against the Eels, they didn’t hold back piling on 64 points in front of the Suncorp Stadium crowd. The Tigers on the other hand had the game just about wrapped in the first 20 minutes, flexing their left-edge muscle against an under-siege Panthers team. While the Storm head into this match missing both Jahrome Hughes and Curtis Scott from last week’s dominant victory, they are not short of talent with Ryan Papenhuyzen ($8,500 DS) and Marion Seve ($7,890 DS) to fill their place. Meanwhile, the Tigers welcome the return of Josh Aloiai ($10,710 DS) from concussion, with debutant Oliver Clark making way.

By Round 5 last year, both of these sides had played twice with the Tigers getting the edge on both occasions in what was a strong start to the year. A two point win in the second round as huge underdogs in front of a raucous Storm crowd, and it was David Nofoaluma who had a heavy impact off the back of 176 metres, 5 offloads and 11 tackle breaks in what was a +28.1 DS differential for the away side. When the Tigers claimed victory by a field goal after returning home three weeks later, it was -90.9 differential for the victors with the Storm scoring heavily in defence. It was Luke Brooks ($13,000 DS, 75.6 pts) off the back of 8 tackle breaks, 2 line breaks and a try assist that proved paramount. While for the Storm, it was captain courageous, Cameron Smith ($15,900 DS, 84.9 pts) with 57 tackles, 3 offloads and 269 kicking metres that proved a tough force for the losing side.

Looking at this clash, the Storm have opened up as strong favourites and it’s not surprising after the way they dismantled a Parramatta side by 54 points. While the Tigers were almost as impressive, they will need to be at their very best to beat the Storm in Melbourne. But the loss of Curtis Scott to injury isn’t ideal, and considering prior to last week, the Storm had only won by more than 12 on only one occasion this year, the -12.5 line looks rather large in this match-up. Their looks plenty of value in betting with Sportsbet offering up $3.20 for the Storm to win by 12 or less. In saying that, I do believe the result of this match is in the control of the Storm, and if they are able to win the battle of the forwards, they will be tough to beat.

While there are plenty of ways to approach this match-up, those that stack their sides with Tigers will be well rewarded should they cause an upset as most sides are likely to be stacked with Storm players. The addition of Josh Aloiai back in the line-up is a concern for Tigers players though as he generally plays plenty of minutes off the bench, which may affect some starting minutes. Given the +40.96 differential the Storm currently hold over the past couple of seasons, $290 salary difference also illustrates that Melbourne Storm players are likely to have a stronger presence in most line-ups. With most NRL early line-ups, changes are hard to combat so far out, should there be significant changes to the line-up, tread carefully if following the cheat sheet.

After a string of quality games, there has been growing support for Smith to come out of Origin retirement, and rightfully so considering he still manages to control the game well, averaging 60.8 DS points in 2019. Although he is the most expensive and is only expected to score slightly better than Robbie Farah ($14,600 DS), he is a much safer option, considering in recent weeks Farah has played an edge role towards the back end of games once Jacob Liddle ($8,260 DS) comes on. The only danger for Smith is if Melbourne are able to get to an early lead and look to be cruising, coach Bellamy may look to hook him for Brandon Smith ($8,740 DS) to give the captain some rest.

From one Cameron to another and he was at his absolute best last week against the Eels, scoring a whopping 94.7 points off the back off 8 tackle breaks, 174 metres, 2 line breaks and 2 tries. Although repeating those feats are unlikely, the Tigers have been one of the worse when conceding points players in the halves and their defence will need to be at their very best to contain him. Averaging 58.8 in 2019, Munster has hardly missed a beat, scoring above 70 twice and scoring above 60 on 5 occasions. Although there is the potential for Brodie Croft (45.8 projected) and Luke Brooks (47.6 projected) to score well as better value prospects, Munster has far greater potential.

Despite showing so much potential already this season, the young fullback finally got a game where he played more than 13 minutes and didn’t he make the most of it against the Eels, scoring 67.7 in just 32 minutes off the back off 137 metres, 6 tackle breaks, 3 line breaks, 2 try assists and a try. Showing some characteristics like those of the current and former Queensland fullback’s Kalyn Ponga and Billy Slater, Papenhuyzen is dangerous in open space and much like Munster, it will be difficult for the Tigers to contain him. With 80 minutes just about guaranteed and at the rather cheap salary, the flashy back is just about a lock in most sides.

Note: It was hard to include any Tigers as there are a few queries around regarding player minutes and in most positions, there is far more player safety in selecting Storm players. Notable mentions include, Robbie Farah ($14,600 DS), Moses Mbye ($8,900 DS), Alex Twal ($13,920 DS).

Unless your expectation is for a Tigers onslaught this week then Marsters is a fade in most line-ups. Although he is arguably one of the best centres in the games, let alone one of the best fantasy scorers in the game, he does rely heavily on tackle breaks, offloads and goals to pad his stats. Although I have him to score well, Melbourne are a great team at limiting points and it would take a herculean effort to see him in most winning sides. Coming in at the worst value at $309/point for starters, he is a pure case of far more risk than reward and other than a couple of line-ups that will heavily focus towards the Tigers, he won’t be featuring for me.

With Ivan Cleary wielding the axe at Penrith, Wayde Egan was one of the many names to get the chop back to reserve grade. This has opened the door for Sione Katoa to fall back into the hooking role where he is likely to play at least 65 minutes. Although he is averaging just 36.0 DS points as a starting hooker this year, the Panthers come up against a side that has listed three different hooking options in the final 17 and it is hard to gain any confidence about either of them. With Jarome Luai the only concern to Katoa’s minutes as more of a half option, there is a lot of safety in this match-up going with Katoa for the hooker position.

With the Roosters missing their ever reliable captain in Boyd Cordner, it is Mr. Reliable who is there to fill the void. Although unlikely to play the full game, Aubusson has consistently been an excellent performer as a forward and is likely to continue that against the Broncos on Friday. When these sides met back in Round 4, Aubusson scored 42.3 DS points in 50 minutes off the bench, scoring a couple of tries against some fragile Broncos defence. While his scores of late have been rather mediocre, his only game in the back row this year was in Round 1, where managed to score a whopping 70.1 DS points in 75 minutes of footy. Although a slight risk, he is excellent value.

With news coming out of the Rabbitohs camp that fullback Alex Johnston will be out for a few weeks, winger and former junior Broncos fullback, Corey Allen will move to his more favoured position ahead of their clash with the Raiders. Although the Raiders have been solid conceding points to backs, there weakest link is to the man at the back. This also sets up as an excellent audition for Allen to make his case that he would be the ideal candidate to remain at the back as he has been hardly convincing with fantasy scoring on the wing. Although there are unknowns as to how well he will score, there is definitely value at the salary.