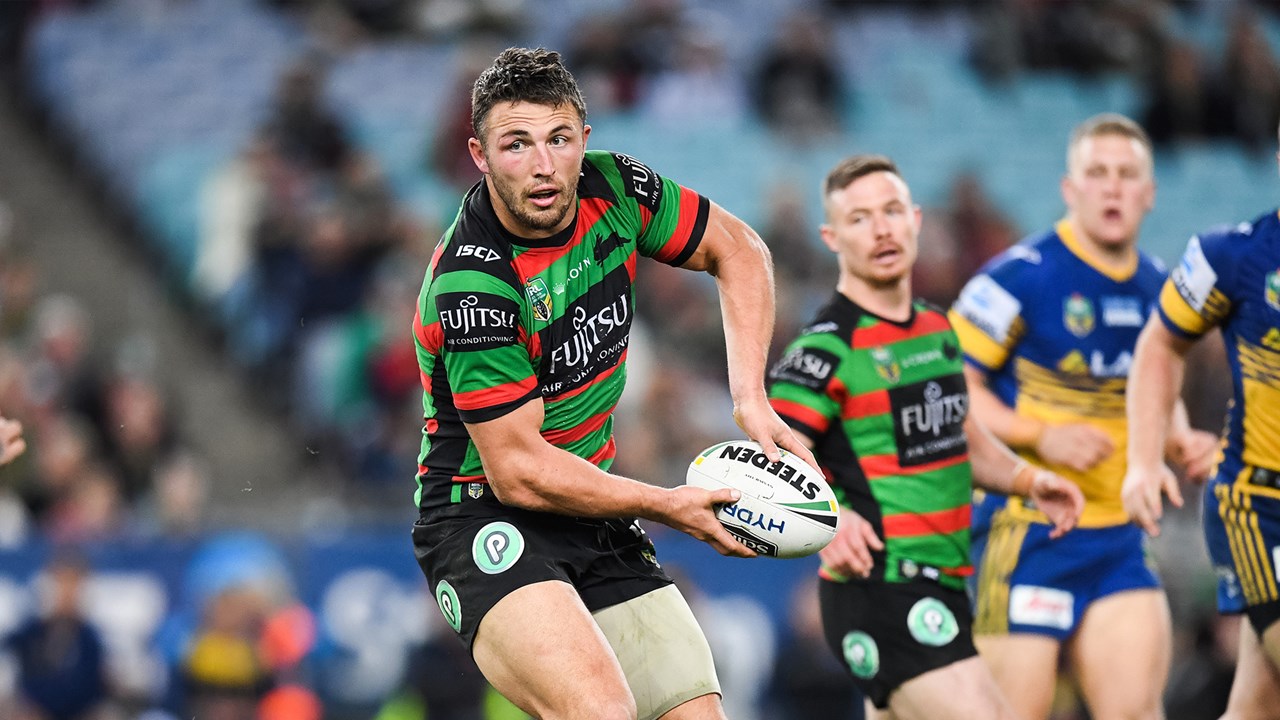 After a Queensland win in State of Origin on Wednesday night, Round 13 of the NRL continues with two matches on Friday night. A full round of 8 matches are on the schedule and with some players backing up from Origin duty, it is going to be an interesting round for selection and more so for results.

The round kicks off on Friday night where the second placed South Sydney Rabbitohs are taking on the fourth placed Newcastle Knights at ANZ stadium. The second match-up is the later kick-off between Wests Tigers (10th) and the Canberra Raiders (5th) at Bankwest stadium.

The Rabbitohs are favourites with a 3.5 line and a game total set at 38.5

The Tigers are small favourites with a 1.5 line and a game total set at 36.5

Both DFS sites have posted the following contests:

Starting with the 1800pm EST kickoff in Sydney, the Rabbitohs will be missing their halves combination of Adam Reynolds (Back) and Cody Walker (Managed) whilst Damian Cook, Dane Gagai and Cameron Murray will back up from Wednesday. For the Knights, Kalyn Ponga will also be managed and David Klemmer is a game time decision after his big effort on Wednesday night.

For the later game at 1955pm EST in Western Sydney, the Tigers will have Moses Mbye for the game when he only played a small role on Wednesday. A personal fantasy favourite of mine in David Nofoaluma has been brought in to start on a wing with Robert Jennings being dropped. Keep an eye out for late mail on Chris Lawrence who could play after a 3 month layoff from a facial injury. All of the three Canberra Origin representatives in Jack Wighton, Josh Papalii and Nick Cotric are expected to line-up but again keep an eye on the late mail for Cotric news as he did suffer a knee injury on Wednesday (best to avoid picking Cotric here).

I'm going pretty strong with Newcastle plays this Friday, with the media now backing in Mitchell Pearce for a strong effort. Although the team will be without Ponga, I can see a large scoring contest between the two sides. I also believe Canberra will a big show against the Tigers in a coin flip matchup. Let’s have a look at my CCCC this week!

After spending weeks on the sidelines with injury, Bateman can back with a bang last week against the Bulldogs and scored a try on his way to a 61DS/43MB fantasy point performance. The Raiders got a big boost from his return and I am sure look to go even bigger against this Tigers forward pack. There are other great options around this price point but most of these played Origin on Wednesday night.

With the jungle drums beating that little bit louder for a Origin call up, Pearce has been playing great footy for the Knights by stuffing the stat sheet. Over 400+ kick metres in the past four rounds and bouncing off 7 tackles last week against the Roosters. I’d say this is more of a chance that Pearce goes large against an inexperienced Rabbitohs halves combination in Doueihi and Connor Tracey. On a counter argument though, Tracey ($10,900 DS / $3,500 MB) is an absolute bargain on Moneyball after amassing 15! tackle breaks last week.

This is a Draftstars cheapie only, we can refer to Tracey above for our Moneyball cheapie. As I mentioned before, Nofoaluma is a personal favourite of mine as he taken me to some high leaderboard results on the back of tackle breaks and run meters from the wing. Not afraid to dart inside to look for holes and bump of tackles in the process. Unfortunately Nofoaluma has suffered Hernia injuries throughout 2018 and finally gets a chance on the Tigers wing.

Chump - James Roberts ($9,160 DS / $6,100 MB)
Not sure what to think what we are going to get from Roberts after a 2019 he rather to put one side and start fresh with coach Wayne Bennett. It is a wait see how he goes approach and wouldn’t recommend picking him first up in a new side with inexperienced halves. Would pay down for Adam Doueihi ($8,200 DS) who he has Centre status playing in the halves.