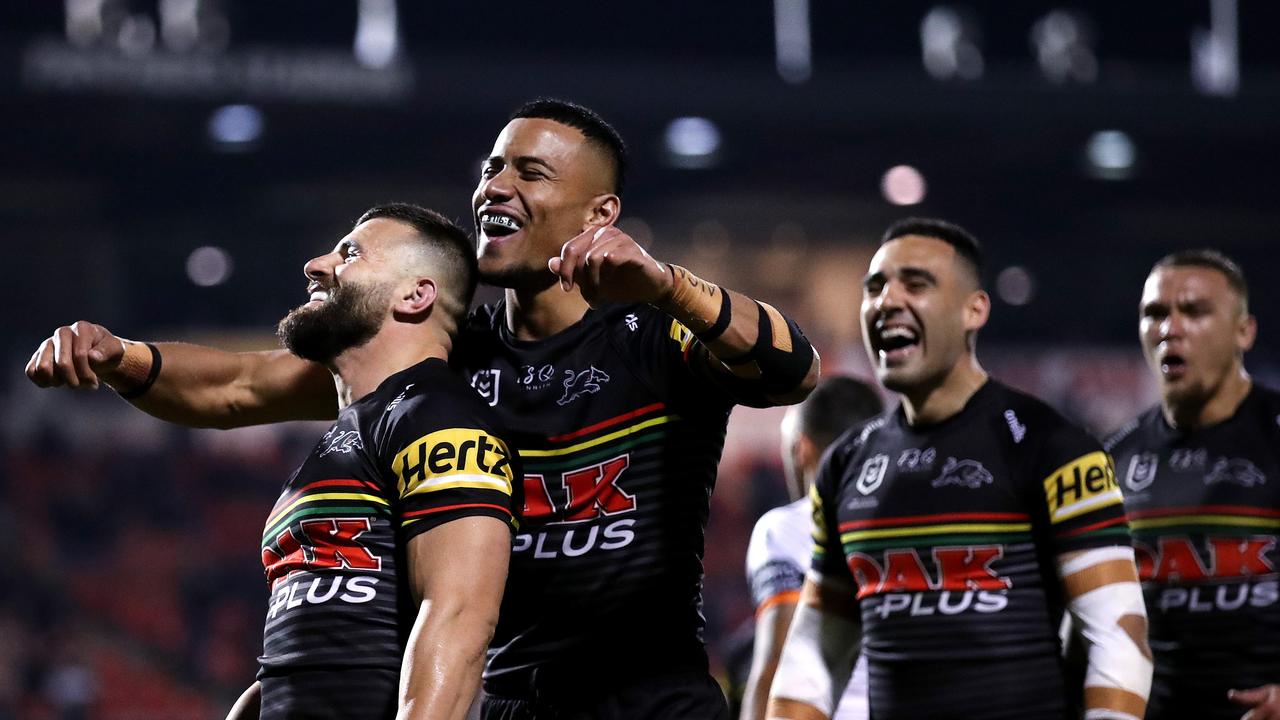 No more mucking around. Not that there is any such thing as finals in these DFS streets, but the games are getting serious, so the stakes at least feel a little higher for us. Plus, you know, only 9 games of NRL left in 2020, so enjoy the sweat while you still can.

Both teams are at full strength with the exception of Jake Friend. Sonny Bill Williams has been ruled out with a neck injury which is a blow for the Roosters. We know the Roosters just got destroyed in a result that is meant to end their chances, and we know that Panthers haven’t lost a match in seemingly decades. We also know that the Roosters are an unbelievable team and it’s pretty amazing that they come into these outsiders. What I’m saying is, this should be amazing! Let’s find some value.

WFB: Each side boasts an ageing, robust winger having a great 2020. Those two wingers will be trying to get through, over, under or around each other all evening. Those two wingers are Josh Mansour and Brett Morris. The similarities extend to their prices and their nice value potential. You can play them together, but there isn’t really a bad play at this position tonight, so pair them with almost anyone. The one player I’m looking to avoid is Brent Naden. He’ll be running at Josh Morris all night, and although I have nothing to back it up, I just never like playing guys against that kind fo airtight defensive prowess.

CTR: Again, each team features a left centre with plenty of point scoring ability and some nice cheap prices around the 8K mark. They’re at opposite ends of their careers, but Josh Morris and Stephen Crichton have similar ceilings, so I recommend leaning toward one or the other depending on which team you like for the win (i.e. which team you’re stacking in that particular lineup). Joseph Manu is also a perfectly good play after regularly going off for 50+ points, i’ll just be a little tougher for him to do so in such a brutally tight contest.

HALF: Can I push this a little further, and again put up the controlling halfback from each team, both young players who lead their teams around the field brilliantly. Nathan Cleary and Kyle Flanagan are separated by a decent price gap in this instance, but not many players can compete with Cleary’s scoring so it is justified. They present similar value potential, and again I think it’s worth using them according to which team you’re stacking. Jerome Luai and Luke Keary are both the types that could struggle more if this contest remains as tight as I expect, so I’ll be using them sparingly, especially with elevated price tags compared to their usual levels.

2RF: Both of these teams have played the resting game with their forwards throughout the season, a luxury afforded the top teams in the league. That will no longer be the case, so we can take advantage of some lower price tags from forwards that have had their minutes reduced. James Fisher-Harris, Siosiua Taukeiaho, Isaac Yeo and Boyd Cordner are all prime examples who now present incredible value. I can’t see any of them not being up for a big game. The likes of Viliame Kikau and Sitili Tupouniua are both cheap also, but they rely more on pure attacking stats which could be hard to come by. With value elsewhere I’m not sure they’re the type of forwards that we need to use very often in this game. If Angus Crichton ends up being moved into the starting side then he definitely becomes a good option with some of the best upside and also consistency of everyone available. If he remains on the bench, I’ll pass.

HOK: Here is the one position that isn’t at full strength, with the Roosters going in with a timeshare between youngsters Freddy Lussick and Lachlan Lam. Both have shown themselves to be handy players, but with value elsewhere I’m happy to lock in the superior role of Api Koroisau and hope for ~60 points to anchor my lineups around.

FRF: With some dual position magic we can play Fisher-Harris or Taukeiaho here with ease, but that would mean passing up on the obvious value in Jared Waerea-Hargreaves and James Tamou. Both went off for 65+ points last week after relatively lean spells while dealing with injuries/in game resting. Both should be raring to go. It comes down to a very tough decision between these two and the likes of Cordner, Yeo and Crichton. Getting the right combination of forwards with value everywhere you look is going to be the key to this slate.

Final Word: Do we get an unexpected blowout favouring one sides backs or a couple of bench forwards who get some extra run? There is room for game theory on every slate, so it cannot be totally dismissed, but I’m happy to stick my usual recommendation of focusing on good solid value plays and just finding a couple of spots to do something funky and differentiate your lineup from the masses. Good Luck!

Have you tried “Gimme Five” on SportChamps? Australia’s Number 1 Tournament Betting platform have laid down the challenge to correctly pick 5 out of 5 selections for tonight’s game. Do you think Smatho has this one right? Play SportChamps now and look out for this contest in the NRL tab. 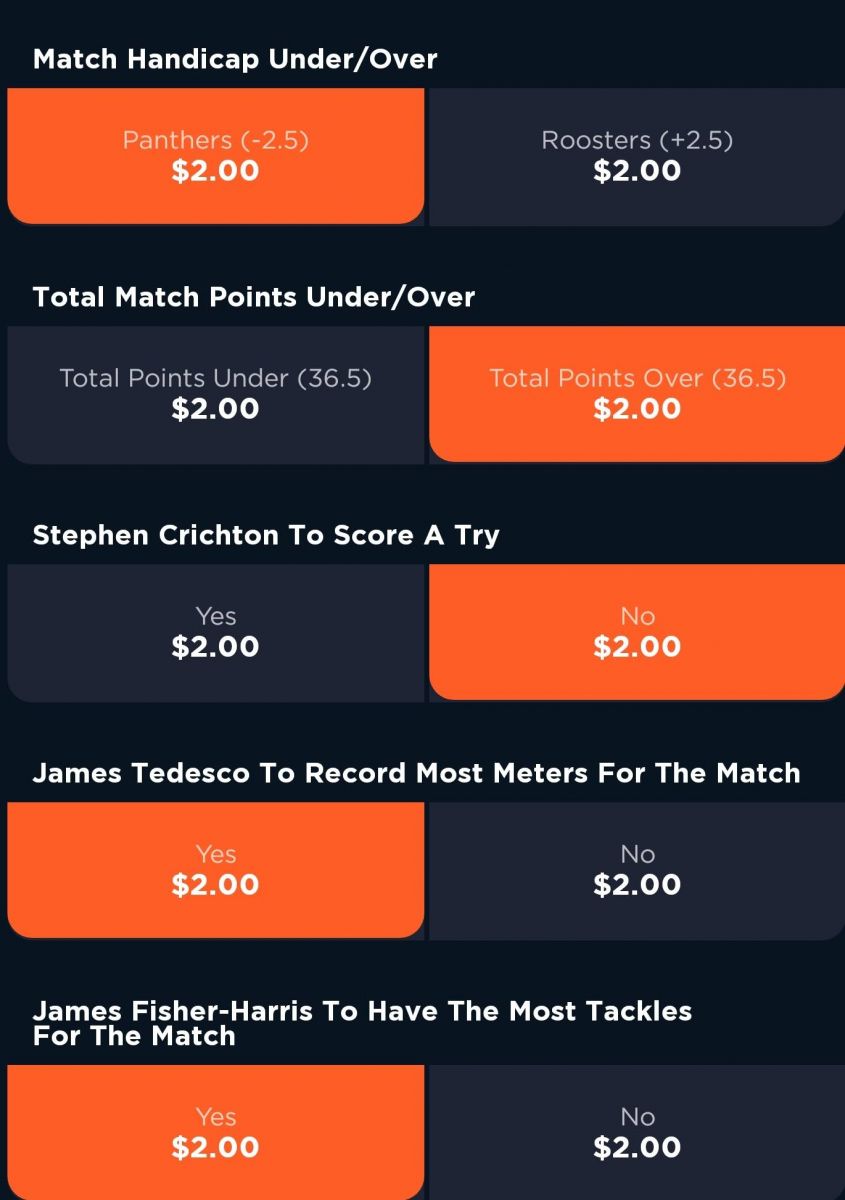