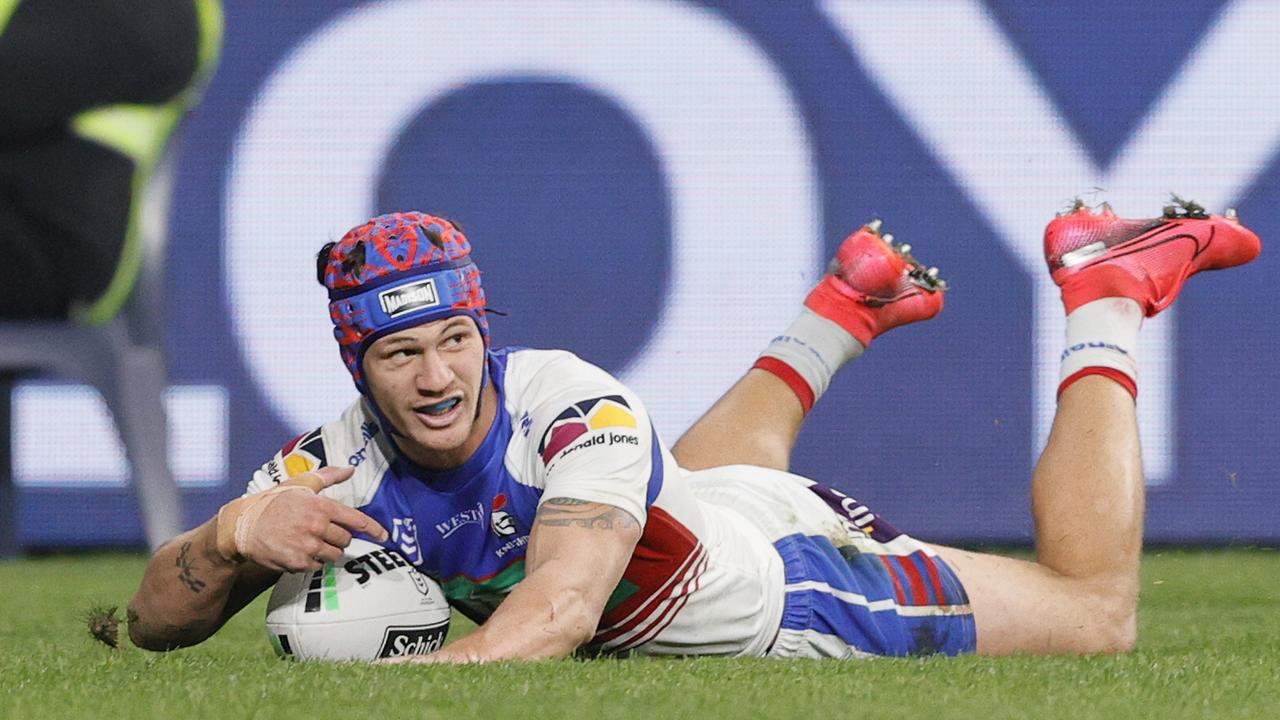 Outside of the Grand Final which will be held on a Sunday it is the last day of footy action on Sunday. The NRL Finals continue with a stand alone Elimination Final between the Newcastle Knights and the South Sydney Rabbitohs. The Rabbitohs were red hot last week putting 60 on the Roosters while the Knights were pumped by the Titans last week. While this is finals footy you would rather be a supporter of the Bunnies going into Sunday.

This Knights side has been a yo-yo in the last four weeks! Thrash Sharks 38-10. Get thumped by the Roosters 12-42. Thrash the Dragons 42-18. Get thumped by the Titans 6-36. But with the Rabbits putting on a masterclass last week, I can’t see how the Knights keep any defensive pressure for the full 80 minutes.

WFB: While we are not going to get 5 tries out of Alex Johnston again, his salary on Draftstars hasn’t budged. If he can cross the try line and provide some tackle breaks in the process he should clear 35 fantasy points here. Kalyn Ponga has mirrored that Knights yo-yo success and he is a must if you believe the Knights will be competitive. However he can go missing if Souths start piling the points on. Other options for either team are punt plays as none of these show consistent fantasy production

CTR: I have always been a fan of Dane Gagai with his ability to tackle break while running sideways, but he has good competition in this spot with Campbell Graham and Bradman Best. Graham has shown the best floor all season long while Best has the ability to break tackles numerous times. You will need to spend at least 10K in this position and either of these three will do. Ignore the cheaper Tuala.

HALF: It was a career best game from Cody Walker last week and Draftstars have responded to a career high salary. Walker is more of an attacking five-eight and it shows with his 8 try assists in 3 games. If you believe that the Bunnies win this match then Walker must be considered. Mitchell Pearce’s salary is just too expensive for his form and weight of expectation of Knights fans. The Knights have been ravaged with injuries, especially in the halves but his floor is solid due to his kick game. If you have saved salary everywhere then Kurt Mann in the halves a smart play pairing up with Damien Cook at Hooker.

HOK: You can’t blame Damien Cook for an underwhelming score last week. Spent most of the match behind the halfway line waiting for the ball to be kicked off again! However in a coin flip with Kurt Mann you would rather come up with Cook. The ownership will be pretty high for Cook but he is the one you want here.

2RF: With more value options in the front row, you can consider playing David Klemmer in the 2RF spot. Klemmer’s form has dropped off in the past month and so has his price. Klemmer is a 15K player not a 12K and no doubt will put a huge effort for the Knights. Aidan Guerra and Bayley Sironen provide adequate salary relief with Sironen giving me more confidence with a better floor. However that $1,300 saving with Guerra could be beneficial for lineups. Not many will have Cameron Murray with expensive Hookers and halves on the slate.

FRF: Outside of Keaon Koloamatangi all starters and bench front row players are viable. Thomas Burgess at under 10K is a nice price along with Tevita Tatola who is $400 more expensive. While in the 8K range, Liam Knight and Mark Nicholls should see 35-45 minutes of run and should hit value. The Knights forwards are a bit more mixed as Klemmer is a 55-60 minute player.

Final Word: It has been a cracker weekend of finals footy so far and while it looks one-sided on paper the Knights can spring a surprise. Fill the pools and good luck! 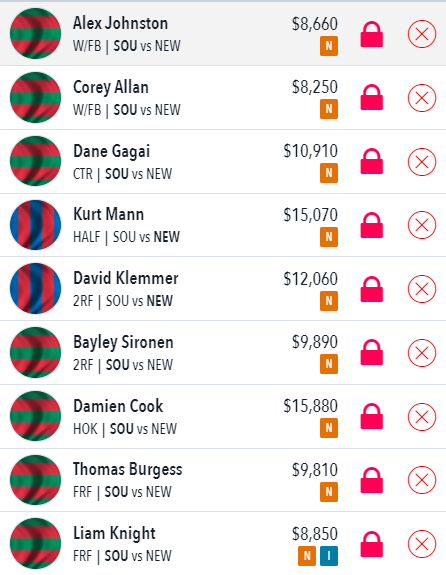