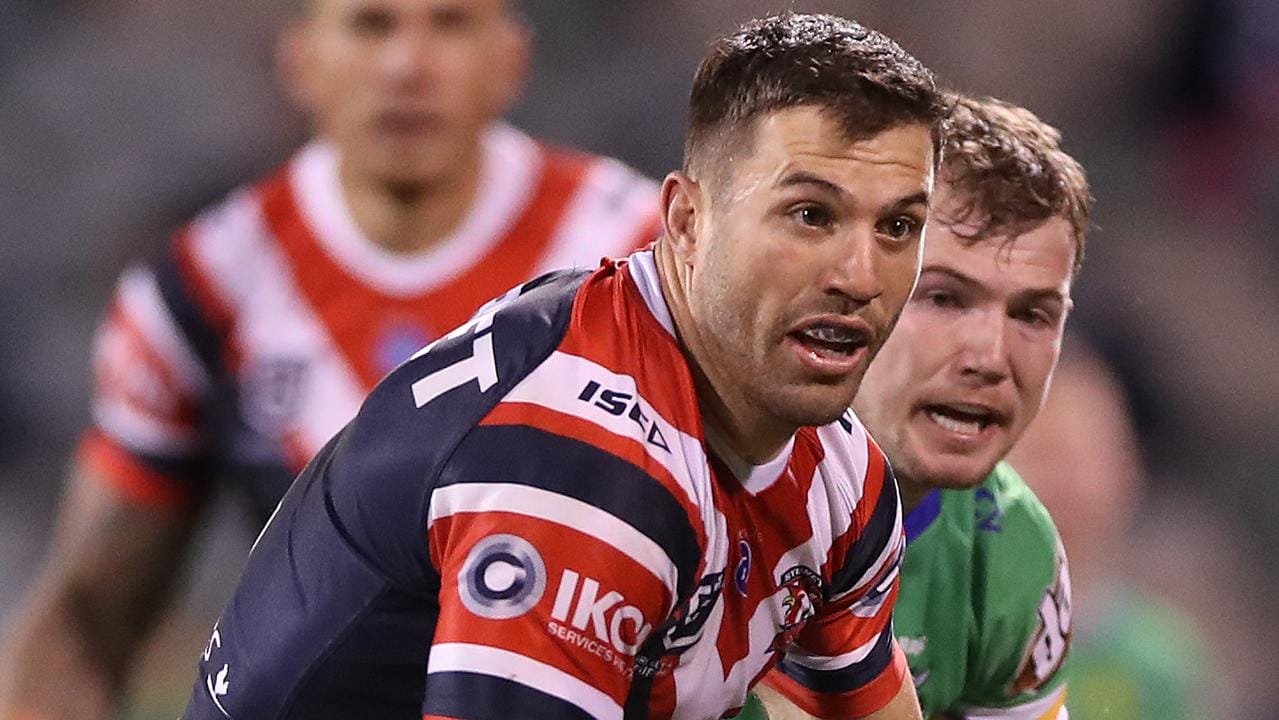 It is now win or go home time in the NRL as week 2 of the finals gets underway on Friday Night. The Grand Final rematch of 2019 plays out in a Semi-Final at the SCG between the Canberra Raiders and the Sydney Roosters. The Roosters enter the match having lost their past two matches including last week's loss to the Panthers by 1 point. Canberra ended the Sharks season last week and will have plenty of confidence in enacting Grand Final revenge.

Jake Friend and Sonny Bill Williams return to the Chooks side after being late omissions last week. So much so the Roosters left out replacement hooker Freddy Lussick out of the squad altogether. The Raiders should be 1-17 but may mix the forwards starters up 1 hour before kick-off.

The teams are 1-1 in head to head this season and the winner moves on to face the Storm in a preliminary final. Let’s see what we can do with our fantasy sides!

WFB: The Roosters run a balanced attack with tries scored on either wing whilst the Raiders defense is also balanced for tries scored. The cheaper Brett Morris has not scored a try since a soft matchup against the Broncos back in late August but I like him here. Daniel Tupou whilst $800 more expensive can show more fantasy upside with his multiple tackle breaks and offloads. You can play James Tedesco in this spot but you will need to make sacrifices in your lineups. He is a fine play as he has 10+ Tackle Break upside. Try starting your lineups here and see if you can squeeze him in. Canberra’s attack is run through the left side so that brings in Jordan Rapana (playing Center) and Nick Cotric into play. Like most wingers, Cotric can be hit or missed but will be popular at a salary below $8,000. Semi Valemei you can ignore.

CTR: Jarrod Croker has finally produced some excellent fantasy scores in his last 3 matches (52.2 / 51.4 / 43.9) and his price has remained rock solid at $8,640. However this a tough matchup against Joseph Manu and this highlighted by the scores against the Roosters this season (27.4 & 20.3). Manu was well down last week and should bounce back after a season low 48 run meters. Josh Morris will take the lion’s share of ownership after two tries last week. He is the safest play out of the 4 here.

HALF: It is very tempting to select George Williams after scoring two tries last week in their win over the Sharks. The $10,500 price tag and a high ceiling could be too much for some to resist. However that 70FP performance was a season high and something very wrong with the Roosters defence would have to occur for Williams to achieve that score. For the first time in a long time, Luke Keary is more expensive than Kyle Flanagan and rightly so. Keary has stepped up his game running the ball more often and actually kicking more often as well. If you believe the Roosters are a good thing then Keary is the one to target. However you cannot discount Jack Wighton. The ball running half is made for high fantasy scoring which was highlighted by his 2 try effort against the Sharks. The price however is just too much of a risk if the Roosters get on top in this one.

2RF: You will need to tread carefully as we have 5 total bench options that can play in these positions. Both Sonny Bill Williams and Mitchell Aubusson aren’t necessarily good fantasy plays but they can limit the upside of Isaac Liu and Angus Crichton. Crichton hasn’t played 80 minutes since July. The same can be said for the Raiders with Hudson Young playing 50 minutes last week off the bench limiting starters Iosia Soliola (20 minutes) and Joseph Tapine (50 minutes) to low minutes. So target players that will play the 80 and that list includes John Bateman, Boyd Cordner and the low upside of Elliot Whitehead.

HOK: Tom Starling for the Raiders played 70 minutes last week and while Siliva Havili is lurking on the bench should play the majority of the minutes. Jake Friend has become a liability with his ability to get injured. However unless Lachlan Lam makes the final 17 then Friend is in line of 80 minutes of work. You may need to grit your teeth and select Friend for his 60+ upside and hope he gets through the game.

FRF: Personally I was burnt with Iosia Soliola only playing one stint last week but at $7,600 the temptation is too real if he can eek out a 30FP. I do like Siosiua Taukeiaho’s price of $11,710 with his ability to score 50+ and his rock solid minutes. I can also see some big minutes from Jared Waerea-Hargreaves with only Lindsay Collins the bench back up for the front row. JWH can get up to 60+ minutes then we should expect a big score. “Big Pappi” Josh Papalii will be unleashed for big minutes as well but that $13,630 price tag is hard to get to.

Final Word: You can certainly make a case for either side to win on Friday night and build teams to suit your narrative. You will need to make some sacrifices picking players that you really don’t want to play to make your lineups work. Don’t worry, everyone is in the same boat! Good luck! 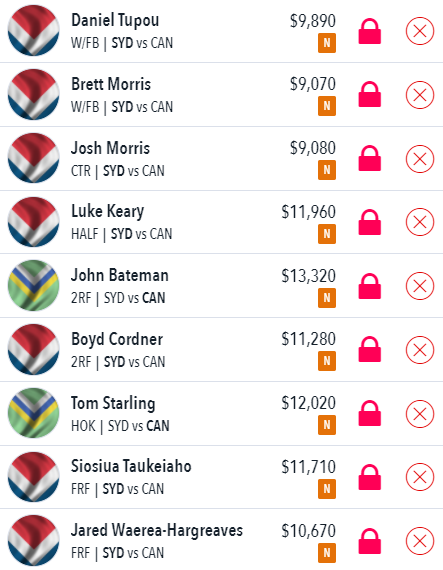