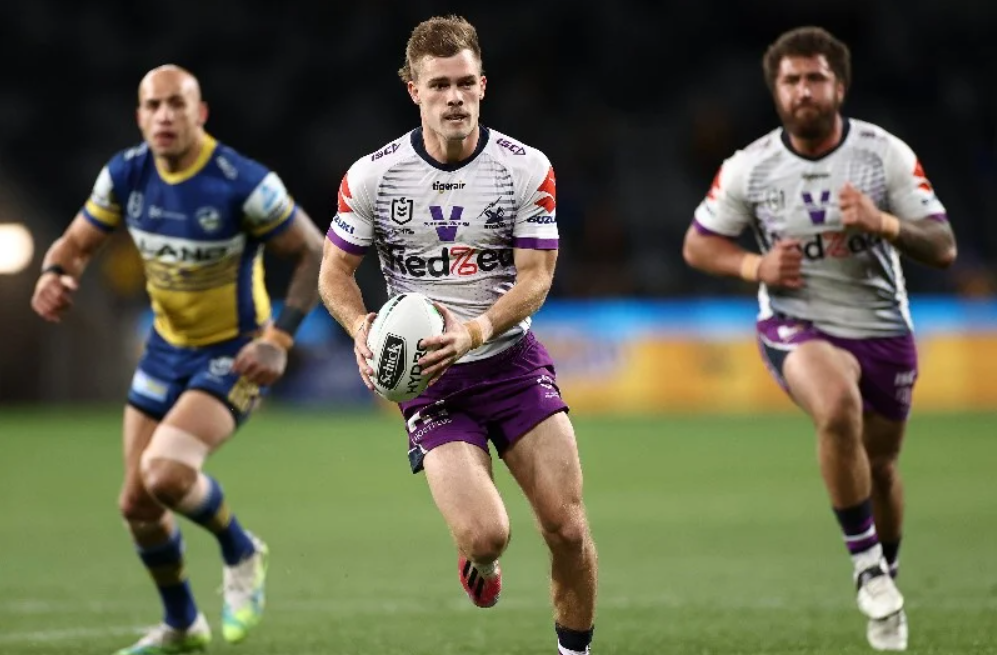 For a couple of finals games, we are looking at some very lopsided odds in both contests today. The value hunter in me wants to explore those $5 odds in both games, but I do think it’s wise to look for value and big ceiling opportunities from the favourites before getting too contrarian. The Raiders in particular seem like a sure thing, so I’ll be focusing heavily on Raiders stacks.

The final multi game slate for the season and Draftstars have come to the party! Today's Draftstars contests include:

WFB: If there is one team I want to trust today, it’s the Raiders. Luckily all of their backline guns are underpriced and ready to explode on the Sharks. Nick Cotric, Charnze Nicoll-Klokstad and Jordan Rapana are all great plays, at leas tone of them should go nuts. The prices aren’t quite as generous, but Josh Addo-Carr and Suli Vunivalu can both do some damage against the Eels if massive favouritism and some nice recent form are anything to go by. For me, this is the situation where I am tempted by the likes of Maika Sivo and Blake Ferguson, who both showed a little more last week and are crazy cheap for players that have historically scored very well.

CTR: Jarrod Croker joins his teammates as an underpriced option who can do a lot of damage against the weakened Sharks outfit. Brenko Lee and Justin Olam have both been riding a nice run of form at the Storm, so either of them are solid plays without being any king of exceptional value. The best contrarian type play has to be Waqa Blake, who at minimum price only needs a couple of big plays to go his way to provide massive value.

HALF: Another position, another cheap Raider poised to explode. I’ve liked George Williams for months now without any big payoffs, but I’m happy to keep trying. Cam Munster and Jack Wighton are nearly the same player, so I want to take the $2500 saving on Munster and pair him up with a teammate or two. Both Dylan Brown and Mitch Moses are in play if the Eels can spring an upset, but I wouldn’t be investing in them too heavily with the Raiders in such a good spot.

2RF: I could honestly mention 12 names here, but I won’t. Elliot Whitehead fits my Raiders theme and isn’t afraid of scoring a try, although he’s been in a mini drought. That makes him nice and cheap, and hopefully lowish owned. Kenny Bromwich is at the same price and has a similar reliance on tries to get to a slate-winning score. It won’t be easy for him with Ryan Matterson to get past, but I see him as a good pair with Munster if they can get on top of that side of the field. Felise Kaufusi is a very similar play. For the Eels upset angle, Shaun Lane scores great when the Eels are on top, and is fond of a try, so he’ll fit well in an Eels stack.

HOK: Finals footy should hopefully see the end of the type of interchange shenanigans that can destroy a DFS lineup in the most frustrating of ways. Blake Brailey and Cameron Smith should be safe for 80 minutes, while Reed Mahoney and Tom Starling are a reasonable chance to get a short spell at some stage. I find it difficult to rule any of them out, but I do prefer to bank the safe 80 minutes and move on, so I’ll be playing whichever of Brailey and Smith fits into the rest of the lineup.

FRF: Finally getting away from my Raiders focus, Junior Paulo (the former Raider) is too cheap for a big guy that gets through plenty of work but can also do some damage with tackle breaks and offloads. Teammate Reagan Campbell-Gillard is also cheap after reaching great heights earlier in the season. Can he regain some of that unstoppable form? Both Nelson Asofa-Solomona and Christian Welch have been showing some better form than their Eels counterparts, so could be safer plays at similar prices if you’re looking to be different elsewhere in your lineup.

Final Word: Like I said at the start, such lopsided expectations going into he finals seems unusual, so I won’t be surprised if we end up with much closer games than expected. I still love the Raiders, but I’m looking for the Eels to put up a fight and chuck up a couple of excellent DFS plays. Good Luck!