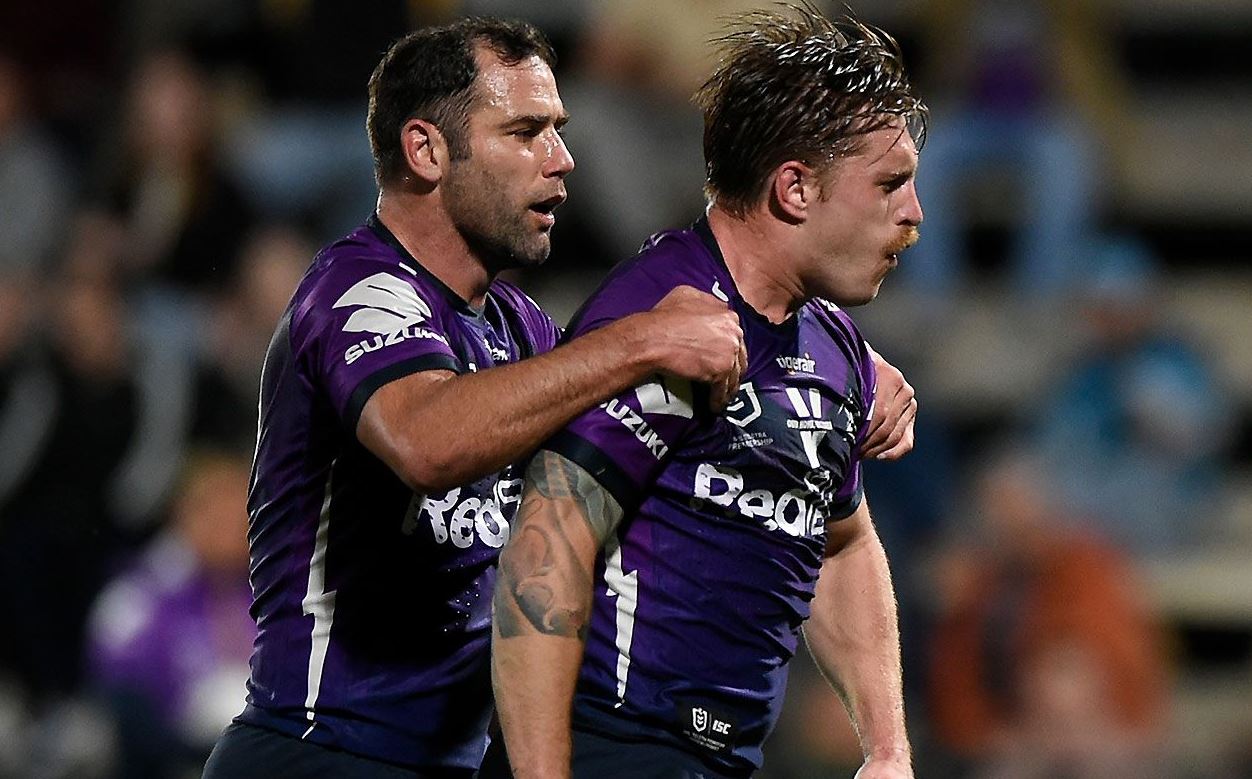 The action in the NRL continues on Friday with double-header action for Round 11. The two game slate kicks off at 1800 AEST on Friday with the Cowboys hosting the Sea Eagles at Queensland Country Bank Stadium in Townsville. Following the featured match between the 14th placed Broncos taking on the 3rd placed Storm at Suncorp Stadium.

Draftstars is the home of NRL Daily Fantasy and provides multiple contests including the feature $8,000 contest between the Broncos and the Storm. A $3,000 contest is available for the 2-game slate and a further $7,000 (increase from Round 10) contest is available for the Cowboys and the Sea Eagles. If you are playing the double-header remember to utilise the “player-swap” feature if we receive a surprise omission when the final 17’s are released.

In fantasy relevant team news, the Cowboys do lose Connelly Leuelu and the Sea Eagles welcome back Addin Fonua-Blake. The Broncos changes are vast. Issac Luke, Tesi Niu, Corey Oates, Jamayne Isaako are all out due to injury or suspension. Anthony Milford will play at Full Back, Kotoni Staggs is back at Centre, Tom Dearden will play half-back, Cory Paix is at Hooker and Joe Ofahengaue will be on the edge. The Storm are unchanged after their big win against the Titans.

Just like last Friday those are very short odds for the Storm, so let’s expect 5 man stacks in the double-header and the possibility of 7-8 man stacks in the single contest. The mixup of the Broncos side will open up some value spots but the salaries on Draftstars have caught the majority of the players.

WFB: Ryan Papenhuyzen $11,000 has come down in price once again after missing out on the Titans party last Friday. But once again the Storm are 3 try favourites and they are going to score a stack of points here. Josh Add-Carr $7,600 is going to be super popular once agains after his two try effort against the Titans. I went with fellow Winger Paul Momirovski $9,730 at great ownership last week but didn’t get the same opportunities as Addo-Carr. So once again his large price tag makes him a great GPP contrarian pivot. Jorge Taufua $7,000 is a tackle breaker but has not crossed the try line in over 3 weeks. Taufua could be due up in Townsville. Anthony Milford’s $9,880 move to Full-back will boost his run meters but kills his kick meters which has been north of 300m+ in his past two games. There is upside for Milford after being horribly out of form. Hamiso Tabuai-Fidow $8,780 had his breakout game against the Panthers and if he can repeat his effort against the Sea Eagles (7 TB’s & 1 Try) then he can make your lineups look fantastic. Murray Taulagi $7,000 is one to watch at the minimum price but he does line up in the CTR position.

CTR: Storm centers in Justin Olam $8,010 and Brenko Lee $8,560 are once again not exactly exciting prospects but will need consideration in Storm stacks. Lee was solid last week but Olam was not. Kotoni Staggs $11,290 returns to the Broncos and has been a great option with his high floor but his price for a Centre is tough to get to. Esan Marsters $8,330 has been terrible lately and now at that low salary, he must be considered against the banged up Sea Eagles.

HALF: Cameron Munster $14,930 returned from injury last week and continued where he left off and with his price drop will be highly owned in single and multi slate contests once again. However Daly Cherry-Evans $16,240 is the form player on the slate with 80 fantasy points in the win against the Eels. DCE is effectively the attack for the Sea Eagles although Cade Cust $9,830 has had three weeks back in the Sea Eagles halves and I believe he can take more of the attacking load. I reckon he is the best value play here.  Another cheap option is Tom Dearden $9,350 and is playable if you cannot afford Munster or DCE, however just like his halves partner in Brodie Croft $11,030, they are in a terrible matchup.

2RF: I’ll be doing what I can to have Patrick Carrigan $15,790 in my lineups. When a team is on the back foot the forward pack makes a stack of tackles in defence. Carrigan has had over 50+ tackles in his last 3 weeks and still “cheap” enough to get too. Returning Joe Ofahengaue $8,650 is a value option but the amount of minutes Big Joe gets will limit his upside. With a lack of value options, you will need to spend up here. Premium options in Jake Trbojevic $14,250, Jason Taumalolo $15,730 and Tevita Pengai Junior $14,990 who are all in play. Along with Storm pairing of Felise Kaufusi $12,650 and Kenny Bromwich $10,360.

HOK: I am expecting a 40FP effort out of Cory Paix $9,990 if he receives over 65+ minutes for the Broncos but if you have the salary, I would be upgrading to Cam Smith $15,920. Smith played in a couple positions last week but his score was boosted by his goal kicking and try assists. Reece Robson $14,730 only played 50 minutes last week and if that trend continues then his price tag is too much here. But could be a sneaky play if Robson was just a blip last week. Danny Levi $10,360 is for the thrill seekers only.

FRF: Christian Welch $8,950 had another 50+ minute performance and is becoming a safe play for 35/40FP. Payne Haas’ $17,550 scores are still exceptional and the price has come down to a level that will make you think twice. Brandon Smith $13,100 is now available as a FRF but that means a bench spell and a cap on his floor. Don’t sleep on Addin Fonua-Blake $14,200 who is back for the Sea Eagles and will be lower owned considering you can roster Marty Taupau and Josh McGuire in 2RF as well.

Final Word: Once again the Storm will be popular targets on the single and double header slates but if you are concentrating on the Cowboys/Sea Eagles match up. Look for spots where you can save money as the premium options are necessary. Good Luck!