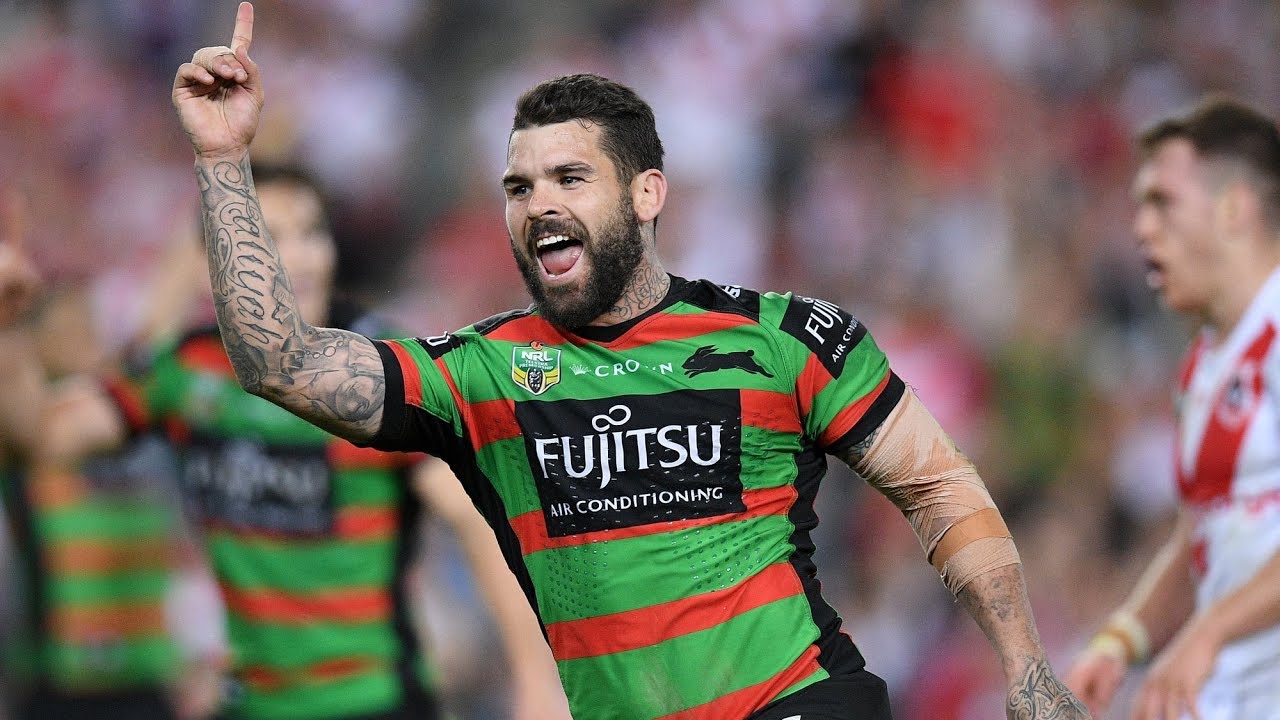 I’m not going to call this the most amazing Thursday Night matchup of all time, but it’s another night of footy and that’s nothing to complain about right now. Both teams are sitting just outside the 8 and should be motivated to keep the season alive, especially the Dragons who have the Roosters and Eels to follow this game. The Dragons have a slight reshuffle with Clune out, sending Hunt back into the halves and McInness to hooker. Latrell Mitchell comes back in after suspension and Liam Knight returns to the bench in the Rabbits main changes.

WFB: 1st decision here is whether we go to the under performing Latrell Mitchell $8,510, I don’t understand his price and he’ll be one of the highest owned players on the slate with his massive ceiling. He is of course prone to a stinker, so I have to recommend limiting your exposure to say 50% with other options that could go underlined. One of those is Alex Johnston $8,190, coming off a horrible 6 points (due to a HIA) but back on the wing where he can take advantage of some easy tries if the Rabbits get on top. An even sneakier play is Jordan Pereira $8,670, back into the side and with only one try this year, he has the upside to be a great pivot from the Rabbits options. I’ll be fading Dane Gagai $10,110 who has gotten too expensive thanks to a prolific little 3 game run.

CTR: There is no salary relief available at centre tonight, instead we have two very expensive Dragons players who have been in great form and the cheaper Campbell Graham $10,110 who has just as much upside as Euan Aitken $11,370 and Zac Lomax $12,210. If you’re expecting a Rabbits win, I have no problem going heavy on Graham, and just a sprinkling of Aitken and Lomax in Dragons stacks or for a contrarian play.

HALF: That recent form number next to Ben Hunt's $14,850 name looks amazing, but he’s scored all of those points playing at hooker, and is much less reliable at half. I’m happy to fade until the price comes down a little. Hunt's position change is also bad news for Corey Norman $13,090, who will likely lose some of his kicking points, and may be a little less involved in attack. Again, happy to pass. That leaves both Rabbitohs halves. Adam Reynolds $13,600 is the safer play, likely to rack up plenty of base stats regardless of how the game pans out. Cody Walker $10,780 actually has an okay floor this season also, and one of these weeks is going to bust out a big 60+ point game. I’ll be looking to own both roughly equally.

2RF: The first value opportunity is Jackson Ford $9,500. He’s starting at lock and with a 3 forward bench he has some chance to get some decent minutes. Last season he had a 63 point game playing 80 minutes in the second row, so the question is can he get the 40+ points he needs to be good value tonight? Maybe, but it’s not enough of a sure thing to lock him in. Jayden Su’a $9,850 and Bayley Sironen $9,920 are the Rabbits value prospects, both starting in the second row and both coming off good 80 minute games. I consider Su’a the slightly better prospect, but both are definitely worth owning at nearly 50% and hoping for some attacking stats. With Tariq Sims $10,600 also being too cheap for his scoring ability, it’s hard to justify spending up for Tyson Frizell $13,690 or Cameron Murray $14,560 on this slate.

HOK: This is basically a coin flip between Cam McIness $16,730 and Damien Cook $16,230. McIness will almost certainly grind his way to 70 points through sheer effort, while Cook has the more dynamic upside of a 100+ score, but also a little more chance of finishing at around 60 points. Like I said, it’s a coin flip, I’ll be aiming for 50% of each.

FRF: Blake Lawrie $10,390 and Tom Burgess $10,960 are very similar options, both capable of breaking 50, but also capable of a disappointing 30. They’re both cheap enough to be heavily owned, and I also have a slight concern over the fitness of Tevita Tatola $12,040 who has had some shoulder issues in recent weeks. Paul Vaughan $13,640 is every chance for the 60+ points he needs at his price, so try to fit him in where possible also. Josh Kerr $9,310 and Liam Knight $9,590 can both score well of the bench, so consider using them in lineups where you need to differentiate.

Final Word: Although the Rabbitohs are favourites, I don’t think anyone would be surprised if the Dragons come away with the chocolates. Other than the expensive 2RFs it is fairly easy to build a variety of lineups on this slate, so try not to build too many chalky Rabbitohs stacks when there are opportunities to be different. Hopefully we get a nice open game and plenty of points. Good Luck!