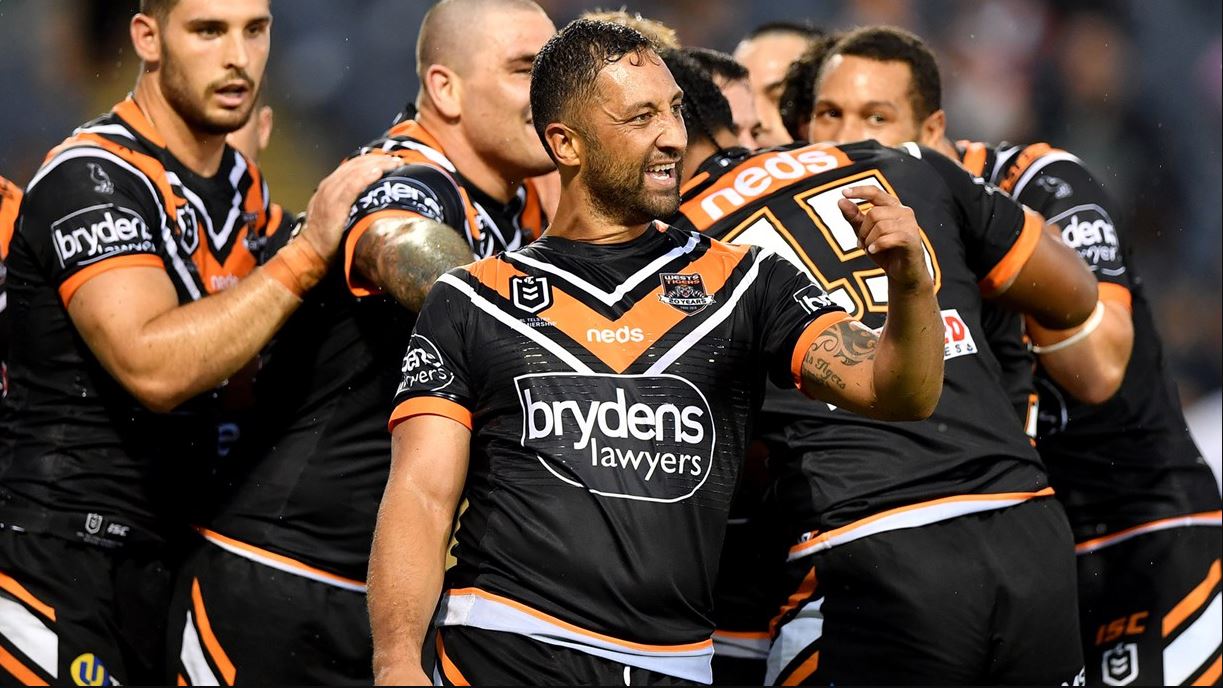 The action in the NRL continues on Friday with double-header action for Round 12. The two game slate kicks off at 1800 AEST on Friday with the Tigers hosting the Warriors at the SCG. Following the featured match between the 15th placed Broncos taking on the 7th placed Sharks at Suncorp Stadium.

In fantasy relevant team news, the Tigers welcome back Alex Twal along with Oliver Clark who replaces the suspended Russell Packer. The Warriors have starts for Patrick Herbet and George Jennings (who is on loan) on the wing.

The Broncos horror season continues and there are plenty of changes here. Darius Boyd goes back to Full-Back, with Richie Kennar on the wing, Herbie Farnworth at centre and Anthony Milford at five-eighth. Jake Turpin starts at hooker. For the Sharks, Conor Tracey is at Half-Back with Chad Townsend out due to injury. Josh Dugan and Jesse Ramien are out due to hamstring injuries, Briton Nikora starts in the back row.

With the Tigers big favourites over the Warriors and a decent over/under total, the Tigers backline could eat. The reshuffle of the Broncos spine does not give me confidence so I’m keen on Sharks options in the 2nd game.

WFB: With the Tigers big favourites 1st up then Tigers backs such as David Nofoaluma $13,200 and Tommy Talau $9,210 could be in for a big night. Nofoaluma is my target with 10 tries on the season and his ability to break tackles on hit-ups or in attacking raids. Apart from a huge game against the Titans, Roger Tuivasa-Sheck $10,860 has struggled to reach a consistent fantasy score in this campaign. The price has come down but just cannot trust at the moment. Sione Katoa $10,320 is back where he should be, although his 28 fantasy point effort probably meant he was min price last week. Expect a bounce back at much lower ownership. Tough to trust Warriors and Broncos pieces here.

CTR: 4 options from the Broncos here after their constant reshuffle of the backline but Kotoni Staggs $10,970 is the only one with a ceiling. Returned last week and spent most of time behind the try line waiting for conversions but this could be more competitive. Chris Lawerence’s $8,390 time at Centre continues and his scoring is solid at his price. Yet fellow Centre, Moses Mbye $8,370 will be the popular option for his goal kicking and is first pick for me. Jackson Ferris $7,000 is a late call up for Josh Dugan and at the min price could be great salary saver on this slate.

HALF: Benji Marshall $13,280 has been huge since his return to the starting side, leaving Luke Brooks $8,600 on the bench. Will relish playing his fellow international players on the Warriors, so expect a quality performance. Fellow Kiwi international Shaun Johnson $14,220 is also in for a big night against the Broncos after scoring 57+ in 3 out of his past 4 games. Tom Deaden $8,760 should be better 2nd game back and is of value if he can get to 35/40+.

2RF:I wrote last week to get Patrick Carrigan $16,110 into your lineups and that does not change on a small slate. Returning Briton Nikora $13,840 will give you a great score but his price will scare a few away. Will be underowned here. Jazz Tevaga $13,670 is a personal fantasy favourite of mine and just beasts when he is on the field. I don’t mind if he plays 50 minutes because he can go 1FP a minute. With a lack of pay up options you may need to spend your salary here. Luciano Leilua $13,790, Elise Katoa $10,950 are the two that appeal.

HOK: With all the cash spent at 2RF, then it is going to be hard to get up to Harry Grant $16,490 who continues to be sensational for the Tigers. But I’ll expect dual positions options of Billy Walters $9,730 and Connor Tracey $8,600 to be filling this position to save salary. Walters appeals due to the spread and likely to be the highest owned here. Jake Turpin $12,390 returns to the Broncos but his price is still high from his one off 65FP score. Don’t mind it at low ownership.

FRF: If you have the salary for Payne Haas $17,270 then congrats on the 70 fantasy points you will be entitled to. Although it is the NRL and things can happen but Haas week in week out just churns out high scores. Jamayne Taunoa-Brown $8,510 is the standout cheap option if JTB starts, although he has not passed 35FP since the middle of June. The returning Oliver Clark $9,340 is another value option to plug in. If you want to go super contrarian then the Sharks options of Aaron Woods $12,650, Toby Rudolf $11,580 and Braden Hamlin-Uele $10,240 are all over $10K.

Final Word: Having a hard time seeing how short the Broncos are at home coming off a drubbing. But expect a bit of ownership from the forward pack. Target the Tigers backs but don’t forget the Sharks options! Good Luck!