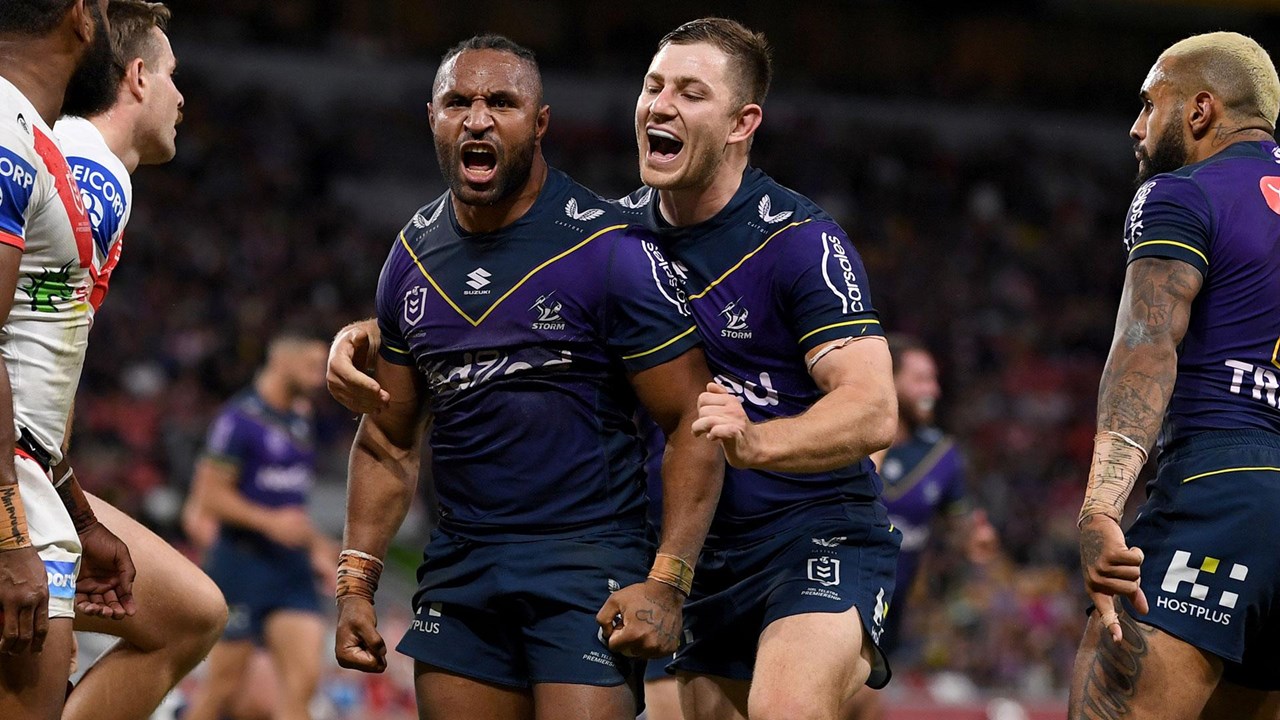 Our lone Saturday night fixture features the perennially excellent Storm “hosting” the battling Titans at Sunshine Coast Stadium. Despite their fair share of injuries to key players, the Storm are cruising at 10-2. The Titans on the other hand have not been able to get their defense in order, sitting in the bottom 5 for points conceded and 5-7 on the season. Both teams will be missing a number of key players due to Origin.

Draftstars has a $12,000 contest with $1,046 to first place. There are also smaller contests in the Mini and the Micro.

The Storm are missing all of Ryan Papenhuyzen, Cameron Munster, Harry Grant, Josh Addo-Carr, Felise Kaufusi and Christian Welch to injury or Origin. Daniel Ieremia will play on the wing; Cooper Johns continues to pair with Jahrome Hughes in the halves. Many of the above players have been missing recently anyway, so the team remains mostly unchanged.

The Titans are also missing key players, with AJ Brimson, Mo Fotuaika, Tino Fa’asuamaleaui and David Fifita all playing for the Maroons. Beau Fermor also goes out with injury. Unlike the Storm, all of these players have been available, so Jayden Campbell comes in on debut at fullback, Jaimin Joliffe starts at prop, and Sam Stone at 2RF. Sam Mcintyre is named at lock, with Tyrone Peachey to return on the bench. Jai Whitbread and Joseph Vuna come onto the bench as talented young forwards that haven’t been seen for a while for various reasons.

With so many changes it’s hard to get a read on the game. I give the Titans more chance than their odds suggest, but the Storm still have an impressive “second-string” spine with Nicho Hynes almost the “form” player in the NRL, and Hughes and Brandon Smith are both playing great.

Olam was cruising along at a 40 average on the season until a couple of stinkers the last two weeks. With no Addo-Carr he could see a little more ball and is a great candidate to bounce back to his normal scoring. A little price dip is helpful, as is a lack of any cheap options at his CTR position.

Eisenhuth is another player who was disappointing last week, but we can put that solely down to a failed HIA after 30 minutes. Hopefully he’s overcome any concussion symptoms and will be at full health for this game. With Felise Kaufusi out the plan should be for him to play 80 minutes, in which case he’s good for 40+ points. We saw his upside with a 55 two weeks ago, and his dual position is handy if you’re not convinced by some of the CTR options.

Seeking out a token Titans option, McIntyre has caught the eye as someone who is capable of scoring well when given the right opportunity. He put two decent scores together in Round 7 & 8, and now could get some extra minutes if he does indeed start the game at lock. The danger is Tyrone Peachey on the bench limiting his time.

If Peachey starts, I have no problem playing him. That will be a good indication that he’s going to get his normal 50-60 minutes in the middle. From the bench I will fear that McIntyre might be given a crack at the role which will limit Peachey’s upside. Add the fact that the Storm are a stingy defensive unit and I struggle to see Peachey getting the 55+ points he needs to be relevant at this price.

Sami scores a little better at centre than on the wing, and again faces an uphill battle against the Storm. With his price a fair bit higher than I think it should be, I want to look elsewhere at WFB/CTR.

Preston’s son is making his debut at fullback this week. The little snippet I’ve seen of him suggests he’s slim and elusive, but no idea if he’s up to the challenge at this level. At minimum price he could be worth a shot just in case he hits the ground running, but of course he could also score 10 points and ruin your lineup. 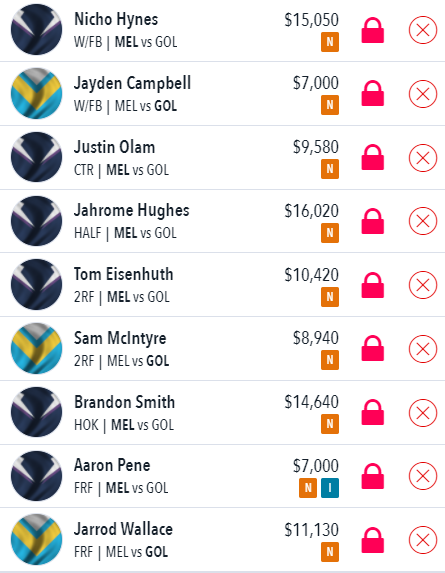