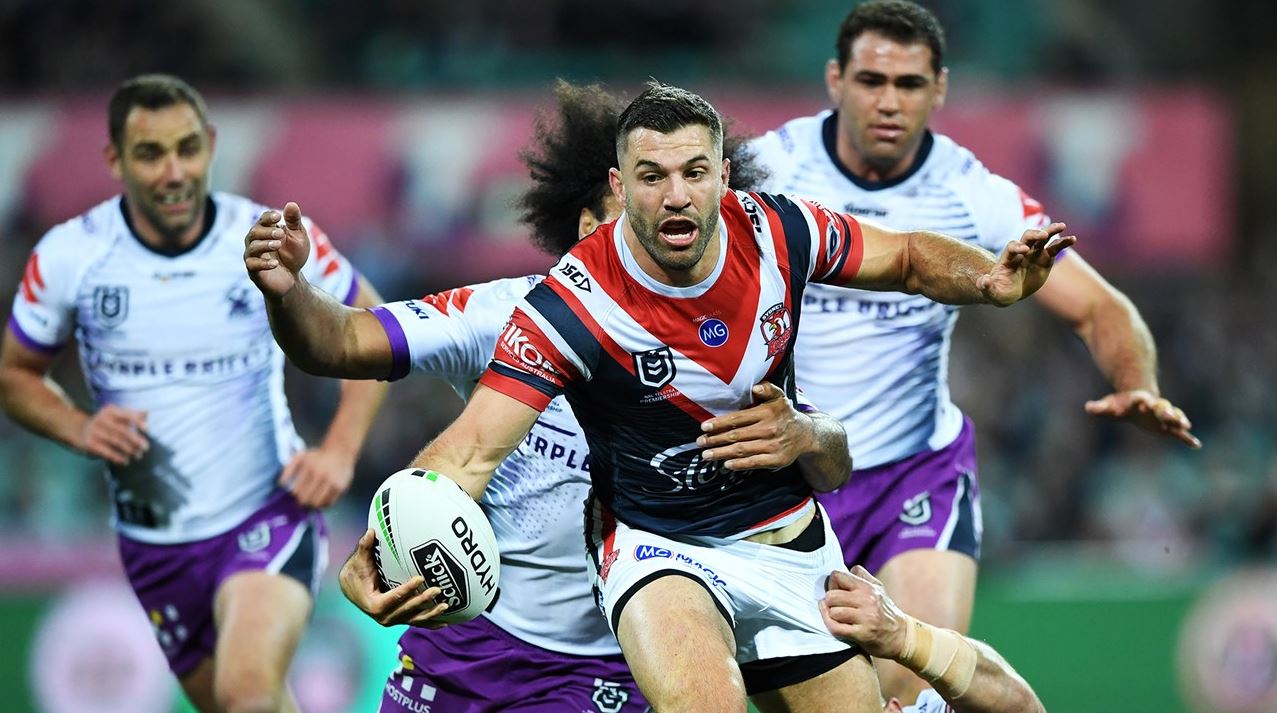 We kick Round 14 off with what should be the game of the week. Two powerhouse teams sitting comfortably in the top 4. They last played in Round 8 when the Storm won a golden point classic 27-25. Further into the season both teams are managing some injury issues, and both defences are tough to crack, so I won’t be expecting as many points as they put up last time.

WFB: All of the value here is on the Roosters side of the ball. I talked up Ryan Hall $8,170 last week, and I’ll continue to do that until he finally starts scoring tries. He’ll hit value without a try, so he’s the safest play we have. Matt Ikuvalu $8,890 is also a reasonable play, although he’ll probably need a try to get there. James Tedesco $15,130 is coming off a stinker last week, so it’s a great time to jump back on board while the price is a little lower and ownership more reasonable. Josh Addo-Carr $8,980 and Suli Vunivalu $8,260 are both worth a punt if they can cross the line. Ryan Papenhuyzen $13,890 is my least favourite option, he’s gotten too expensive and has as many floor games as good ones.

CTR: I said I don’t see a huge amount of points, and that brings me straight to Mitch Aubusson $11,810. Josh Morris $9,500 is back, sending Aubusson back to the back row where he can rack up 40+ points in tackles alone. Morris himself is a bit expensive but far more playable than Joseph Manu $13,200 who is unlikely to get the 50+ points he needs at that price. Both Storm centres are pure punt plays needing a try to be relevant, so Justin Olam $8,410 and Tom Eisenhuth $8,350 aren’t really on my radar.

HALF: There is a cloud over this recommendation, as Kyle Flanagan $12,650 is floating in the reserves and could get a recall. If not then I saw enough from Lachlan Lam $10,390 last week to want to play him at that price. He was involved in attack, defended well and had a pretty decent long kicking game. Ryley Jacks $9,270 is in a similar spot at the Storm, but has a history of middling scores which means I only like him as a salary saver to jam in some higher priced forwards. Luke Keary $11,690 and Jahrome Hughes $12,710 likely have the highest ceilings, but I’m not feeling good about them reaching those heights in this game.

2RF: There is almost too much value here, but none of it is a sure thing so my recommendation is to use two of the four guys I’m about to recommend in most lineups. From the Roosters I’m talking about Sitili Tupouniua $10,020 and Isaac Liu $10,230. Both are getting the benefit of injuries in the Roosters forward pack, and their prices haven’t gotten high enough for their roles. From the Storm, Felise Kaufusi $10,810 and Dale Finucane $11,050 have gotten cheap again, and both should be able to get through enough defensive work to be safe plays. If I have to choose one of the bunch it’s Tupouniua, he’s dynamic and showed his huge ceiling last week.

HOK: Jake Friend $13,470 went off last week, and I’m backing him to do it again. He seems safe for an 80 minute role, and 50+ tackles is his thing. At the same price Brandon Smith $13,350 is more likely to get a rest, and doesn’t get through anywhere near as much defensive work. The only reason to choose Smith over Friend is gambling on an injury for Friend, which could be worth doing in say 20% of lineups. Lachlan Lam is also very playable here if you need to save the salary.

FRF: Much like second-row, it’s hard to rule anyone out here. I do like Jesse Bromwich $9,320, he got 60 minutes last week but didn’t do much with it. If he can get 50+ minutes again I expect a better performance and the safest value at the position. The other standout is Lindsay Collins $8,740, who is erratic but has shown some great scoring ability this year. He has a safe 40 minutes minimum, and a 40+ score is huge at his price. I don’t have anywhere near as much faith in Christian Welch $9,750, but he is also cheap to win the slate with his 45-50 minute role. Finally, Siosiua Taukeiaho $14,480 has little value at that inflated price, but he showed his enormous ceiling last week so if you can jam him in with all the other value available it could be the right play.

Final Word: This is the NRL, and the Storm are a good team, so feel free to get funky with some Storm stacks or wildly mixed up teams. Good Luck!