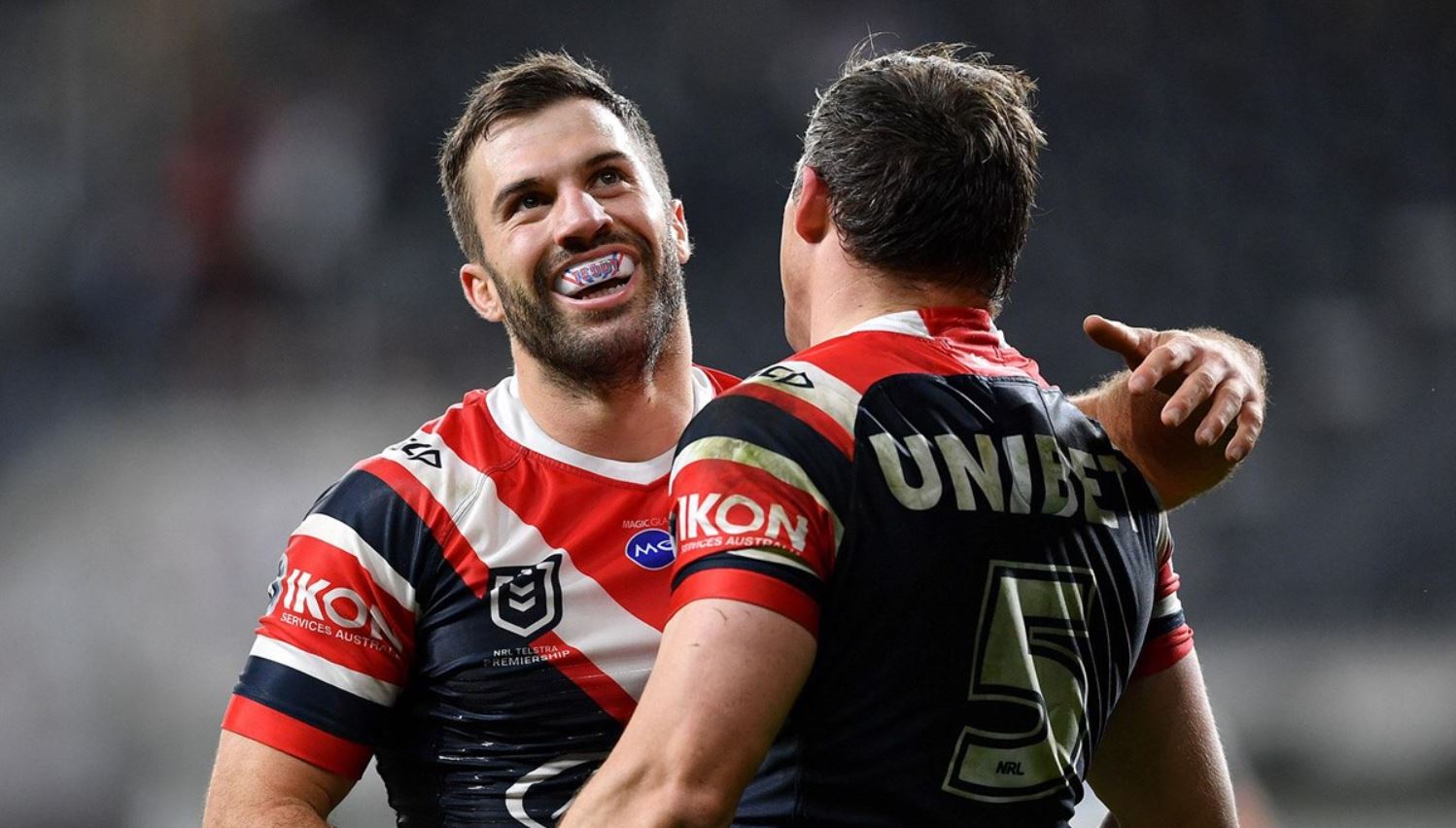 Super Saturday edition 15. I have to say it’s not the best slate of games, but sometimes you need to give these things a chance. I’m not really expecting any upsets, but the Raiders haven’t blown anyone away lately (until getting the hapless Broncos last week), the Roosters are missing plenty of players, and the Rabbits are far from trustworthy this season. There is plenty of value to be had across the board, so lets get stuck in.

WFB: The popular plays in the early game will be AJ Brimson and Nick Cotric. Both got the job done last week and are still priced attractively for their huge upside. Jordan Rapana and Charnze Nicoll-Klokstad are both solid plays, but I’m going to suggest Phillip Sami as a sneaky option who can big on his day. It’s hard to see the Tigers scoring many points against the Roosters, so I’m only looking at Adam Doueihi who has the best chance to get involved in the play at a nice price. I’ll be going out of my way to fit James Tedesco in as many teams as possible. He hasn’t had a monster score for over a month now, we surely won’t have to wait much longer. As I said at the start, I’m not convinced by the Rabbits, and from that game I only have a minor interest in Latrell Mitchell and am happy to use Reuben Garrick as a value play given his one previous game as a starting fullback showed around 40 points in base stats.

CTR: Now it’s time to lean on some favourites, with all 3 teams having an option that I love at centre today. The Raiders actually have two, with Jarrod Croker and Curtis Scott both too cheap and every chance to show us something better than their mid-40s ceilings so far in 2020. I still can’t stomach the price on Joey Manu, but I’ll happily have a bit of Josh Morris. Finally he’s a little more expensive but I really do rate Campbell Graham highly and he scores well at the position, so I’m happy to spend that extra salary in some of my lineups.

HALF: I said I wasn’t sure what to expect from the final game of the slate, but thankfully all the value at half seems to be in the early games. I’ll keep spruiking George Williams until he gets back to the 14K mark, and I think that is some merit in taking a couple of punts on Ash Taylor who has an okay floor at that price but will win you the slate if he goes anywhere near his ceiling. Kyle Flanagan and Drew Hutchison are both solid values, but I’m more drawn to Luke Brooks who surely has to return to the 50 point scorer he was in 2019 and the first half of this season. For sure the dynamic has changed at the Tigers, but as long as he’s on the field I’m investing in him at this price.

2RF: I was falling over myself to recommend John Bateman last week, and he smashed it. He got a bit of a price rise, but nowhere near enough to stop me going hard at him again. He’s just a freak of a player. There is plenty of value to pair him with, my favourite of which is Sitili Tupouniua and Nat Butcher who should both continue to relish their starting opportunities while the Roosters are banged up. Jayden Su’a and Bayley Sironen also look attractive as cheap starters, but be careful not go too hard with some poor recent scores showing off their low floors.

HOK: Both Jacob Liddle and Tom Starling served us well as cheap hookers with solid 50 minute roles last week. They’re both busy, they both remain cheap, and I prefer both of them to Nathan Peats who is little more than an ageing tackle bot at this stage stage in his career. If you have the extra salary to get up to Damien Cook, then he’s similar to Tedesco in that it’s been a month since he’s smashed it out of the park and I don’t want to miss out on that next huge score. If he only continues to score 50s it won’t hurt you too badly.

FRF: There are some more attractive value plays here, the first of which is Jarrod Wallace. He’s been out of favour getting max 30 minutes off the bench for months now, but with Jai Arrow out he has the chance to start again and should see 40+ minutes and a matching points total. That’s plenty at his price. Russel Packer is the other cheap starter I’m interested in, although for a little more we can get the much bigger ceiling of Jared Waerea-Hargreaves, who is hopefully fresh on his return. Taniela Paseka looked busy last week, with offloads galore, and he’s still a solid play despite the price rise. If you’re looking to spend up at this position it’s hard to split the options, but it’s hard to go past Martin Taupau and Siosiua Taukeiaho who can’t go too far wrong at the 14K mark.

Final Word: Like I said, there is a lot of value and some of it could be fairly chalky. I suggest don’t worry about that today, play the good plays and maybe look for one or two unique options at a position like WFB or CTR where random tries can influence scoring so significantly. Good Luck!