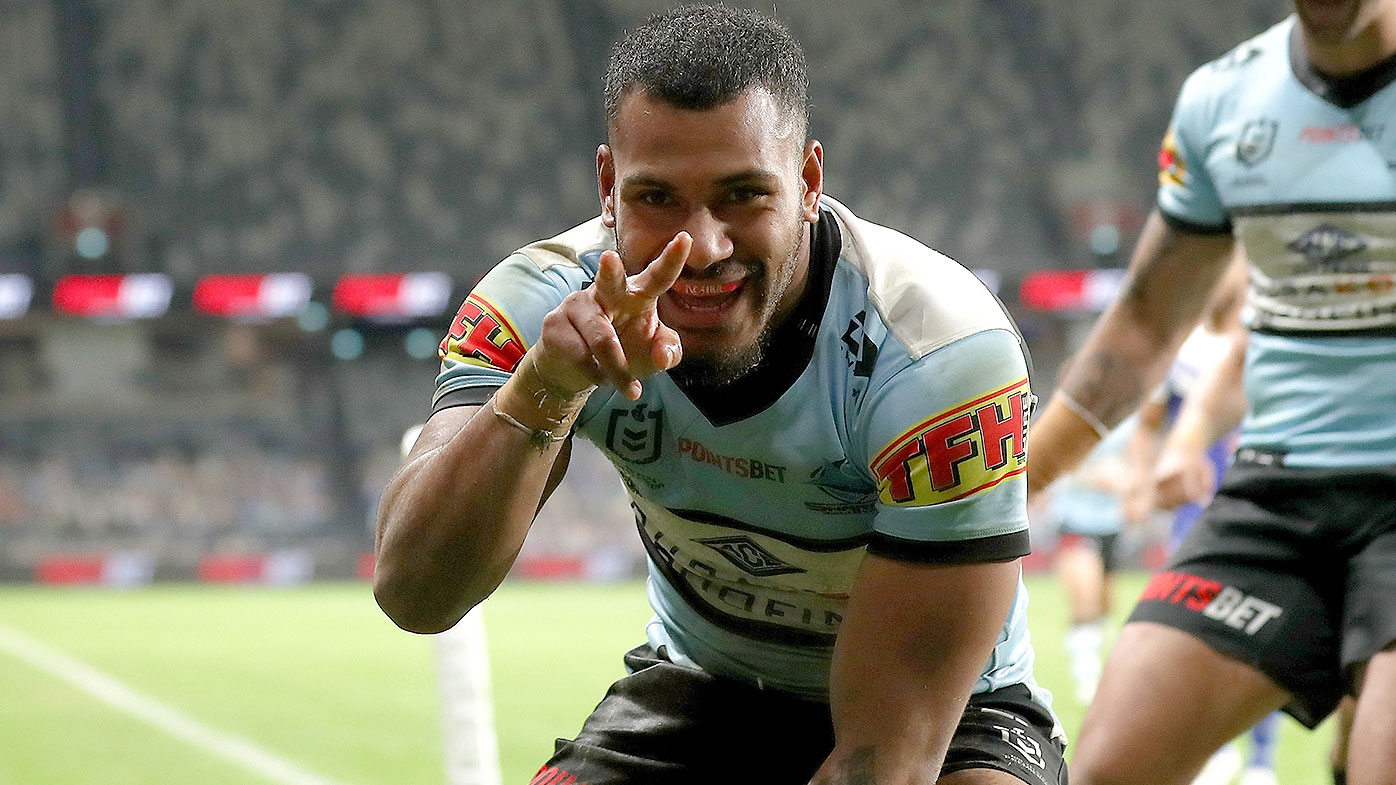 This is not a blockbusting Super Saturday at all, but it’s still Saturday. 3 games of footy, a juicy big DFS slate, and lots of opportunities to take a stand against the field. Other than the Panthers all of these teams have their fair share of issues at the moment, so the bookies odds are far from gospel. Having said that I do like the chances of each of the favourites, and I’m making my plans accordingly for now.

WFB: We have a few good value options from the favourites so let’s run through them quickly first. For my Knights Kalyn Ponga is always a good option when the other team doesn’t manage to knock his head off, and this week is no exception. Hymel Hunt and Starford To’a have both shown some nice scoring as long as they can get a try. Probably the strongest value is to be found in the Sharks back 3, with all of Sione Katoa, Ronaldo Mulitalo and Will Kennedy very cheap. Katoa has the monster ceiling that we covet for GPP wins, so he is my preferred play. Both Josh Mansour and Brian To’o are workhorse wingers who finish a try, so I’m happy to play both. Dylan Edwards is a little expensive but still worth consideration if you have the salary remaining for him. Adam Doueihi is probably my main interest from the other teams, with a huge performance last week and another big ceiling game recently. He seems to be growing into his fullback role nicely.

CTR: A similar story here, with backs from the favourites seemingly the strongest plays. Gehamat Shibasaki and Enari Tuala are both thriving under Adam O’Brien, and putting up some nice scores. I like the idea of Shibasaki against Perham and Jennings in defence. Josh Dugan has a nice little scoring run going, and Jesse Ramien had a big one last week. Both are volatile so a small share of each is all I can recommend. Stephen Crichton has dropped a little in price, but he’s still scoring well and I have no hesitation is saying he’s the best play of the lot. I can’t see Joey Leilua working hard enough in defence to contain him all night. Again I don’t think we need to worry about anyone on the projected losing teams.

HALF: Connor Tracey is a running player, so I’m not confident in his base scoring, but he’s very cheap for a starting half on a good team. A few shares of him is a good idea. Luke Brooks nearly paid off last week before slowing down late, I’m still happy to invest in him at this price until the 50+ scores return. Nathan Cleary has gotten a little cheaper and is the best scorer on the slate, so don’t hesitate to use him if you can afford it. After that it gets a little more murky. Jarome Luai and Chanel Harris-Tavita are a couple of exciting youngsters that can pay off their sub 10K salaries with a couple of big plays if it’s their day. Shaun Johnson and Michael Morgan are a a couple of expensive guys that will be running their teams solo, so the potential is there for Cleary like scores at a bit of a discount.

2RF: The likely value play is Eliesa Katoa, who has showed a lot of scoring ability in his rookie season and is nice and cheap after a lean run returning from injury. I’m also into Aiden Guerra at a similar price with 45+ scoring history and a fairly soft matchup to take advantage of. I don’t love any other value options. Tohu Harris is a safe way to spend a lot of salary if that’s what you need, but it’s not a great GPP play. I prefer Lachlan Fitzgibbon to his now expensive teammate in Mitch Barnett. Barnett is on fire, but Fitzgibbon can do plenty of damage if the Knights get on top.

HOK: You can use Connor Tracey here, but it’s hard to go past his teammate Blayke Brailey. With Tracey starting Brailey no longer has a utility to worry about and he’s just too cheap for his 40+ scoring as an 80 minute guy. Mitch Kenny could present similar value although I’m less confident in his minutes with Tyrone May an option on the bench. Kurt Mann has looked pretty decent so far playing big minutes in the role, so he’s not the worst option although there isn’t any great value at his price. I think I’ll give Harry Grant a miss on his return from injury, with Jacob Liddle likely to be used to ease him back into action.

FRF: James Fisher-Harris is far too cheap! Even if he hadn’t been shifted to lock I’d say that, but the move means it’s likely he gets some extra minutes and gets to value comfortably. Teammates James Tamou and Moses Leota are also nicely priced for their upside as starters, so get some shares of them. I like both David Klemmer and Josh McGuire as premiums that shouldn’t let us down given how important they are to their teams with key forwards missing. Lachlan Burr and Jamayne Tanoa-Brown have been doing my head in. I’m waiting for Burr to have his big bounce back game, but JTB seems more trustworthy right now and is a little cheaper.

Final Word: Lots of different options on this slate. I’ve focused mostly on the idea that the favourites will get the job done, but don’t be afraid to stack the underdogs if you like their chances. I could see a random Cowboys win for example. Good Luck!