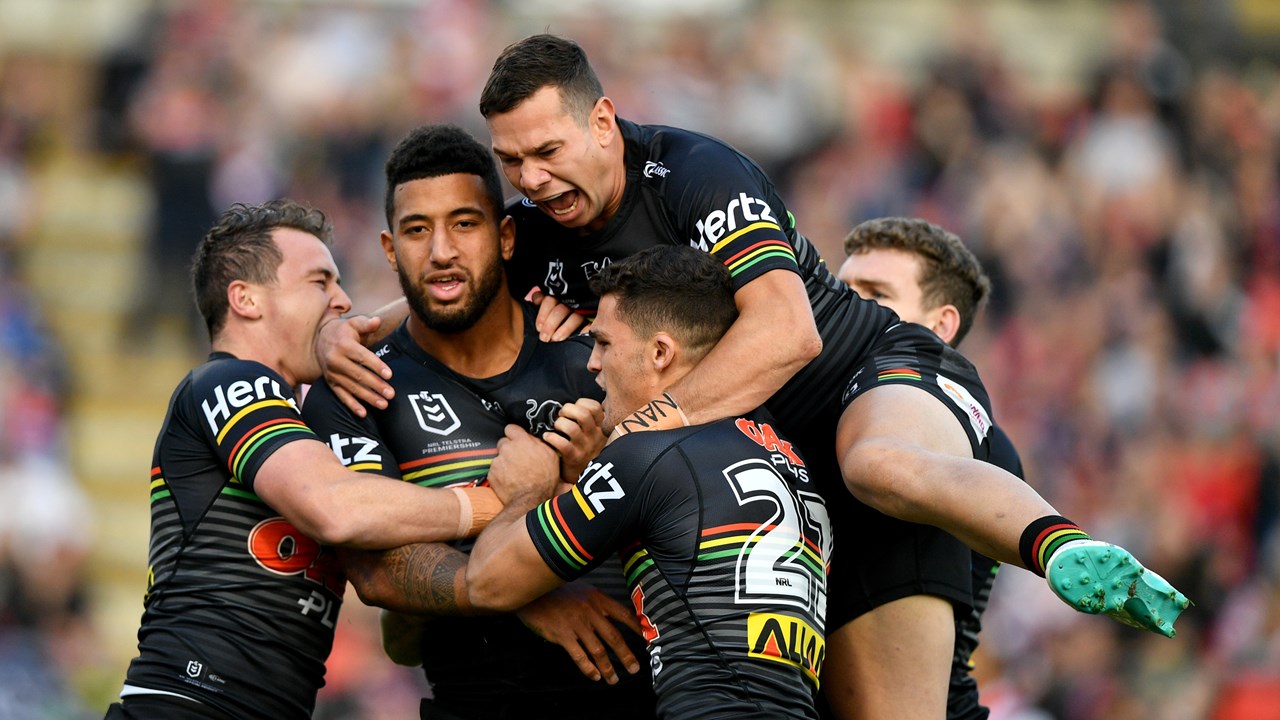 Well, the betting lines don’t get any more lopsided than this one, and the last few Broncos games I’ve tried to watch have resulted in a channel change before the 20 minute mark. Can they put up a fight in this one?

Draftstars are back with Australia’s best fantasy contests and have posted a $15,000 feature contest in the lobby!

Payne Haas returning is the only real positive I can see, and he can’t overcome the serious issues in the Broncos spine. The promise of Tom Dearden is about the only thing to like in that department. The weather looks good, lets get into some picks.

WFB: Obviously the Panthers backs will be very popular, and I expect Josh Mansour to lead the way. He’s a tad too cheap for his normal output, and he gets to run at a leaky right edge. Brian To’o scores just as well and the left edge is no better for the Broncos, so play him as much as you like also. The extra spend for Dylan Edwards is a little hard to justify, but he does have the biggest ceiling of the lot so definitely get some shares of him. If I’m interested in a Bronco it’s probably Herbie Farnworth, who scores much better at centre than wing and is reasonably priced after a couple of games wasting away out there. I wouldn’t get sucked in by the good 3 game average on Corey Oates, he scored most of those points playing in the back row.

CTR: Brent Naden is a perfectly fine play with the potential to score a try or two in a thrashing, but I’m looking to spend up to get the stud output of Stephen Crichton. He flashed a ceiling of 70 earlier in the season, and this is exactly the type of game where he could do that again. Kotoni Staggs is the Bronco I’ll consider for contrarian lineups. His price and tough matchup should turn enough people off, but he’s a very competent fantasy scorer who can snap off a huge play at any time.

HALF: Jarome Luai should be popular as an affordable option with a 60+ ceiling. He’s a good play, but so is Nathan Cleary and his 100+ upside. Use whichever one fits into your lineup with remaining salary. I do like what we’ve seen from Tom Dearden lately, but in this matchup I prefer to take a punt on Sean O’Sullivan with the big discount. I have O’Sullivan and Dearden as similar scorers, hence my preference for taking a shot at O’Sullivan in this one.

2RF: I’ll start by saying do not play Ben Te’o! I was guilty of hoping he might eventually score well with the starting role, but he hasn’t shown anything yet and this is not the matchup for him. We’re much better off spending the extra salary to get Viliame Kikau who hopefully will be fresh and ready to rip into the soft Broncos at a nice price. You can pair him with any of the options above him. I love the massive ceiling of David Fifita, I don’t really care how tough the matchup is. Liam Martin is on absolute fire at the moment, but that comes with a big price rise so I’m wary of investing in him too heavily.

HOK: As long as Api Koroisau doesn’t come into the team late, Mitch Kenny is a lock. He’s managed 80 minutes for 50 points the last two weeks, and that’s a lot better than whatever we’re likely to get from the Isaac Luke/Corey Paix timeshare.

FRF: This is the only place where my favourite plays are Broncos. Payne Haas is an animal, and he should be motivated to rip in after his suspension. He’s expensive, but actually still reasonable for his reasonable 70+ scores. Rhys Kennedy is a chance to give a value game of around 40 points, but I’m also interested in pivoting away from him and down to someone like Zane Tetevano or Spencer Leniu. My logic is that if it is a blow out they could either get some extra minutes or jag a try and be handy low-owned players. In between we have James Tamou, Moses Leota and James Fisher-Harris as the starting Panthers middles. Leota has never played more than 40 minutes in his 3 seasons, so I’ll give him a miss at that price and look to the other two as playable options.

Final Word: This doesn’t really seem like a chance to be very contrarian, the Broncos are a hot mess. At most I can see one Broncos back and a couple of forwards contributing useful scores, so be selective if you’re trying to use them as contrarian pieces in your lineups. Good Luck!