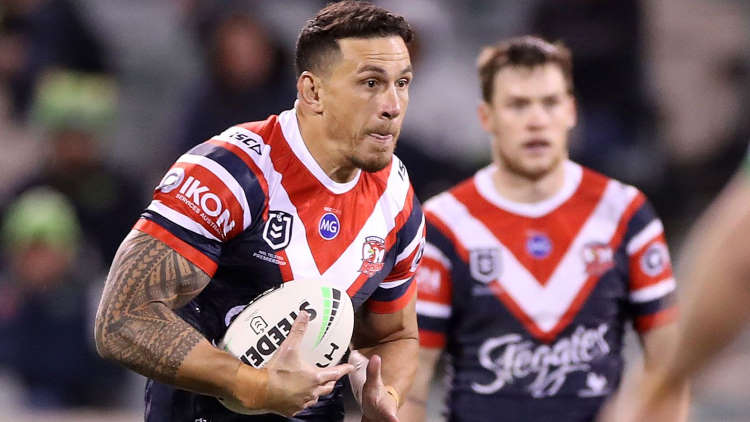 There’s only 3 Super Saturdays left, better not waste this one! This is certainly an interesting set of games, and it’s honestly hard to know which one has the most potential to deliver some fantasy goodness.

The Dragons seem to be struggling a little, as they often do late in the season. That gives the Raiders a good chance to rack up some points. Who knows what will happen in the Queensland game, but we have to admit that the Broncos were slightly better last week. The Knights will be missing a couple key players in Kalyn Ponga and Mitch Barnett, so the Roosters should certainly win, but will it be without a fight? Not sure.

WFB: There is some nice value here, but as always this is a very volatile position and it is best to spread ownership around if entering multiple teams. Matt Dufty’s form has dropped away dramatically in the last month after absolutely flying for a while. This is a tough matchup, but at that price he’s someone I’m willing to take a punt on. A much safer play who is also a little too cheap is Daniel Tupou. He’s looked his usual self since returning from injury, and gets the softest matchup on the slate with an undermanned Knights team. Nick Cotric to pick on the Dragons and debutant Cody Ramsey seems like a great play from the early game, we know that Cotric has a massive ceiling and is priced fairly. James Tedesco and Brett Morris are the other Roosters backs that could put up a cricket score if the late game gets out of hand. I’m reluctant to recommend any Broncos or Titans backs with that game seeming like an unknown mess, but I guess Herbie Farnworth is the one who can beat his price point very easily with a bit of luck. And hey, Corey Oates was a top winger not so long ago (pre-Seibold), maybe he jags a couple of tries?

CTR: Like last week, I’m looking closely at Joseph Manu in a good matchup and preferring him to the more expensive Josh Morris. It’s a similar story for Zac Lomax and Euan Aitken, although their prices are a little closer. It’s not the best matchup, so I’m only really considering a slightly underpriced Lomax. I’m not sure if I like either of Jarrod Croker or Jordan Rapana in particular, but both are cheap and only really need a try to reach value, so should be considered.

HALF: There are lots of good options here, the safest being the trio of George Williams, Kyle Flanagan and Luke Keary. All three are underpriced, playing for big favourites, and can be paired up with some of the backs mentioned above for some correlation plays. I am more interested in the Broncos and Titans options at this position. I’m putting a line through Jamal Fogarty because I prefer the salary savings from taking a punt on any of Ash Taylor, Sean O’Sullivan or Tom Dearden. O’sullivan interests me the most, he looked okay last week when running the ball and I think the Broncos can finally get a win in this game.

2RF: I’m still focusing on this big favourites, because the edge forwards are the type of guys to fall over the line once or twice in a big win. Elliot Whitehead and Boyd Cordner are the value options for each team who aren’t afraid of scoring tries. I’m still willing to pay up for John Bateman because he’s one of the few players who can score 100 points on this slate (although 70 would do). David Fifita is one of the others that can do that, and we get him at a bit of a discount this week. He’s off to the Titans in 3 games time, but for now he might just be motivated to show them what they’re getting and run amok.

HOK: Usually we can find some safe, standout value here. Today, not so much. Everyone except Jake Friend has a backup on the bench (I wouldn’t be surprised if Freddy Lussick makes his way back in). My instinct is to prefer the two cheapest starters in Isaac Luke (coming off a strong game) and Tom Starling (dynamic young talent scoring well). Having said that, I honestly think you can play everyone that is above them just as easily if they fit into the rest of your roster construction.

FRF: Might as well finish off with some more Roosters and Raiders. Ryan Sutton and Joseph Tapine have both been very productive in starting roles recently and should be good play. Jacob Saifiti also looks to have some upside int hat price range, although his brother returning on the bench is a worry for his minutes so tread carefully. At the higher end of the pricing I don’t mind most options, although I won’t be touching Josh Papalii after an injury issue last week which will surely see him managed if he takes the field at all. Mo Fotuaika and David Klemmer are the kind of big minute offloading props that you can anchor a lineup around, and of course Payne Haas and Pat Carrigan are both fantastic scorers if you can somehow find enough salary to squeeze them in.

Final Word: If I’m looking for any kind of contrarian advantage on this slate, I’m targeting the Broncos and Titans game, and in particular looking closely at few Broncos. The Knights fan in me is hoping that their stout defence might be able to contain the Roosters enough to give the other games a chance to win you the slate. Good Luck!