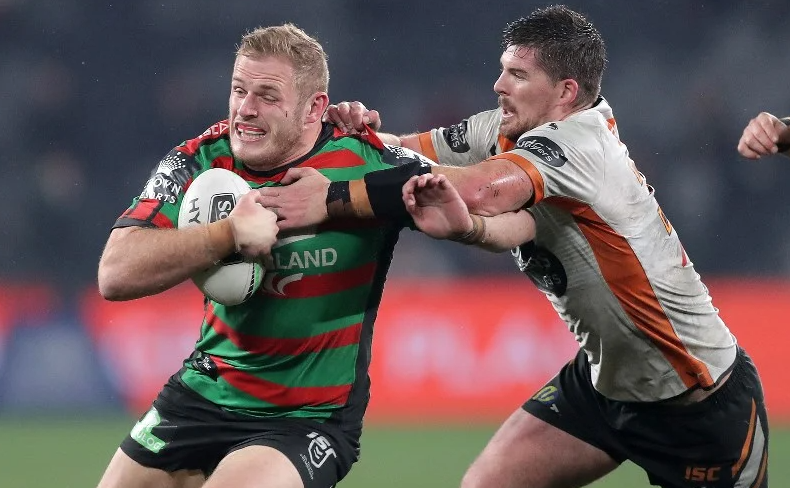 Finally a Thursday night slate without the Broncos or the Roosters! Okay, there has been a few, but it does feel nice to not have a write about the Broncos on a single game slate.

The Rabbits are coming off a tight loss to the Storm, while the Tigers had a miraculous comeback to beat the Eagles in a thriller, and should be in good spirits. Tevita Tatola is out, Dane Gagai is in and Jed Cartwright gets a game off the bench with Liam Knight starting. The weather should be good.

WFB: Corey Allan looks a different player this season, and his current fullback role is only helping. It didn’t amount to much last week in a tough matchup, but you need to consider him strongly tonight. Alex Johnston also has massive upside if/when he crosses for multiple tries. Moses Mbye was solid at fullback last week and remains a little too cheap for his scoring history at the position. UPDATE: Reports that Moses Mbye is out of the team due to injury. Adam Doueihi and David Nofoaluma both dominated last week, and they’re not the type of players that I’m willing to ignore after a big game. With high involvement rates they can score huge at any time.

CTR: Okay, I’ve been touting Campbell Graham for weeks with good success, but his price has gotten too high and he has to stop scoring tries eventually. It’s time to ignore him and move on to the likes of Mbye, Doueihi and BJ Leilua, all of whom have big upside at their respective prices. If we’re lucky we’ll get Leilua at low ownership after some quieter games recently. The only Rabbits player I want to consider here is Steven Marsters, who has shown a good level of talent so far and looks like he’ll be a good scorer as he gains some experience.

HALF: Another player I’ve been touting for weeks is Luke Brooks. He finally paid off with an even 50 points, and I’m keen again. The difference is that Benji Marshall has now dropped down to the same price range, so I think even shares of each of them is the prudent move here. Both Cody Walker and Adam Reynolds are a little more expensive, but their prices aren’t unreasonable so I think they both need to be played also.

2RF: I’m going to find it difficult not to put Cam Murray in every lineup, with his price well down and his scoring still hovering in the mid-50s. It won’t take much for him to get back into 60+ territory, particularly with less experience on the bench in this game. Liam Knight as a starter looks like the chalky value play, while Bayley Sironen is a worthy pivot after looking gradually more comfortable at the level and showing a 50+ upside a couple of times already. Of the Tigers options I’m most interested in Luke Garner, who is fairly priced, has a big ceiling, and has looked a little healthier in recent times after frequent injuries in the past.

HOK: This seems pretty straightforward. Damien Cook will play 80 minutes, Harry Grant probably won’t. They have the same sort of talent and scoring ability, but I’m going to take the guaranteed full game every time when there is no price gap to consider. Jacob Liddle is a worthless play.

FRF: As above, Liam Knight is the clear value. Tom Burgess has dropped in price and is still scoring his usual low 40s in most games, so he’s a fine play with 50+ point upside. I don’t think I can stomach Thomas Mikaele other than an extreme punt after looking ordinary in recent games, so my Tigers preference is Josh Aloiai who isn’t scoring as well as he was earlier in the season but is still a nice price if you ignore last weeks bad score. Alex Twal seems like he doesn’t quite have the high scoring role that he had to start the season, but if you have the salary to fit him in I still don’t mind it.

Final Word: I think this game is closer than the odds suggest, so I won’t be focusing to much on players from either side. I can see a decent core of strong forward plays and then rotate in a variety of backs to try to land that combination of random try scorers. Good Luck!