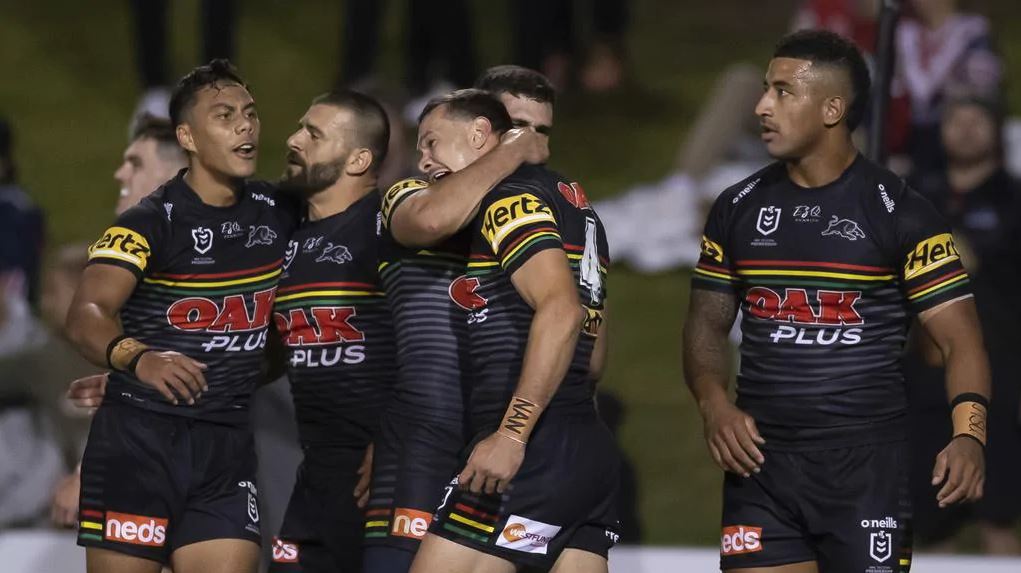 The NRL action continues on Friday with a double-header for Round 19. The two game slate kicks off at 1800 AEST on Friday with the Cowboys hosting the Panthers at Queensland Country Bank Stadium. Followed by the Broncos travelling to Sydney to take on the Eels.

Draftstars is the home of NRL Daily Fantasy and provides multiple contests including the featuring two $8,000 contests for the single game slates. A $3,000 contest is available for the 2-game slate. If you are playing the double-header remember to utilise the “player-swap” feature if we receive a surprise omission when the final 17’s are released.

Nothing like a couple of games that the favourites are really short. The Panthers and Eels still have motivation to improve their positions on the ladder, while for the Queensland teams, best to look forward to 2021. Best to keep these slates simple by backing in attacking players from the Panthers and Eels and look to blend in some value from the underdogs, especially in the forwards.

In fantasy relevant team news, the Cowboys could see back Jason Taumalolo after naming him in the 18 jersey. Corey Jensen starts at Prop and Francis Molo moves to lock. Gavin Cooper for now is starting but that could change on Taumalolo news. Mitch Kenny is in for Api Koroisau at dummy-half. Props Zane Tetevano and James Tamou have been given the week off. Moses Leota will start at Prop.

For the Eels, Reed Mahoney is expected to play from his shoulder injury. For the Broncos more widespread changes with Payne Haas out due to personal reasons and Rhys Kennedy suspended. Ben Te’o and Joe Ofahengaue start in the front row. Sean O’Sullivan is gone with Tyson Gamble given the keys to the 6 jersey.

WFB: I wrote last week that the Eels were going to have a tough time against the Panthers and that’s exactly what happened. 2 points from the whole team but now they get the best matchup against the Broncos. Last time these two teams met Clint Gutherson scored 60+ fantasy points and is one of the best value players at his price on Draftstars ($10,820). However, hard to trust the wingers (Maika Sivo & Blake Ferguson) who both scored under 30 fantasy points in the corresponding match back in May. Hard to resist those basement prices though. More safer but more expensive options are the Panthers back three (Dylan Edwards, Brian To’o and Josh Mansour) who most likely to be underowned against Eels Backs. Edwards has scored over 55 fantasy points from 4 out 5 games since his return from injury. Must be considered. Cowboys and Bronco options are for the thrill seekers.

CTR: Apart from Kotoni Staggs, none of these centres have 50+ upside so look to spend down here. The Eels' tough schedule (MEL / SOU / WAR / PEN last 4) has stopped the attack in recent matches so could be a good opportunity to get back on either Michael Jennings or Waqa Blake (especially Blake at $8,740). Look out for Brett Naden if you are building Panthers stacks who hasn’t scored a try in three matches.

HALF: Arrgghhh… My favourite pivot, Jarome Luai has been priced up to over $13,500 which is a shame because he has been so good playing on the left edge. So I am looking at either Nathan Cleary or Mitchell Moses. Moses has the better matchup and that savings over Cleary means I will have him as my 1st target. However that game long since the 12th June means Cleary is a lock if you have the cash. A rule of mine (well many actually), is to target halves from winning teams and you need to ignore the cost saving of Cowboys/Broncos options. They simply do not have the potential to provide many attacking fantasy production in these spots.

2RF: Wait for the final team's news from the Cowboys before piling into Corey Jensen who is picked to play prop. If it holds then look play him at FRF than here. Jensen is a fantasy point a minute player and should be good for 35-40 if he gets a decent crack at it. Without Payne Haas, I am straight back on Patrick Carrigan to provide another 100m+ and 40+ tackle effort. Barring injury, Carrigan is the safest play on the slate. Shaun Lane’s price is now creeping up to over $13K but still provides value if you think Panthers options are too expensive (Isaah Yeo, Liam Martin etc). David Fifita has had two 40FP games in a row but has the upside of tackle breaks and offloads in his game. Fifita is a good pivot from Lane.

HOK: With Koroisau out, Mitch Kenny is back and is one of the locks on the slate. Should play 80 minutes and just under $11K, he is a no brainer. For $600 more however, Reuben Cotter will have no ownership and is a big chance to outscore Kenny through tackles alone. Reed Mahoney coming from an injury and over $14K is a very hard sell. Play him in single slates but you want Kenny or Cotter for the double-header.

FRF: My favourite bench player Moses Leota gets the start for the Panthers. In his only start on the 3rd of September, Moses played 40 minutes and scored 48FP.  Outside of Leota and Jensen, other options look unappealing due to their salary. If you have the salary then the Eels pairing of Reagan Campbell-Gillard and Junior Paulo should torment the Broncos.

Final Word: As you can tell, not much love for Broncos and Cowboy options here. Look to invest in Eels and Broncos options and keep an eye out for team news if we can open up some more value.